Today was the day of our monthly crop, this time held at my house. I was happy to hostess this one since I don't think I'm going to feel like doing either May or June. LOL. Ironically I chose a sort of springtime theme to the menu, even though it's about 35 degrees outside with snow on the ground. It was a heavily sugared menu and it's a good thing I don't have gestational diabetes, lemme tell you.

Before I get to the menu, I want to say THANK YOU again to the girls for making me a beautiful baby scrapbook. It is so special... everybody made pages for this album which makes it such a great keepsake. They left spaces for photos so all I have to do is fill them in when the baby comes. I love it, girls!

I only remembered to take pictures of a few things, but I'll break it down for you. Cheese & crackers to munch on, just a simple trio of flavors with sliced sharp cheddar and some Whipped Cream Cheese w/ Chives (I love that stuff.)  Then I did my Chicken Caesar Pasta Salad which I absolutely love and you can tell that I love you if I make this for you and actually share it with you. I also made Heavenly Pink Salad which is like an ambrosia type of thing. It was really good, and I would make it again.

All this was served with a punch that is an old favorite of mine from home. I have good memories of this punch as a kid, it's served at any kind of reception, shower, party, or function. I don't know what it's called but it's supposed to be green with lime sherbet.... but nobody sells that around here so we had to use orange. It was still good.  I didn't quite get it as tart as it should be, but not bad for a first attempt. Hey guess what? I don't have a ladel. Not a fun discovery to make when you have people coming over to drink punch in about 5 minutes. Ha ha.

Onto the fun stuff.... dessert. We had Christina and Karen both with birthdays close to today so we had 2 different kinds of cakes. The coolest one was the Molten Chocolate Cakes, also known as chocolate lava cakes that they serve in restaurants in some places. Yum! I could not believe how easy these were. I did it a little differently from the recipe based on some of the comments. I did not use the double boiler because I don't have one, I just melted the butter and chocolate in the microwave and it took about 1:30, woohoo! How much easier can that be? I used 6 porcelain ramekins (6 oz) greased with Crisco and poured the batter in the night before. I took them out of the fridge about 40 minutes before I baked them. I think I did about 14 minutes in the oven, then let them sit and cool for several minutes before running a knife around the edge and dumping them out upside down on the plate. It was perfect! Still nice and gooey in the middle.  I think they were a big hit.... 6 chattering women suddenly got silent when these were being eaten. Ha!! 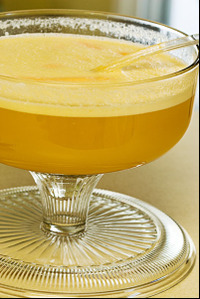 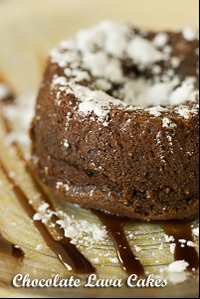 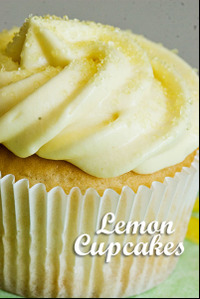 Lastly, I made cupcakes... white cake with lemon frosting. I couldn't find premade lemon icing so I had to make my own, and I used this recipe and just substituted lemon pudding for the vanilla. YUM. I loved how light it is... the only problem is that it doesn't set up as hard as buttercream so it kind of doesn't hold its shape as well. Especially when piped out of a bag.

Posted at 04:44 PM in Food and Drink, Scrapbooking | Permalink

i have got to make it to one of your crops! lol! not to scrap ... but to fill up my tummy! i'm a dessert girl at heart ... and yours look delicious! and to think ... i'm sitting here eating a bowl of "good&plenty" candy. not quite the same! lol!

I'm sure the punch was great! Looked good, along with everything else! Can't wait to see the album! Love mom

Had such a great time today--the food was to die for---if you don't watch it, we'll have to start calling you Martha! I'm so happy you like your album--we all put a lot of love into it.

You are just about one of the cutest pregnant people I've ever seen--your belly is so round! Can't wait to meet the little guy (and babysit too!)

Thanks again for an enjoyable time!
Luv ya,
Candy