Trying to turn a breech baby

Drew, as his first act of defying his parents, is still breech today after giving it Western medicine's best attempt to turn him around: the External Cephalic Version, or ECV.

We spent a long time in the hospital today to try this procedure,  which ultimately didn't work. Basically the doctor presses really hard on my belly and forcibly tries to rotate the baby in the uterus, pushing and pulling him around in the direction he needs to go. Drew did not want any part of it. He started to move, but snapped right back.  Yeah, it was painful and is not without its risks of fetal distress, but I just had to give it an honest try. Too bad it didn't work. It only has a 50% success rate anyway. 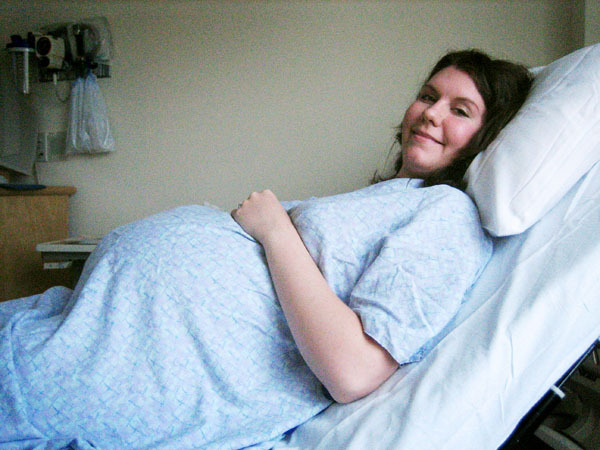 What's next? A c-section will be scheduled for a couple of weeks from now (probably @ 39 weeks) unless by some miracle he turns on his own between now and then.

After the version was done, I just had to lay there in the hopital bed for a couple of hours, hooked up to the monitor to make sure his heart rate was good and he wasn't showing any signs of stress. It was just like my usual nonstress tests that I do twice a week, except it was a really looooong one. I was sleepy for a while, and Dave and I just kind of dozed and hung out. Eventually after they decided I wasn't going to spontaneously go into labor, they let me order up a lunch. My first hospital food! It wasn't too bad. :)  It was a turkey and swiss wrap, fruit cup, and cookies. After it had been so many hours since breakfast, I was starved. 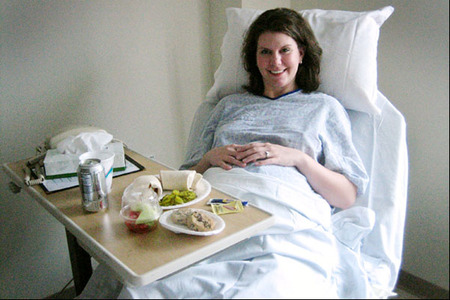 btw ... one of my daycare moms was talking today about how a friend of her's just stole her baby name ... which was "drew". not that she's expecting ... guess she just wanted that name in case she had another kids someday. when she said it i thought the name "drew" sounded so familiar ... but couldn't think why. totally forgot about you. how bad am i?!?! lol!

sorry to hear it didn't work ... and didn't sound like much fun either. lol! also that your little one is already defying your wishes. lol! and the food doesn't sound too bad for hospital food ... where's the awesome, creative shot of your lunch? i know you could make hospital food look delicious! lol!

Sorry to hear that Drew isn't turning the right way. I was stubborn as well and my Mom had an emergency C-section for me. I'll be keeping the fingers crossed...