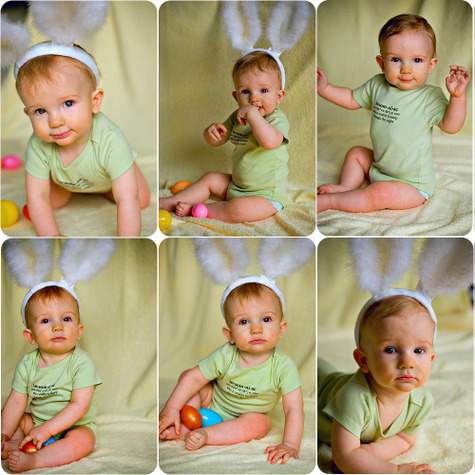 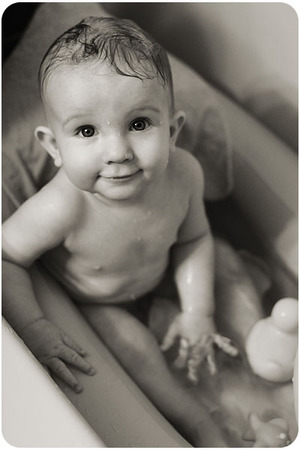 I LOVE this post - and the pictures are awesome. It makes me feel like I know the little guy!

adorable pics!!! the bunny ear are so cute ... but i really love that shot of him in the bathtub!

yes, this is a busy age! so crazy how much new stuff they start doing all at once! yeah, i lost the 3rd nap too all of the sudden. so niko is down to 2 naps just like haley ... except haley is almost ready to switch over to 1 nap. so then they'll be on different schedules again! lol!

Holy cow--already 9 months! He looks so cute in the bunny ears!

Good luck trying to keep up!!! It's amazing how fast they can get on just knees!

What a great post and pictures! You might miss it when he doesn't care if you go out of his sight.