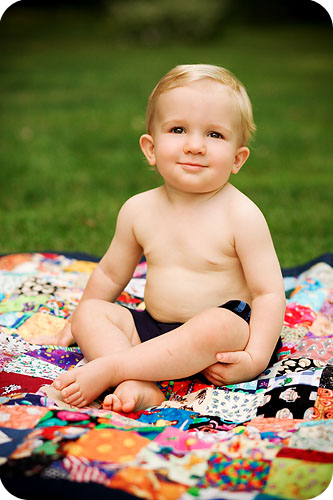 Things have changed very much this past month in lots of ways. All good changes, I think. Onward!

Congrats on the weaning! For the toothbrushing, have you tried buying one of those short chunky toddler brushes? They are good to just give to him and let him chew on it. The doctors told me that as long as they were chewing at least the gunk on their teeth would come off too. (It worked for Arwen...Gabe just gags himself...)

he's such a big boy now! i'm dreading the little ones here going to one nap a day. lol! i still have my 21 mth old down 2 times a day ... mainly because nikolas is down then. they HAVE to nap at the same time ... for my sanity. lol!

and i cannot believe he doesn't like grapes. i thought every kid liked grapes. lol! have you tried strawberries ... i was surprised, but nikolas love them and can eat them for days. lol!