« Splashing in a puddle | Main | This weekend »

Yes, I dropped off the face of the earth and have managed to find my way back. Drew and I have both had a horrible cold this week so we've just been concentrating on breathing and not much else.

Yesterday we decided to get to the fair PRONTO because the forecast is nothing but torrential flooding rains the rest of the weekend. It was go Thursday, or go not at all.  So we went and had the best experience we have ever had, because there were no lines at all, and no crowds. We went right in at the gate, and got to liesurely choose which fair foods we wanted, and never got stuck in a mass of people. It was completely enjoyable and not overwhelming or aggravating as it normally is.

I finally found a corn dog!! I must have been blind all these years because I swore I never saw any corn dogs anywere before. But they were everywhere this year. My treats were a corn dog and a soup bread bowl (with cream of broccoli soup) and Dave had onion rings, and 2 kinds of burgers both of which were not that good. The first one tasted like those soy-based burgers they serve in the public schools, and the second one was a buffalo burger that is usually pretty good but this time was also lacking. So he didn't eat much of either one of them. It is unfortunate you only get one stomach to go to the fair with. I saw plenty of things I wanted to eat but had no room for. 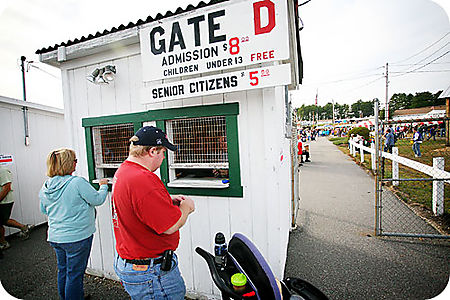 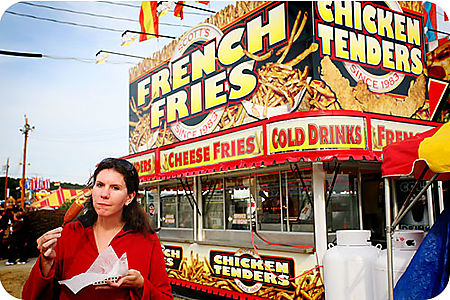 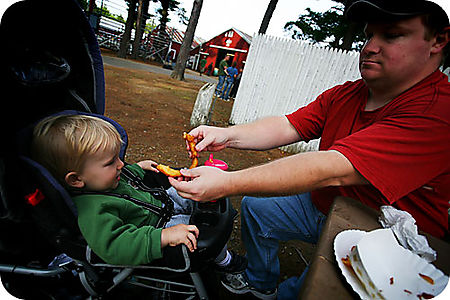 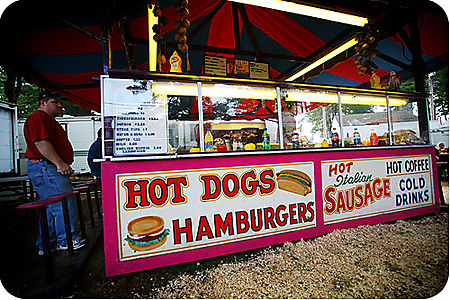 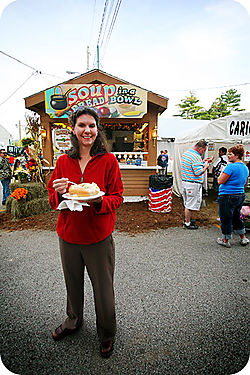 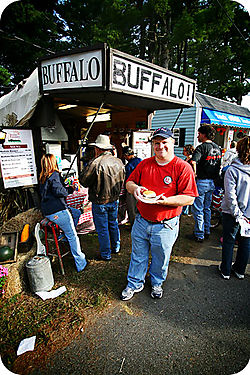 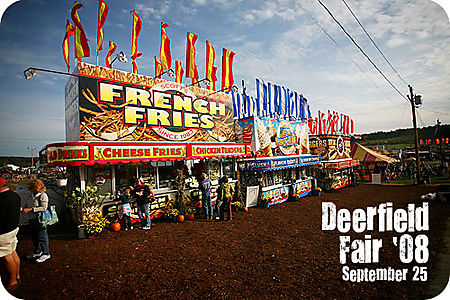 I thought the light on these flags was so amazing just as we were leaving.....

Two bad burgers... what are the odds?