Until about a week ago the thought of potty training had not even crossed my mind!  I thought that was something that we'd worry about when he was closer to three..... or maybe never?? Ha ha. I have to admit I have been in no hurry whatsoever for Drew to be toilet trained since diapers are so easy right now.  And with a newborn to care for, I am REALLY not liking the idea of doing this right now since it's another level of complexity I just don't need at this point.

But lately we've had several people tell us that he's showing signs of readiness. I had no idea these were signs of anything except being a trouble making two-year old, but then again I am completely clueless about this process so Drew could have walked right up to me and in a man-voice said, "Mother, I am ready to be potty trained now," and I still would not have gotten it.

One thing he's been doing for a long time now is that he'll go hide somewhere when he's pooping and he doesn't want anybody to look at him while he does it. Like he needs his "privacy" or something. Apparently this is a sign and I didn't know this. But more recently he's starting to decide when his diapers are dirty and he'll strip down and take everything off and start looking for a clean diaper to put on.  This means he may pee once in a diaper and whip it off. I'm not liking this at all since we just bumped him up to Size 6 and you get way less in a package so these things are getting pricey!  We kept him in size 5s until it was no longer physically possible to attach the tabs on the sides, ha ha!  They were just hanging by a thread. Maybe potty training is worth it just for the economics alone.... 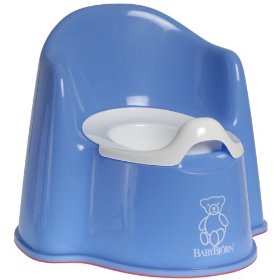 So anyway we bought him a potty and we'll have to do some reading on the internet to figure out how to do this. I have NO idea where to even begin.  This is the potty we got him: it has over 300 positive reviews on Amazon.

On Saturday we headed out to Hampton Beach. It was the only day in the incredibly bleak forecast that wasn't supposed to rain, so we went for it expecting it to be crazy crowded and miserable. But it wasn't! We never figured out why, other than maybe people were busy with graduations that weekend, but we had no problem finding parking and it wasn't that crowded.

It had been almost a year since Drew went to the beach and obviously he didn't remember it, but he did great despite being a little overwhelmed about the sand, the water, the cold, the seaweed, etc. It didn't take long before he got used to it and then he had lots of fun. He played in the tidepool area with his cousins where the water was slightly warmer.

Nate, Meagan and Abby were fearless and went right in the ocean! I don't know how they didn't get hypothermia but they enjoyed it nonetheless.  Dawn was nice enough to keep an eye on Parker so I could go down to the water and get some pictures! My favorite part of course..... 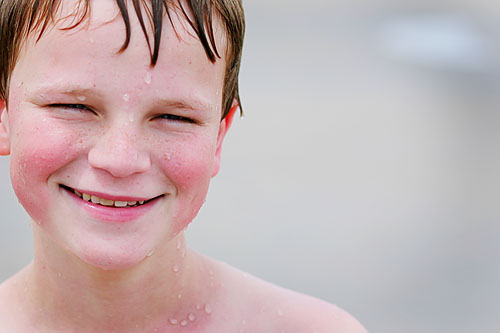 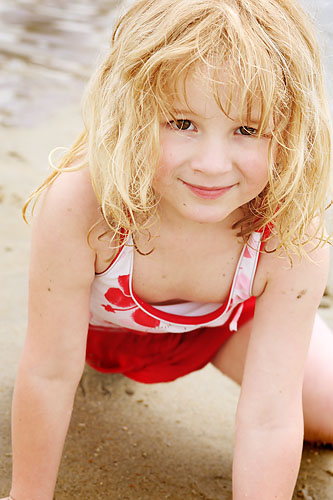 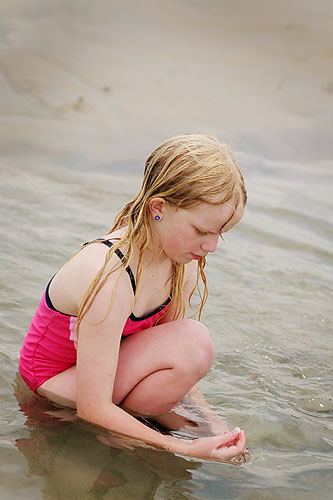 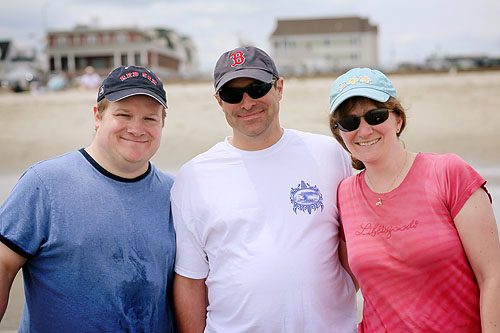 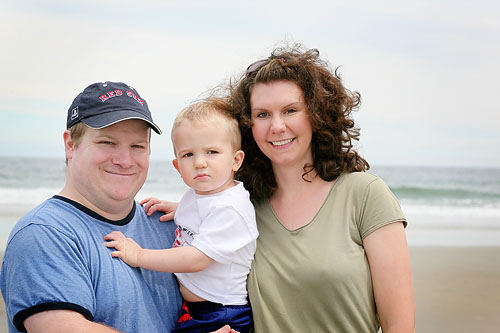 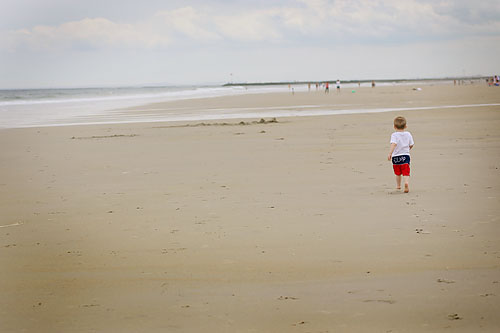 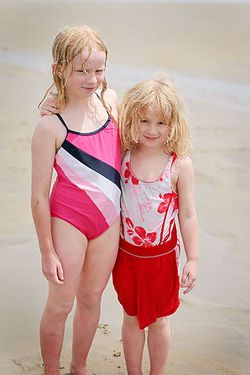 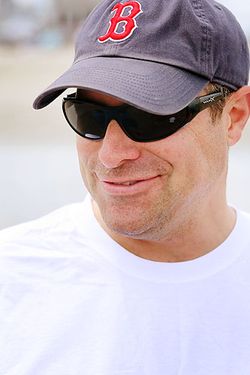 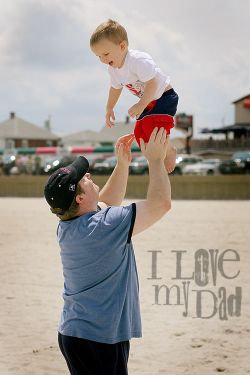 Yesterday Drew had his 2 year well visit and here are his stats:

So he's a big boy. At least he's proportionate for the most part! He's apparently doing well in all areas except speech development (or lack thereof), but we knew that. In New Hampshire the speech evaluation/therapy for under age 3 is done in the home by Easter Seals so the doctor has sent in a referral to get us started on that.  We're really looking forward to having someone evaluate him and see what's going on. Even though he's started trying to make words, it's only been in the past month that it's happened so needless to say he's way behind where a typical 2 year old should be for talking. I'll be relieved to know one way or the other if there is a problem or if he's just a late bloomer. The doctor said they show the parents techniques we can use to help get him on the right track since it's only a once a week visit.

It's kind of funny because Dave and I are so used to him not talking that we didn't even realize that he should be..... at the end of our visit the doctor said, "I understand why you are concerned. I haven't heard him say one word since he's been in here. He's making lots of sounds and grunts, but no words." And Dave and I were thinking, "he's supposed to have said something?"  LOL.  I guess we just have no clue how much a kid his age is supposed to be talking.

Yesterday we went to Boston to go to the aquarium!! I was sooooo psyched about this because it was a fun trip out of the house!  Since Parker has been born my roaming has been limited to Target and the grocery store so you can imagine my excitement at going somewhere fun. Dave's sister and her kids, and his brother are all in town from various points around the country so this will be a fun-filled week of things to do.

Drew has been loving having the family around. I think he's really enjoying the activity and hustle and bustle and having lots of people. He's been petting the girls' blond hair and wants to play with whatever they're doing.

So yesterday poor Dave didn't get to go because he hurt his back last week really bad, so he didn't want to strain it by walking around the aquarium. Doug was nice enough to drive me and the kids in the Rav4 and we followed the rest of the clan in the minivan down to Boston. I tried to take lots of pictures so Dave could see what Drew thought of the aquarium. He loved it! At first he was a little overwhelmed by all the people (it was sooo crowded) and the commotion but once he got used to it he went nuts and had a ball looking at all the fish and running around. Parker made it easy on us all and slept the whole time. 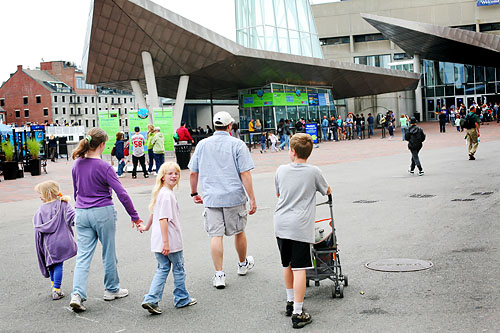 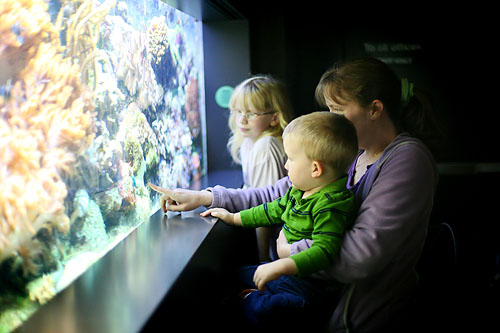 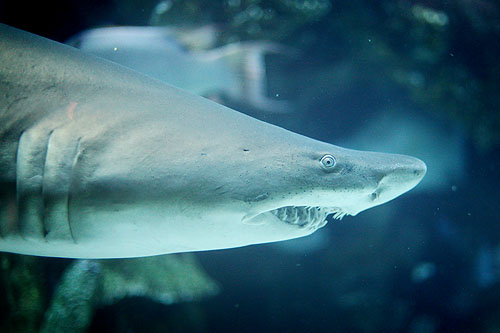 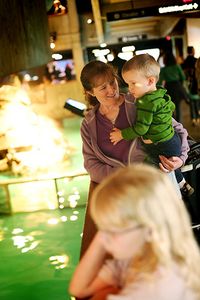 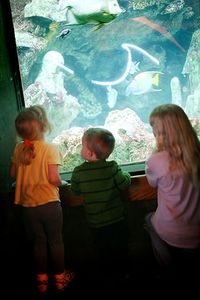 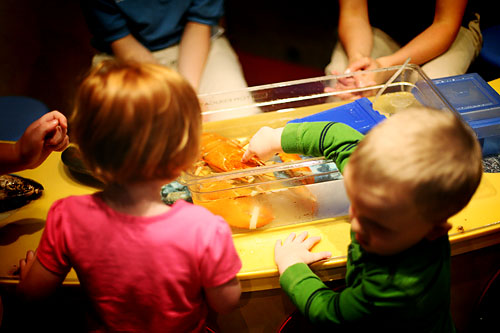 We're so excited because we've signed Drew up for his first swimming lessons at the Y this summer. We're trying to find ways to get the poor kid out of the house and into fun activities since we're always cooped up because of Parker. So this summer he's taking his little gym class and also swimming lessons once a week.  We're so lucky to have the Y only one minute away and if he likes the swimming it's something we can keep up year-round since they have an indoor pool.

Obviously it's a parent-child class and somehow I was volunteered to be the parent to take him. :) So I had to get a bathing suit in order to do it, and let me tell you. . . . getting into a bathing suit just weeks after giving birth is not high on the list of ways to improve your self esteem. But luckily the suit I got seems to have some good tummy spandex or whatever so the damage control is better than I thought it would be. But still...... 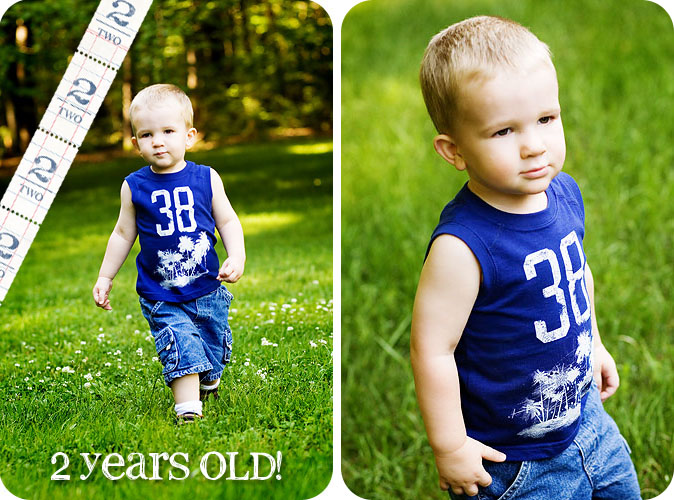 Drew has totally blossomed this past month! I can't believe all the big changes that have happened so suddenly. Where he used to be so shy and scared around new people, suddenly he's all Mr. Friendly and happy and goes right up to people he doesn't know and loves to be around all his grandparents (even gives hugs!!). He is so much more outgoing in his gym class and gives the teachers high-fives. Now he's trying to talk and has been practicing words. We've waited so long to hear him say anything!  He's really become such a fun little dude and we're really enjoying all the new stuff he's doing.

A lovely visit with my parents

The past few days we've been enjoying a visit from my parents! They came up on Sunday and left yesterday afternoon. We had a great time and they got to meet Parker (and mostly entertain his crying and/or watch him sleep.....  but they did get some great smiles from him!) and had a good time playing with Drew now that he's a lot more fun.

(click on the collage below for a bigger view) 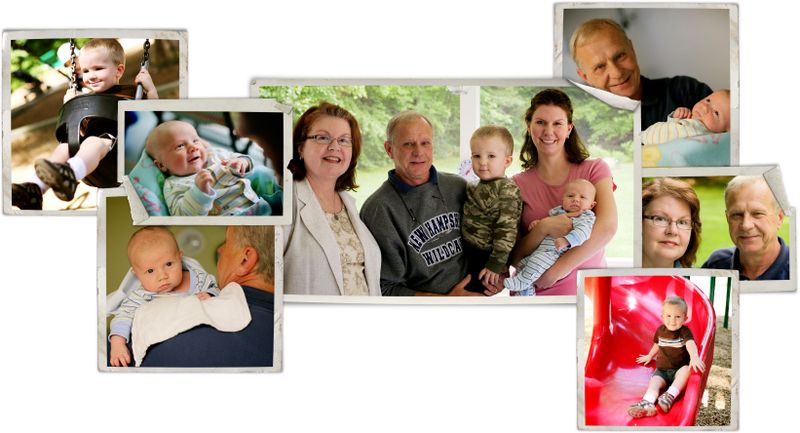 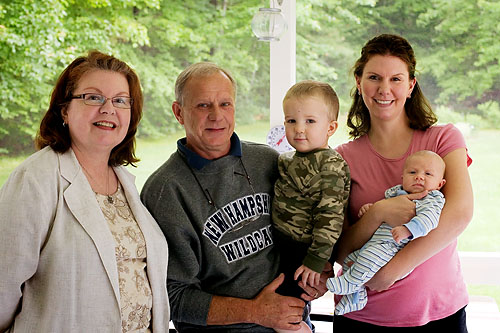 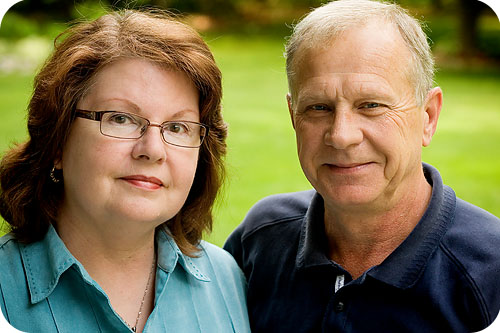 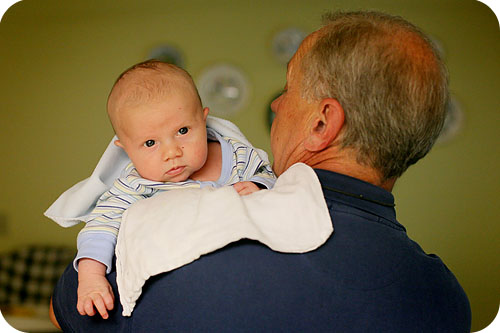 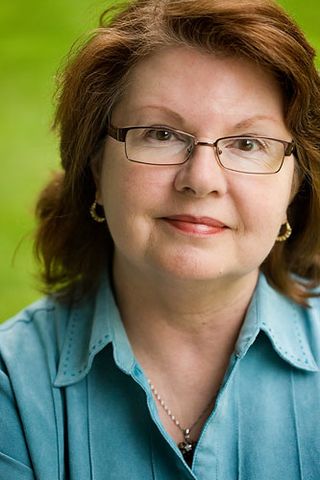 Parker is ONE month old today!

Wow, another kid to do a monthly update for!  I'm so glad I always did this for Drew, though, because even though I have zero time for scrapbooking these days, just knowing that I have this stuff written down is a big relief. I know I can always go back and do it later. Plus, it is great for comparison's sake. We've already been looking at Drew's monthly updates to see where Parker is compared to what Drew was doing at his age. 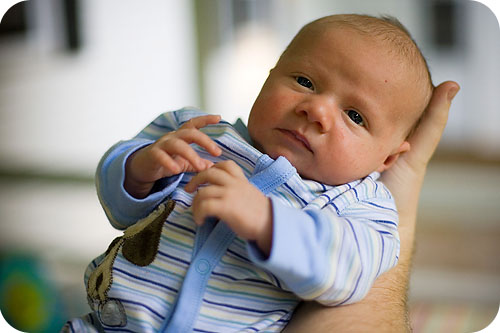 As for me, I feel amazing and I don't think I've taken it for granted for a single minute how glad I am to have done a VBAC. This past month has flown by, and I've been able to enjoy it rather than being laid up in pain like I was after the c-section. I'm walking, driving, doing yard work, and chasing Drew around the yard, and I feel just like my old self (well, except for being out of shape but that is fixable).  It's all good!

Nursing is going fine and it was only rough the first week until things toughened up and now we're in a good rhythm. I'm happy to be able to do this, but I'd be lying if I said I wasn't counting down the remaining 11 months!! :) I give him just one year, and once he can have cow's milk, I'm done!

I gained 45 pounds with this pregnancy and believe me, I earned every ounce of that!! I was pounding the desserts like nobody's business (and enjoyed every single one).  I've already lost 25 lbs so I think with only 20 lbs left to lose to get back to my normal weight I'm in a good place. I don't expect it to fall off overnight but I know it will come off eventually. After Drew it came off in big spurts with long periods in between of no change at all. I just can't wait to shred all my maternity clothes; I never want to see them again after two pregnancies. And then I will go shopping! 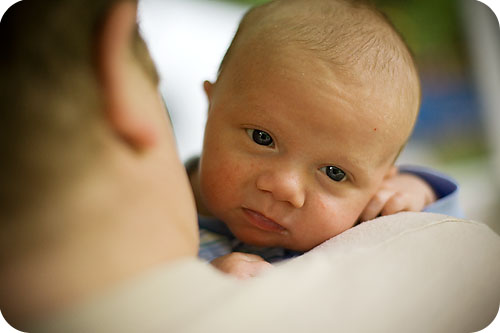 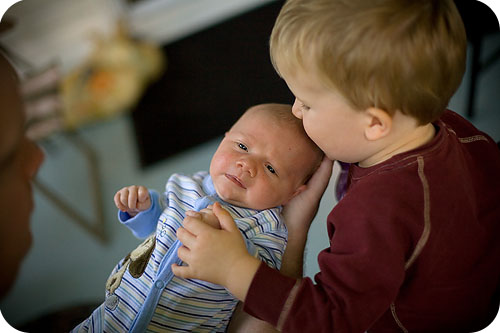