We're big fans of going to the fair on Thursday.... no lines, no crowds, no traffic, no walking for miles back to our car. And plenty of room for taking photos! I have to say that the fair is one of my favorite photo ops of the entire year, and now that Drew is getting old enough to enjoy it, there's even more to take pictures of.

When we first got there, Drew could not even walk, he was so overcome with sensory overload. He was just dragging his feet and pretty much came to a complete halt. The sights and sounds were all just so much to look at so Dave just had to pick him up and let him look.  He was looking at all the people, the rides spinning around, the HUGE ferris wheel.... 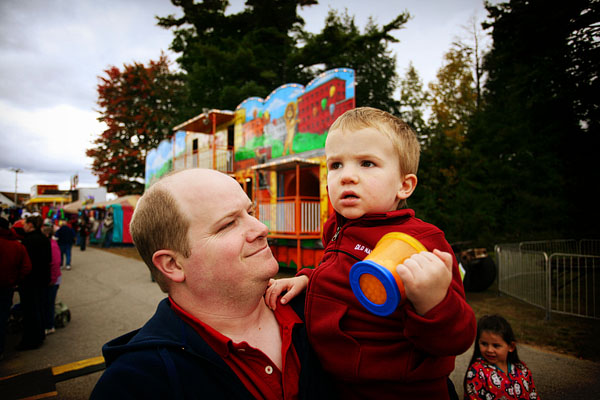 We visited all the animal barns and Drew was so excited.  He was making all the animal sounds, and making the sign for "cow". He had no fear petting the cows even though they were so huge.

I asked Drew if he was having fun, and if he liked the fair, and he made the sign for "yes." 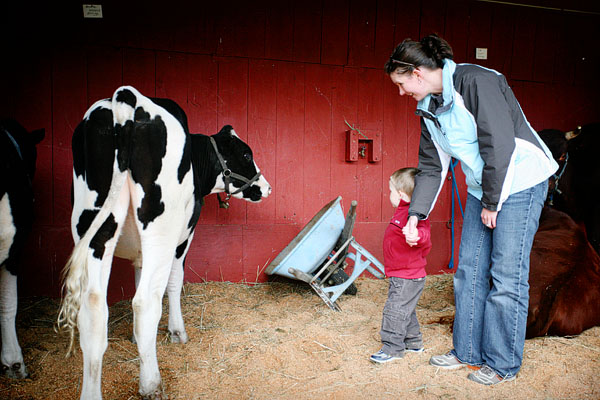 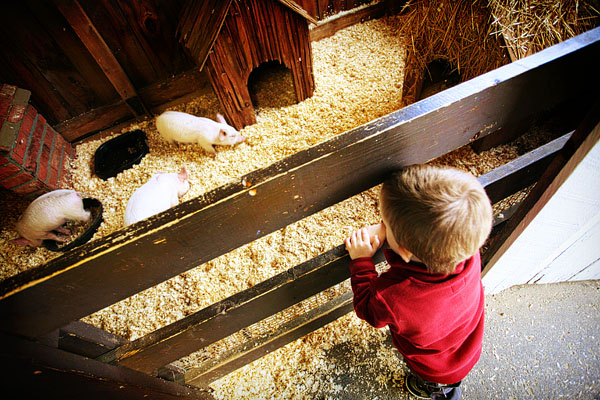 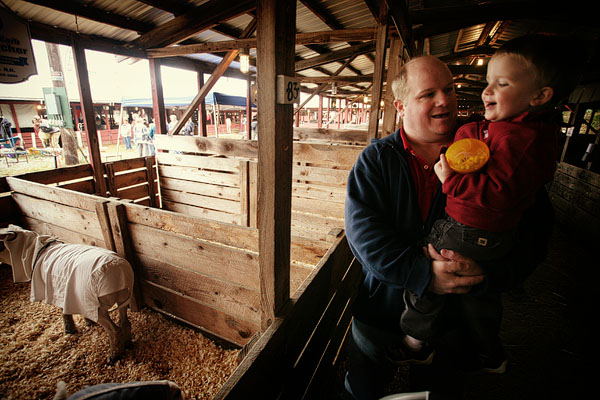 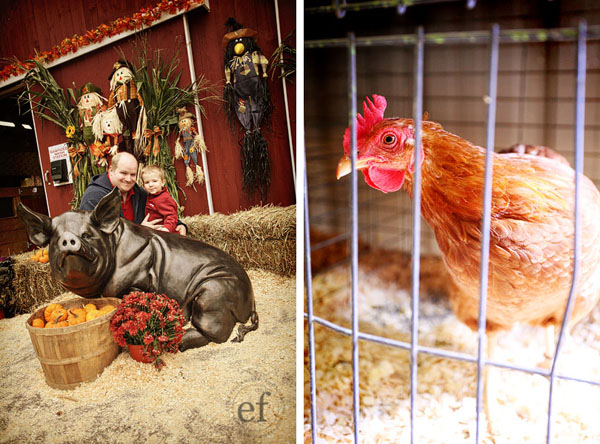 Why is it that I think all year about fair food, and yet when I'm there I can't find anything I want? I guess I'm paralyzed by possibility. This year we got Italian sausage ($7), french fries ($3) and a funnel cake ($5).  Drew totally loved the funnel cake and helped me eat it.  Pricey, but worth a splurge once a year! 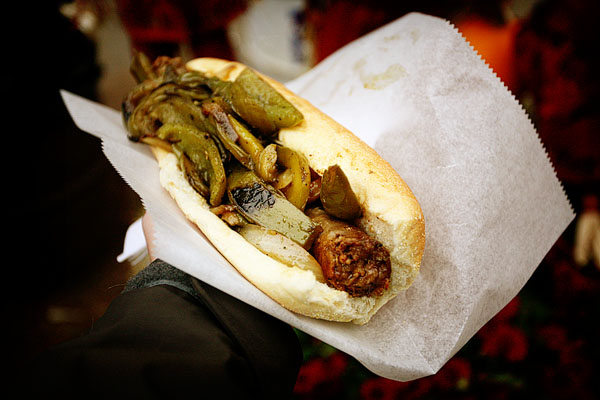 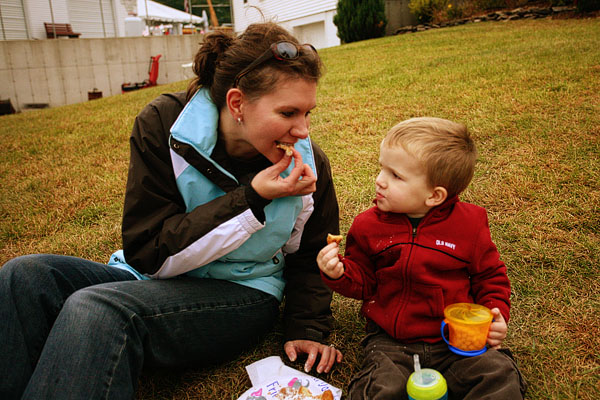 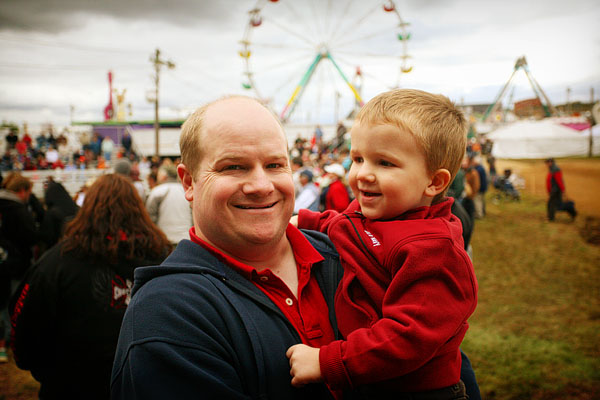 Drew did SO awesome at the fair. He walked the entire way. Parker was in the stroller so there was no riding option for him, and it was a looooong way to walk. Such a trooper!  We even had him skip his nap so that we could go during the time that we wanted to, and he was completely unphased by the lack of rest. Until the end. He fell apart right at the very end just as we were leaving so the timing was perfect. Also some raindrops started falling just as we were walking out of the exit gates so really we couldn't have asked for anything more.  He was a complete insane mess the rest of the night but we just had to laugh. Poor guy. He went to bed early, and by that time he was just a blubbering mess who could only say "ma ma ma ma ma"......  Big day for Drew.

Oh yeah, Parker was there too. He just did what he does best, looked cute and smiled a lot. He slept most of the time, and we hardly knew he was there!  Good baby. 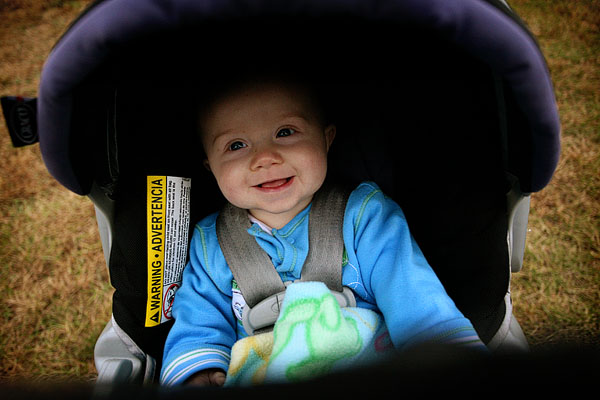 Glad you had fun. Nice pictures and the last one of Parker is cute. Glad he was good and you were able to enjoy the sites with Drew.