This year the crop fell on Halloween! Awesome. I've never been able to top the spooky spread I did in 2006 but this year I did what I could and nobody went home hungry so that's what matters. :)  I did a build-your-own nachos bar which was not especially Halloweenie but it was easy and yummy. Then I made these Chocolate Peanut Butter Cookie Bars which were easy and turned out great!   Another seasonal dessert was the Pumpkin Swirl Cheesecake which I thought was yummy and turned out tastier than I thought it would. Yum!  They were a little tricky to get out of the pan but a hot knife helped get them out cleanly. 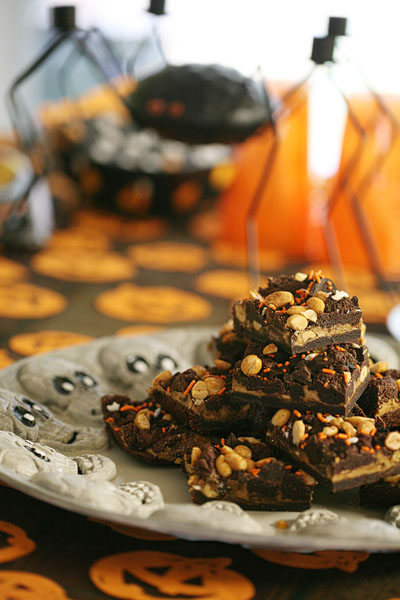 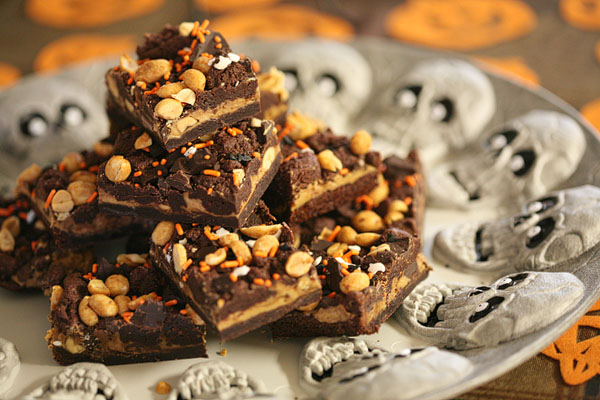 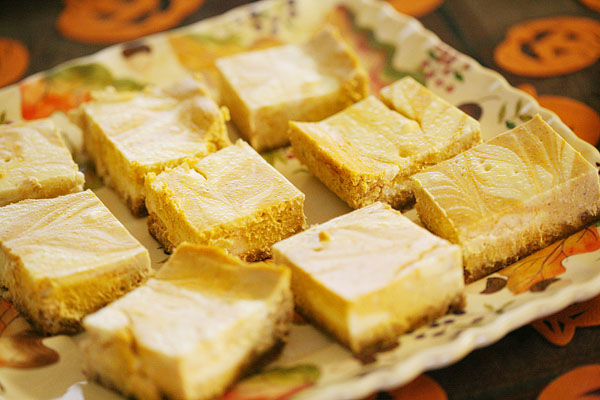 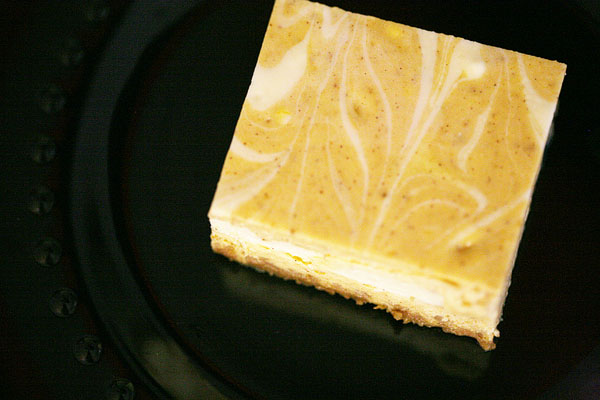 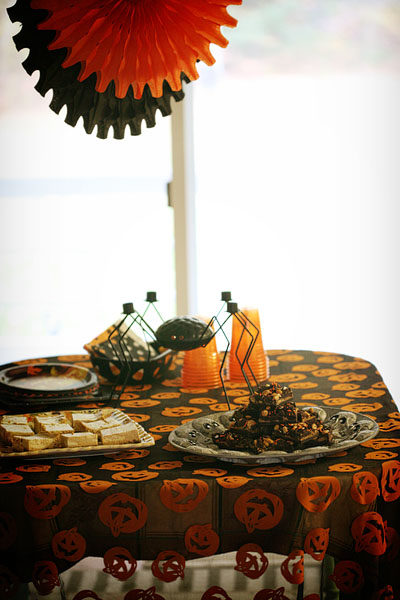 Candy was nice enough to let me take a picture of her nachos before she ate them. She did such a pretty assembly job!  The cheese sauce is the classic Rotel-Velveeta queso. 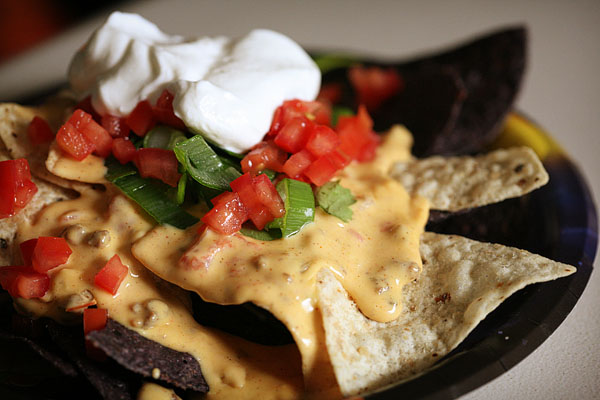 It was all so tasty!