The Making of the 2009 Christmas Card

I think this year's card pretty much summed up the whole year of 2009: chaotic, frustrating, and in the end, left with a sense of exhaustion and dissatisfaction. Looking back on it, I'm thinking this would have been a great year to buy a box of soul-less pre-made cards from Target and be done with it.

Here's Dave waiting (cooperatively, would you say?) as I set up the tripod and fire off a couple of shots to get the exposure. I hate the lighting in our living room, ugh. I don't think I even bothered to put the boys in anything cute to wear because I just KNEW it wasn't' going to be worth it. 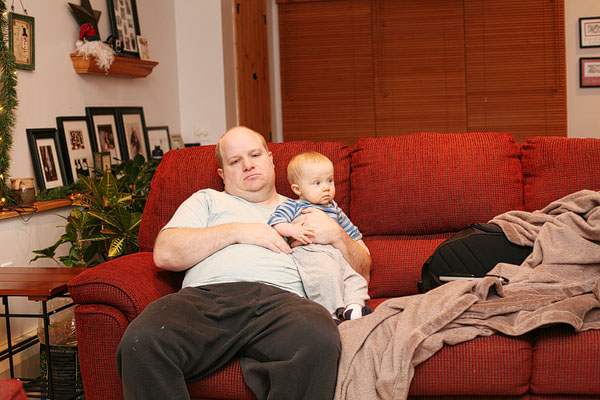 I can already tell this is not going well. Drew had this stupid nail file he wouldn't put down, and did NOT want to sit there. I was thinking, "oh God, I'll have to photoshop that out of there." 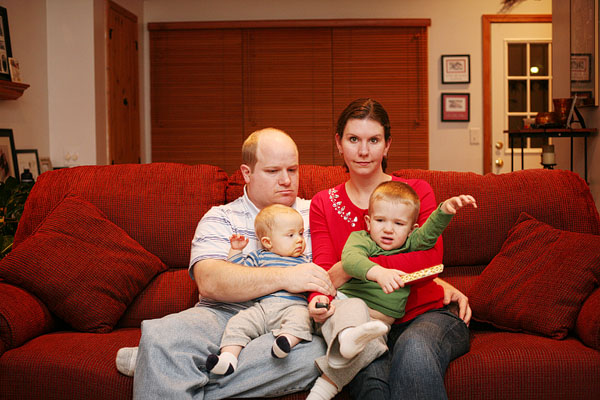 Same old thing. This was the one I kept. It's a wonder. 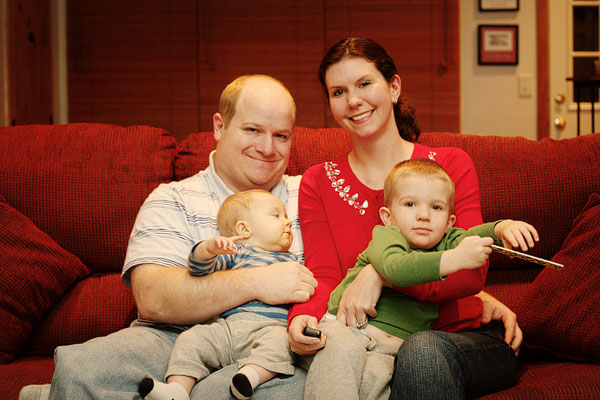 Finally, everybody is melting down (after FOUR WHOLE SECONDS!!!) and our photo shoot is over. Hope I got something worth saving. I just sit there smiling blithely. It's all I can do. 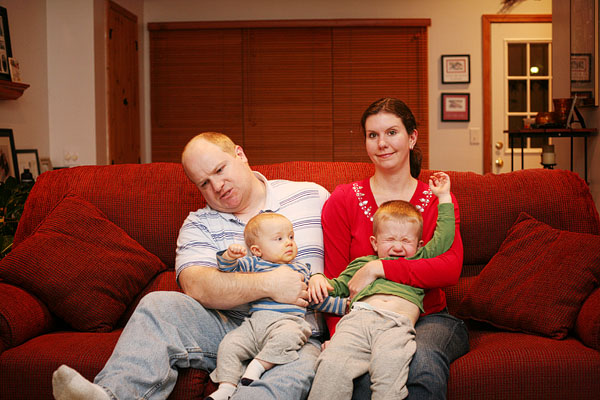 So that was it, 3 whole shots was all I could whip off in a matter of seconds with Drew throwing a fit and Dave ready to walk out. 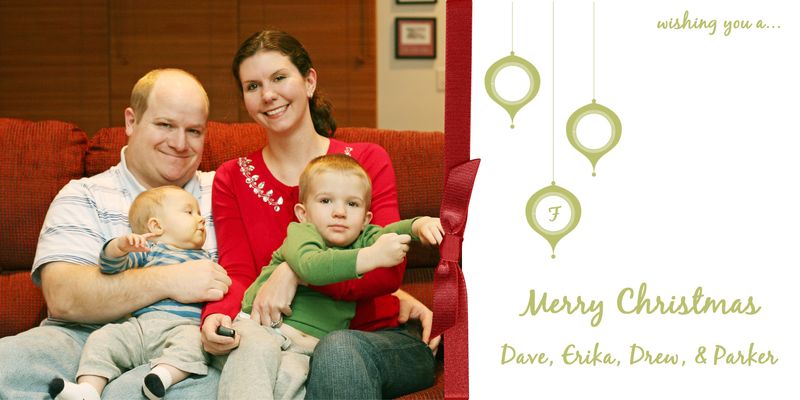 This was the ONE picture that I actually did want on the card. But I couldn't put Parker on there, and not Drew, and since I can't get a decent picture of Drew I had to just forget the whole thing. Ugh. Grrr.

Posted at 06:58 AM in Christmas, Family, Holidays, Photography | Permalink

Hi Erika
Was totally entertained by your attempts to do the Christmas card and the husband who shows absolutely no interest....makes me laugh and then there's the whole KID thing. It's 1.26 am in the morning in Brisbane and I had a good laugh at your photo shoot as I have had many of those myself including this afternoon but I did get some good ones. Merry Christmas I'm off to bed to wake up at the crack of dawn with my 6 year old and nearly 4 year old.
Regards Kathy A, (Brisbane, Queensland, Australia) xxxx

OMG, girl, you made me LOL! I was wondering WTH Drew was doing with his hands in that pic- too funny! I think you should've used the last one just for grins =)