« An Important Life Lesson | Main | Catching up on some videos »

Looking back on January I found a few things I forgot to blog (no big surprise there, since I'm lucky to get anything up at all.)

Dave's favorite day of the whole year (much like my Mulch Day) is Fire Day. We start making the stick pile in  mid-summmer and pile it up and pile it up and by late fall it's huge although this year was the biggest one yet since Dave cut down a couple of pine trees. It easily towered over our heads by the end of the summer. Drew and I used to run around it in circles..... Wow, really??? That feels like years ago since we were able to play outside. But anyway, Dave waits until there's a real good solid snow cover on the ground before doing the burn pile to reduce the fire hazard. There hasn't been as much snow this year as he would have liked so he finally did it on January 9th which was a good call because there wasn't much snow prior to that, and it's pretty sparse right now too. Uncle Dan came over to assist and as we all know men can't resist a huge fire so he wouldn't have missed it for anything. And it was a HUGE fire (I took these photos from within the comfort of my living room with a huge zoom lens). The stick pile alone towered over their heads, and the flames were enormous. The guys chucked shovels of snow onto it to keep it in control. 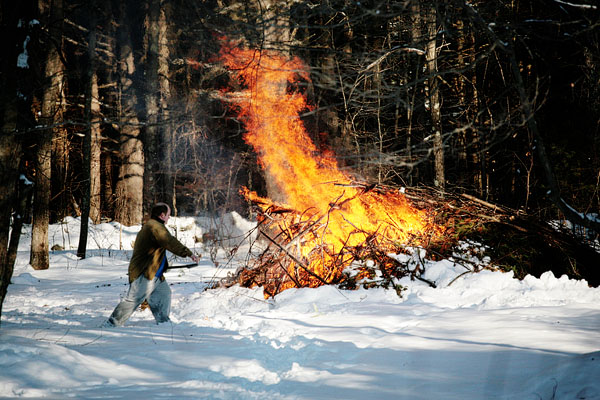 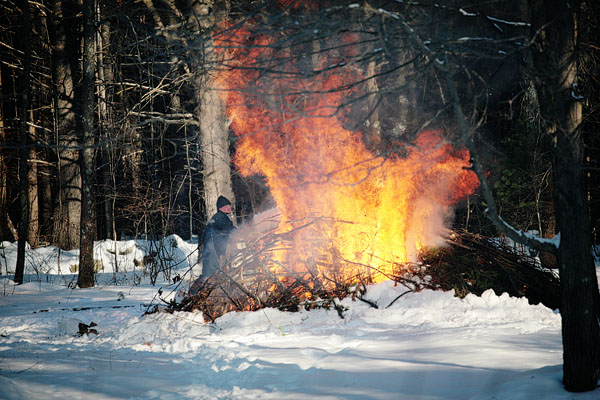 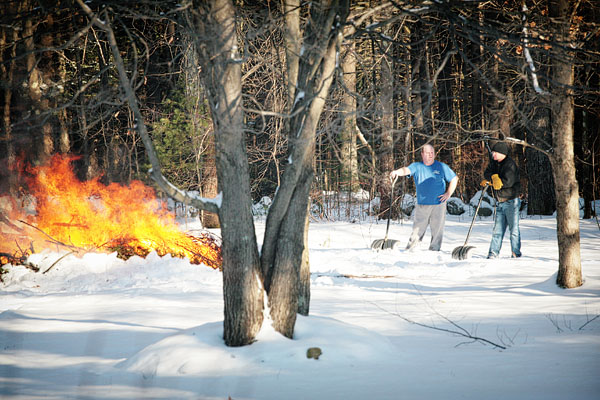 Later in the month, on January 18th which was MLK Day (or Civil Rights Day as they call it in New Hampshire...)  there was a pretty good-sized snowfall. It was (if I remember) one of the prettier snowfalls since it stuck in the trees and was nice and fluffy. For a few hours the sun came out and it seemed picture-taking was in order (was probably a moment of insanity) 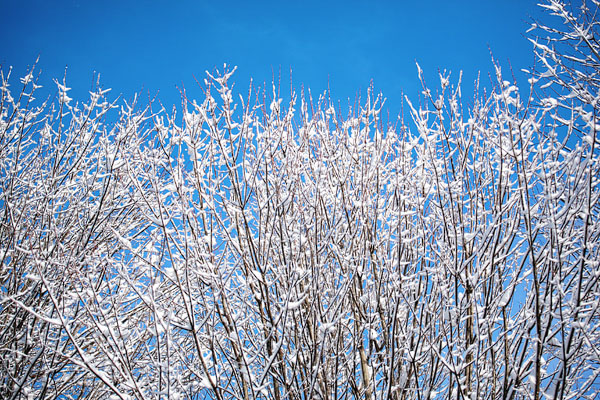 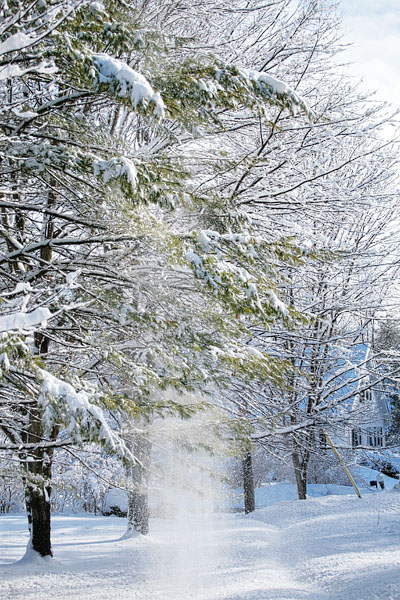 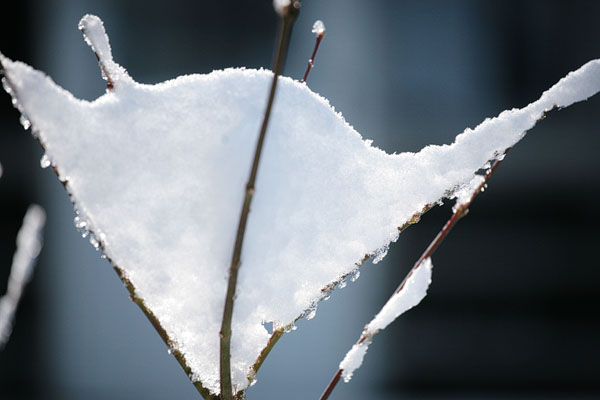 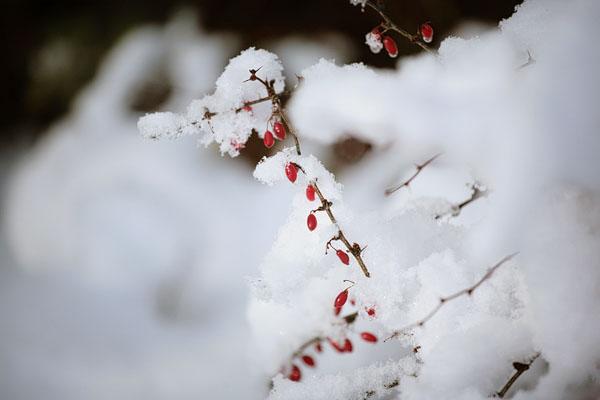 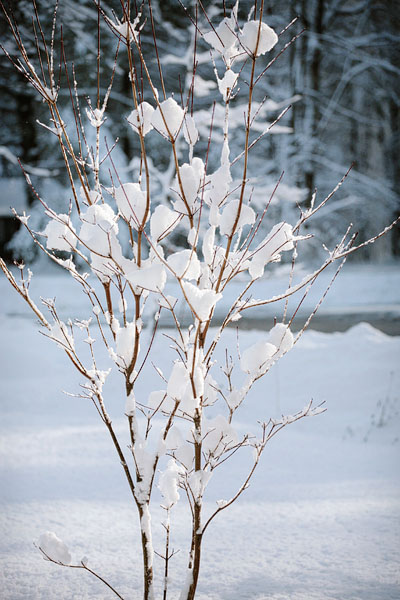 This is my dogwood tree..... I think it must be some kind of hardy variety. Seems to be doing well so far.

The dogwood has really grown!