On Thursday night we experienced the most violent wind storm that I ever hope to witness ever again. I remember in the evening sitting in the living room watching tv while Dave was in the basement, and hearing the wind and rain whipping around. I IM'd him and jokingly said "OMG we're going to die!" But that was early in the night. As time went on it got worse, and worse.... and worse. I went to bed, but did not sleep. Finally by midnight I leapt out of bed, couldn't lie there any more feeling like a target since the bedroom is on the end of the house that is right up next to the woods with tall trees all around us. I heard trees popping and snapping, and got that sick feeling you get when you hear a tree break, and the few seconds of waiting before you hear the crash of it hitting the ground (and hopefully not the roof). And then finally the power went out.

When our power goes out, the first thing that happens is that the basement starts flooding immediately. The water table around our house is naturally high, but especially with all the major rains last week, the sump pumps were running nearly constantly. So when the power went out, the water just kept pouring in with nothing to pump it out. Dave had to run out and try to start the generator right then and had a little trouble with it, but finally got it. Meanwhile we ran around downstairs sloshing through 3 inches of water and got everything off the floor that could be damaged. So we were picking up boxes, toys, cat litter bags, anything that we could pile up on a table or raised surface.

That night was a long night. Neither Dave nor I slept with the wind still screaming around. It seemed it would never die down. And the kids were sleeping fitfully since their white noise machines were no longer working, they would hear every squeak and crack in our crackly house. And of course the temperature started falling.

Anyway, to make a very long story short....  our ordeal that seemed like 2 weeks long was only 3.5 days in reality. But in winter in New Hampshire, not having power is not really a cake walk.

We were lucky. There were 269,000 people without power and that is about a quarter of the entire state. While we were among some of the last that got their power back, we didn't have any of the tragedies that you always hear about in storms like this. We didn't asphyxiate on fumes from the generator, we didn't burn the house down, we didn't freeze to death. In fact, the worst things that happened to us were that we were cold at night, we melted a plastic bucket and table from hot ashes, and Parker got a nasty diaper rash from improper cleaning and lack of bathing. And I had to throw out a nice meatloaf that I made Thursday night because we didn't get to eat the rest of it until Tuesday and  by that point we figured it was best to just toss it.

We have a small generator and its #1 primary function is to keep the sump pumps running. And additionally Dave had it rigged up to have the refrigerator plugged in, and also a lamp and it kept our iPhones charged. it's funny how after a while you just don't hear the roar of the generator anymore, that thing is so loud. Thank GOD for the iPhones, they were the only thing that kept us in touch with the outside world. We were madly stalking the PSNH Twitter page for updates.

Dave was kept so busy the whole time, hauling firewood in and out of the house, keeping the fire going, and trying to dry out the wood since the wind had blown the tarps off the woodpiles and everything was soaked. Also he was going out to refuel the generator every few hours (even throughout the nights), and making trips to the gas station a couple of times a day for more gas. It turned out to be an expensive weekend with all the gas, and all the takeout we bought since we couldn't cook or fix anything. 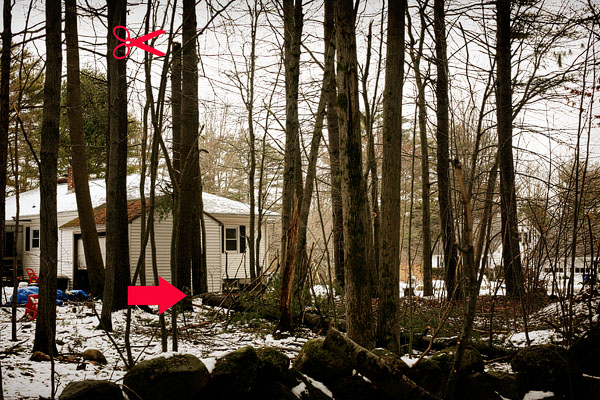 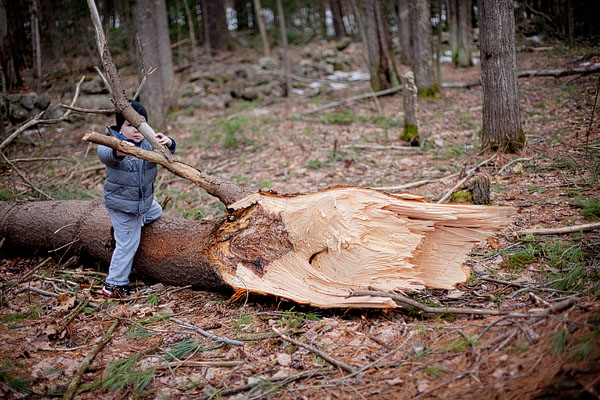 Posted at 01:57 PM in Meanwhile...back at the ranch, weather complaints | Permalink