Even though it was about two weeks after his actual birthday, Drew still had an awesome party! We waited until his cousins were in town so that he would have more people to come to his party. It was so much fun! We decorated the screened porch in a Curious George theme, with streamers, tablecloth, balloons, plates & napkins, etc. 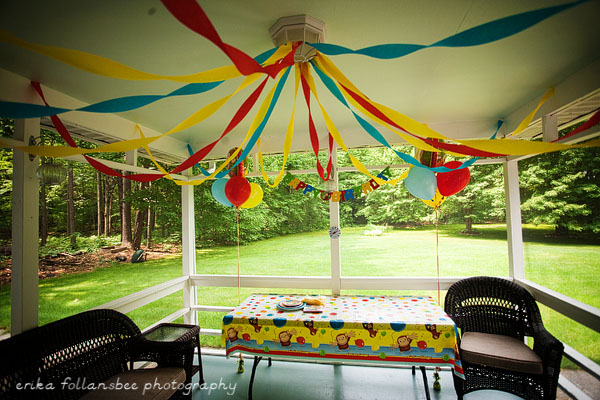 I was a little nervous about doing Curious George because even though it's Drew's favorite, he sometimes gets a little weird about seeing his favorite characters outside of the tv. In fact when I first showed him his plates and napkins, he ran away from them, so I was like "oh boy here we go....." But we didn't force him to mess with the stuff, and once we started decorating the porch he was really into it. Here we are starting on the streamers. 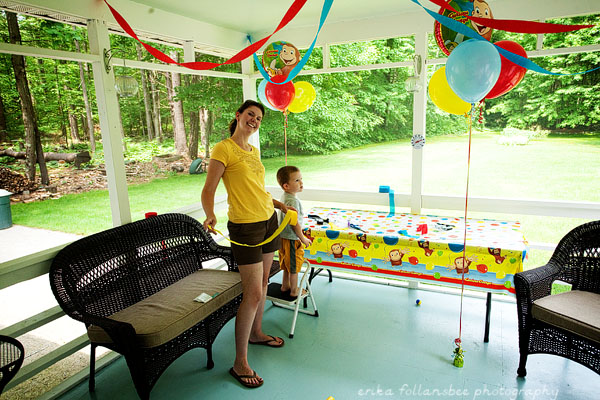 And the star of the show (besides the birthday boy) was the CAKE!!  Again we asked Amanda Champagne to do his cake, and once again she knocked it out of the park. It's so cool to see what she comes up with. All I asked for was Curious George, and it was such a surprise to see what she chose to do with it. I had thought about telling her not to do a big monkey since I thought it would freak Drew out, and it was like she read my mind because it was only a small monkey and a big yellow hat. PERFECT.  Drew kept remarking about the yellow hat, and the big tree. He LOVED IT! 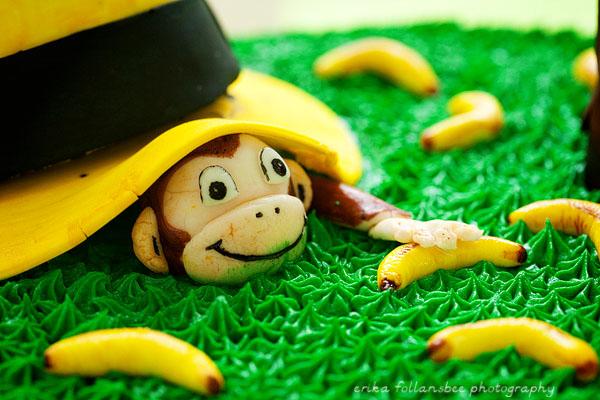 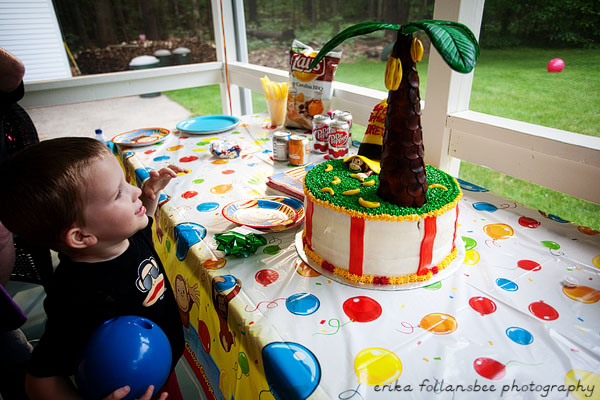 Drew had such an amazing week playing with his cousins and I know he was really happy to have them here for his party. There were kids running around everywhere in the sandbox, kicking balls around the yard, blowing bubbles, pushing around wheelbarrows and ride-on toys. It was awesome. 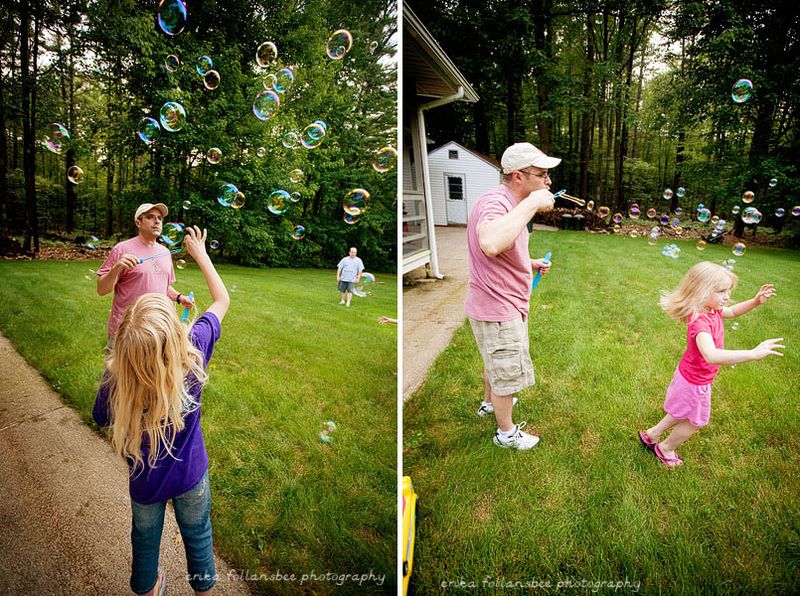 And LOOK at this picture. This is Drew, OUR SON, actually sitting down in a purposeful fashion with other children. Unbelieveable. He did such amazing things this week, actually engaging with other kids, talking more, singing spontaneously, smiling more than I have ever seen him smile..... it was just wonderful. He really thrived with having other kids around and I'm so sad that it's over with. I can only hope that he has this much fun once he starts preschool in a couple of weeks. He really needs some friends. 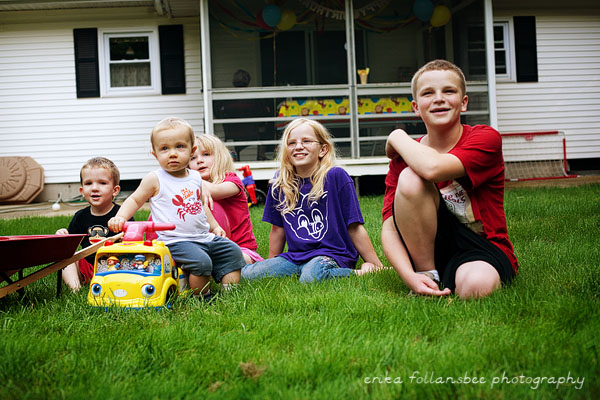 It's hard to say which was his favorite gift..... I was very pleased with the quantity of gifts. He already has so many toys that we can hardly get through the living room, so I didn't want piles of gifts for him. Everyone was so great about it, and Drew was given a small amount of very well-chosen, thoughtful gifts and it was absolutely perfect. He really loved everything. And it wasn't too much.

This bowling set was a HUGE hit. He misses his automatic pin setters, though. 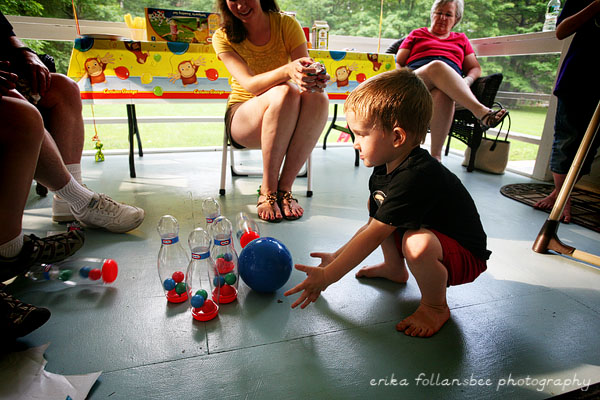 Thank you for photo-shopping my gut out of the picture. What a fun day

I love your porch and party decor! Happy 3rd Birthday to Drew!

We had a bowling set like that for our older boys. So fun! Soon enough, the brothers can help each other set up the pins.

I would love for Miranda and Drew to be buddies. Bummer its too far for a playdate. lol

Sounds like Drew had a fantastic party. I love the photo of Drew looking at the tree on the cake.

Your porch looks like the best place to be. It almost looks like you have postcards stuck on the windows, the yard looks that lovely!

Happy Birthday Drew! Such a great theme for a party and that cake is so creative! I want one for my birthday! It is so cute seeing all the kids sitting together, Drew is really growing up!

So glad he had a good time. Sorry they can't come visit more often.