On Thursday evening Dave ran his 2nd 5K! it was the Cigna-Elliot Road Race, and with over 5300 runners, it is the largest foot race in New Hampshire. It was HUGE. I was actually registered to run it with him, but I kind of slackered out at the last minute. :) I dunno, I just wasn't into it. I had been able to run on the treadmill maybe five times since our last 5K back in June, so the "training" just wasn't going well. I just don't have time to get to the gym very much.

But Dave is totally serious about his training and has been working so hard lately. We headed downtown on Thursday afternoon, into the swarm of people, and it was bizarre to see some random people that I knew, or thought I knew. I saw one of the fitness trainers from the YMCA, and a guy that I used to do BodyPUMP at Gold's Gym with for a couple of years (back prior to the good ol' days in 2004), and another woman that looked familar although I couldn't figure out why. I guess if you stay in a place long enough you always run into people you know.

So anyway, I was the designated photog for Dave that evening and here he is in his 5K glory: 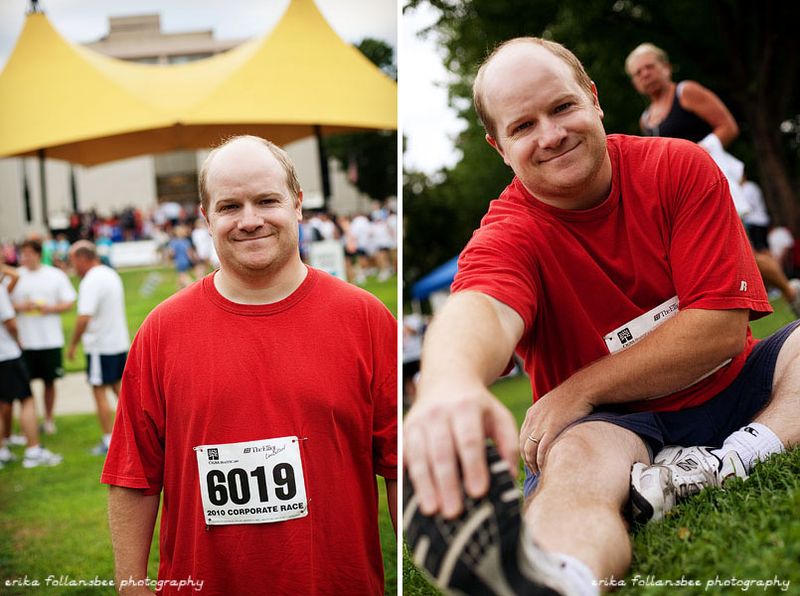 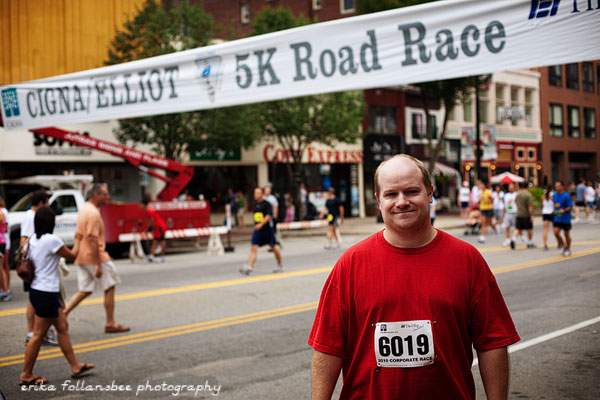 Here is is crossing the starting line in the THRONG of people......can you find him? 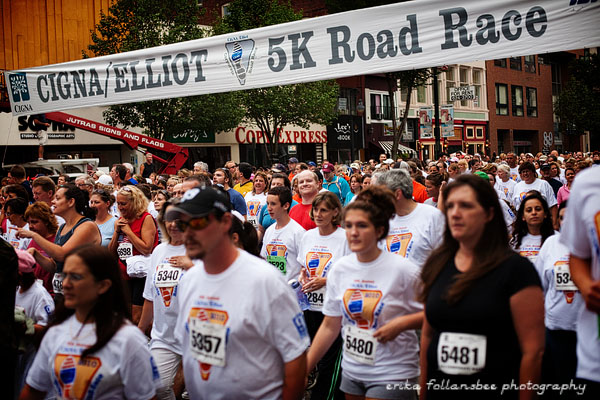 Once he took off, I went wandering around for a few minutes. I went to Lala's Hungarian Pastry restaurant and picked up some beef goulash and some rum cake. I was feeling a little bit bitter about how the time I actually DID go to Hungary in 2003 that I didn't go to the authentic restaurant, I went to McDonald's instead. LOL!!! But in our defense, Kelly and I didn't want to spend another minute with the people in our tour group. They were totally snooty and unfriendly so we didn't want to go with them to the "authentic" restaurant. Whatevs. I'm not sure I missed out on all that much anyway, "real" goulash isn't much better than what they call "american chop suey" in this part of the country anyway. Yuck. But the cake was pretty good!

So anyway, I watched everybody come across the finish line and I had procured myself a spot right behind the finish line, right beside the spot where the runners came over and threw up. :) Yeah, good stuff.  And then Dave came across!! Yay!!  He did great. 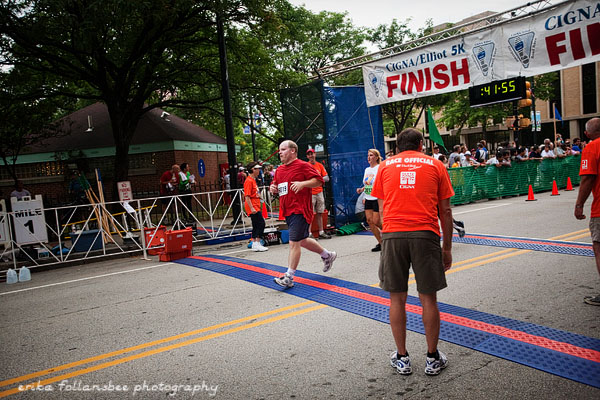 Good for you, Dave!