So we wanted to get back to Liquid Planet at least once more this summer, with Parker this time. We had no idea how he would do with it all, but we knew his personality and figured he'd be just fine. And he was. :)

And Drew was amazing. A complete 180 from the first time I took him there, when he was in total hysterics just waiting in line, putting on his bracelet, FLYING across the entire park with me chasing him...... what a nightmare. But this time, he was excited. He remembered going there before, was completely docile and helpful with putting on his swim trunks and sunscreen, had no problem standing in a short line, and was calm while the girl put on his bracelet. What a difference 2 months (and a month of preschool) makes.

And we had FUN. So few of our family outings would qualify as "fun" even in a generous sense, so it was really nice that we had a good time. 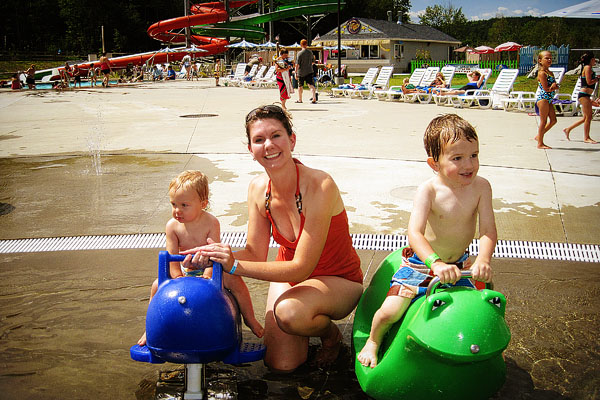 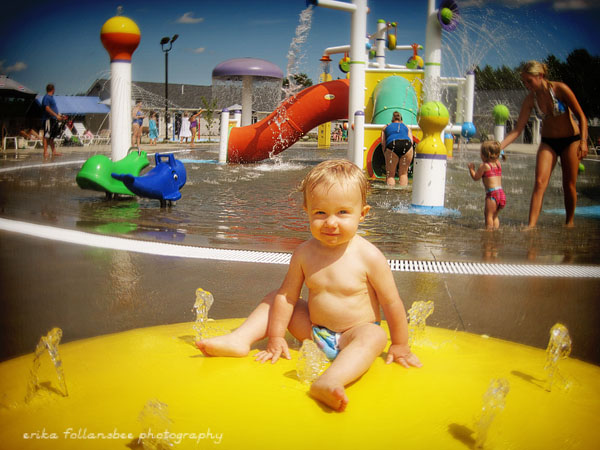 Parker was a little scared at first, but pretty soon he was charging through the water and yelling happily. Drew took off down the slides and was running around. Much frolicking ensued.  It's been a crazy hot summer but on this day it wasn't all that warm, only around 80 but we still had fun. In August you just have to take it when you can get it because you never know when the warmth will just be ...... over.

Finally after almost an hour and a half, Parker started getting cold and tired. And he was all shivering and not wanting to get back in the water much. So we called it a day and were glad it went as well as it did. We only took the little point-n-shoot camera because we knew we'd be running around with not much time for picture takin'. 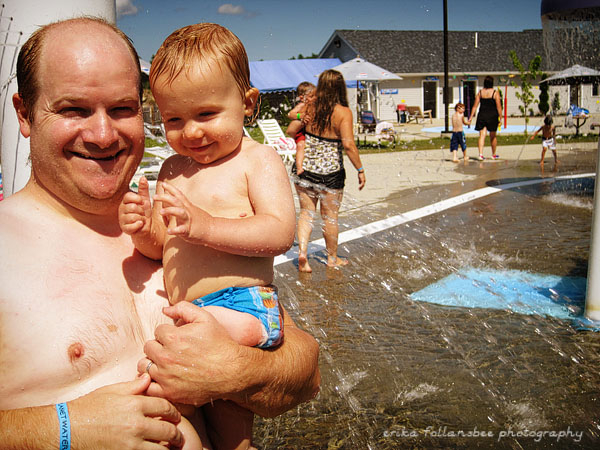 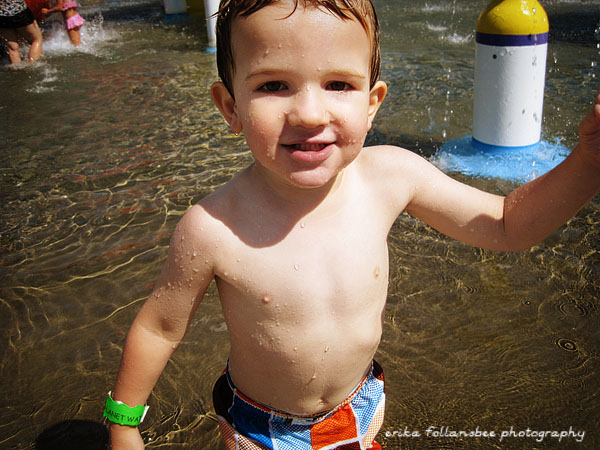 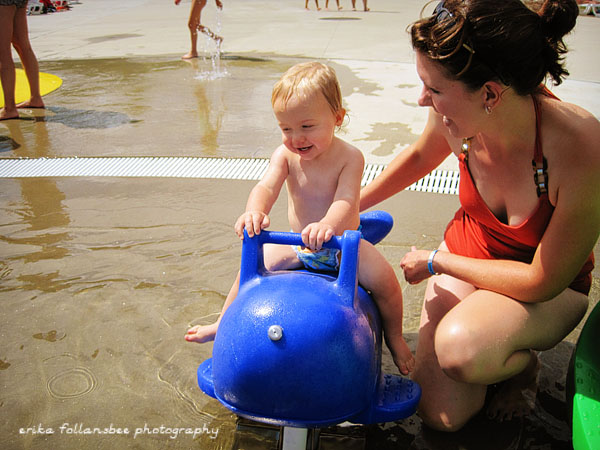 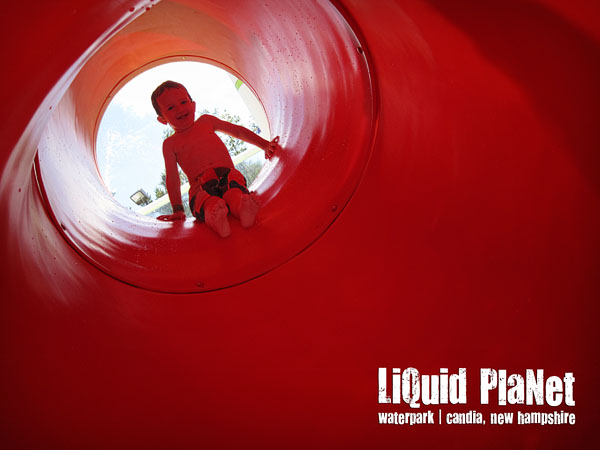 Glad everything went well and you had fun!

This looks like so much fun. You still got great shots from your point and shoot.

I was talking to a friend the other day about her daughter and preschool. It's amazing how the kids transform once they are there.

Looks like fun! They built one of these splash parks in G'boro and I'd really like to take Ella, but the powers that be thought it would be a great idea to put it out near Florida St....um, no.

Glad everyone had fun!

Perfect amount of time to spend with small ones, I think. Looks like it's good for all ages too. Will have to keep that in mind for next year. And I know what you mean about the bracelet. We went to Chuck E. Cheese and my kids were freaked by the stamping of the hand. Luckily they expect that and give a stamped version to Mom. :)