Ok, so I am still about four weeks behind on blogging....  I still have so many pictures from my trip home last month that have not been edited, let alone blogged. But I will get there eventually!

This post shall focus on: food!!!   I did some great eating back at home, and had several of my favorites. But of course with only four days you can only eat so much. And believe me, I did try!

One day while we were out my mom and I hit Hursey's BBQ in Burlington for lunch and that was a real highlight. I'd never been to that particulare one before, but it was full of remembered flavors, and that down home regional goodness of NC bbq. You can't beat it! I think I was the only one sitting there with a professional camera and iPhone but what the hell. It's not often that I get to go there!  The hushpuppies were awesome and are in that little basket and unfortunately you can't see them. 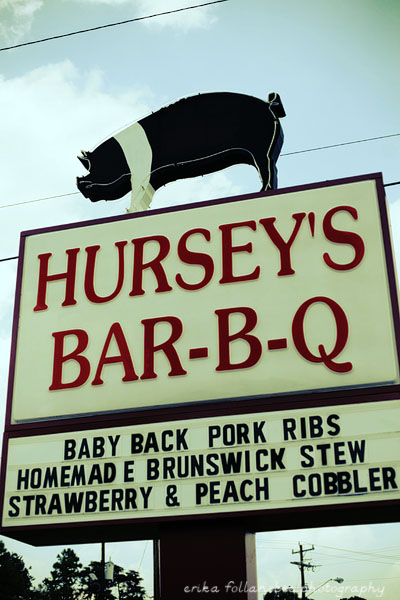 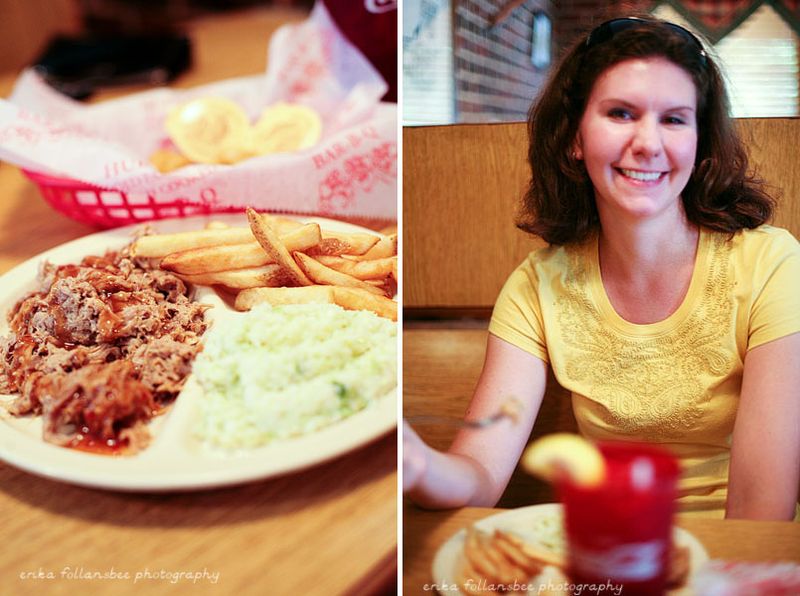 For dessert I had lemon meringue pie, and mom had peach cobbler. Delish. That was some good pie!

Then, later onto Cookout!!  We even passed up Sonic this time, because it was just too. damn. hot, to sit in the car, even with the a/c on. It was just not possible. So we had a snack at Cookout-- they have such huge, made from scratch shakes with about 30 flavors to choose from.... awesome fresh ingredients. I got peach & pineapple. Afterwards kinda wished I had gotten something minty chocolately, but oh well. :)

Ahh the stryofoam cups. Some things never change. Eco-friendly business has not affected Cookout one bit! 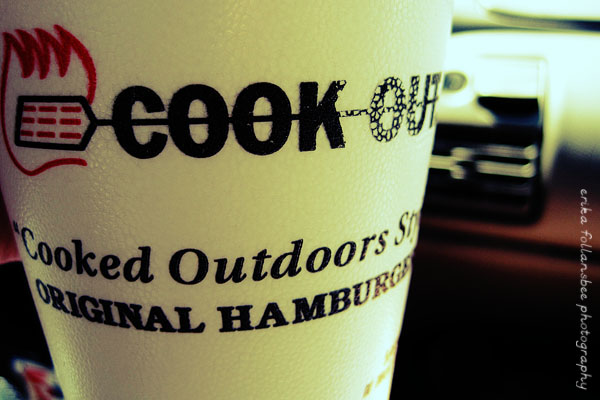 The Cheerwine Krispy Kreme donuts were available for a limited time, only in the month of July!  I was so excited to get there and try some. WOW were they sweet and rich (which I totally expected).  The Cheerwine creme filling totally tasted like Cheerwine. I don't think I'd ever eat one again, but was totally thrilled to try such a happy little combination of NC flavors. 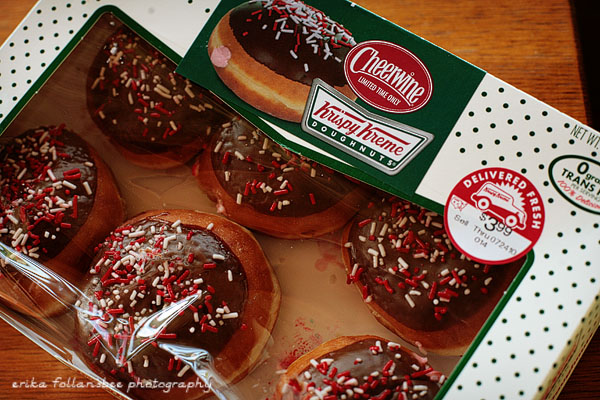 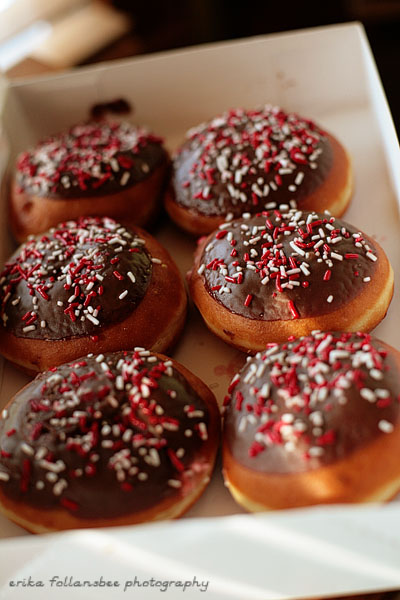 I went to a few restaurants too, and the previous posts about Olive Garden and the Mexican restaurant show those photos. Another one that Kelly and I went to was Harper's where I had a burger with pimento cheese which was delicious, even if my internal body temperature was about 105 at the time. Kelly had the lobster roll, it looked good! 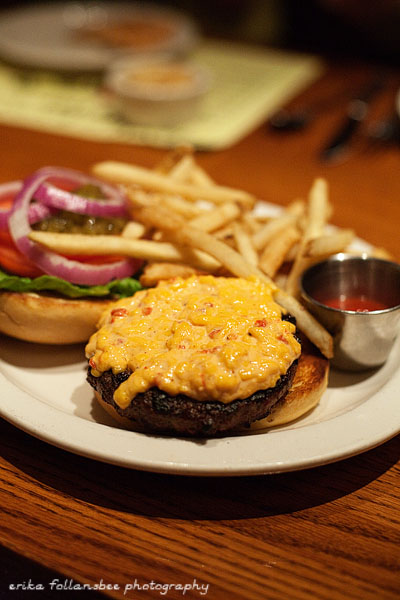 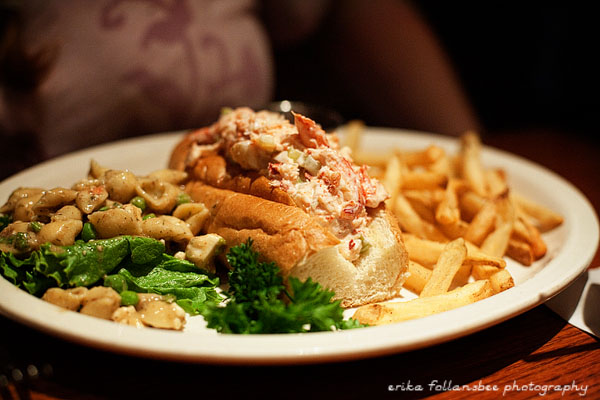 Just like me when I go home to visit NY. I have to have a good charbroiled burger, frozen custard and good Italian. None of that fake
stuff like you get here in NE.