Our little cutie is such a ball of sweetness and light. He's so smiley and fun all the time and is such a joy to have around. And those curls kill me! 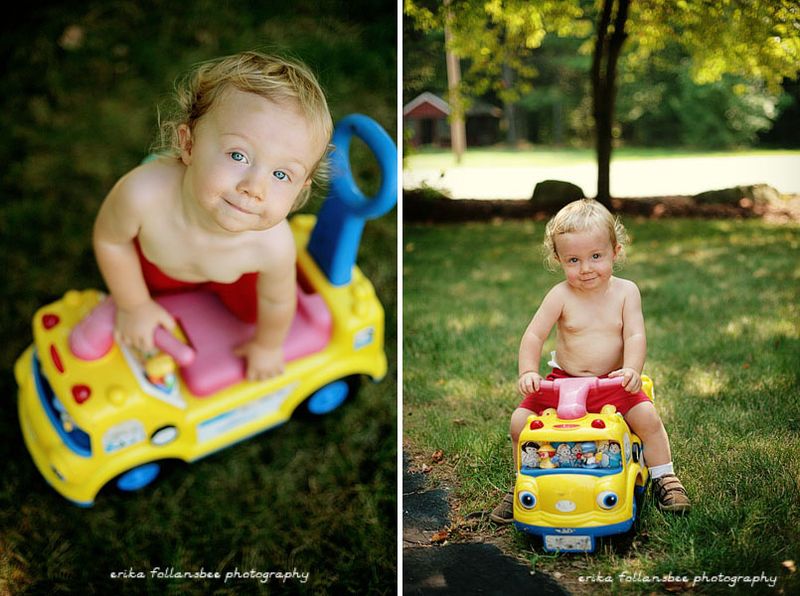 He's doing great with his sign language and can do the sign for milk and eat now. He also tries to do "diaper" but hasn't quite coordinated his hands yet. But he knows what it is when we tell him it's time to change his diaper, and he starts doing his little sign for it and runs down the hall to his room. I swear I heard him say "da-pa" a couple of times too. He can still say juice, banana, Hi Drew "haidoo!", and uh-oh.  He claps happily at lots of things, and also blows lots of kisses. And gives big kisses complete with a "MUAH!!" sound.

He's really into airplanes now, and when we hear them coming close he'll start looking at the sky and looking back at me, and at the sky, waiting for it to come over the treetops. And then when he finally sees it he points and yells and smiles.

He's totally into cuddling in his bed (actually this started in his 14th month, I think). He has a soft pillow in his bed and he totally cuddles up on it, and snugs with his white teddy bear. He looks up at me and wants me to rub his back. What a little stinker!! 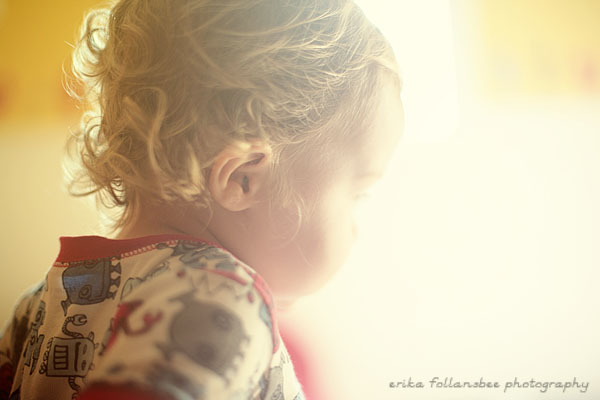 And he has commandeered the chair in the living room as his own. He loves to lounge in that chair. He needs help to get up on it, but he'll just sit back in the cushions (usually with a drink cup in hand) and settle back and watch Curious George cartoons.  Here he is on Drew's Moby's little chair. I think we're going to have to get him his own for Christmas. They will be fighting over this thing for sure. He is our little eating champ. He makes up in ALLLLLL ways for Drew's picky eating. Parker will eat just about anything. He loves fruits, most veggies, pastas, all kinds of things. He especially seems to love meat (after grapes and blueberries). 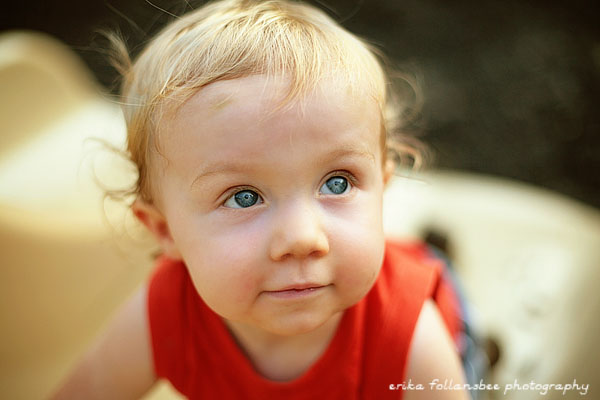 Posted at 05:00 AM in Monthly Update, Parker | Permalink

Those curls are killer and I love the way he looks sitting on his little bus....you are such a lucky mom to have two such great little boys!

What a cutie!! I love that they're so different.

Love that top left picture. He's turning into a MAN with all that lounging.