We had a great Halloween this year, and it was fun to see Drew get into it. All month long he was pointing out pumpkins, and when he saw ghosts and bats and creepy stuff he'd just say "Halloween!!" when he didn't know the words for it. He loooooved to go to Target and look at all the Halloween decorations.

He also loved the idea of a costume, but failed in the execution. When I brought home his vampire costume, I hung it up in his room and he'd point at it and and say "wear costume!" and "vampire" but when it came to actually putting it on, he didn't want to. Dave said sometimes he'd pass by Drew's room and he was sitting in the floor looking up at it.

In the end, after the vampire costume failed, and another Indian costume failed, I had about given up when Dave came up with the winning solution. Just in the nick of time for making it to the mall for trick-or-treating, we put him in jeans, yellow vest, and his blue construction helmet and he was fine with it. Every single bit of that outfit came from Dan & Michelle, from Ben's old clothes. Thanks so much!

Halloween day was cooooold, and after we got back from the mall we only had a few hours until the real trick or treating. So we hurried to get our Jack-o-lanterns carved. Drew had been asking for DAYS and maybe even weeks for the jack o lantern, to cut the pumpkin and put fire in it. :)  I did a traditional face, and an Elmo face from a pattern.

We had Luisa's for supper, and quickly wrapped it up and went to get dressed so we could be ready at 6:00!  The kids got into their costumes and I fired up the jack o lanterns, and the fog machine and plugged in all our cool orange lights and stuff. The fog machine was an awesome touch (purchased 2 years ago at Target on day after Halloween clearance. :)  I had a costume myself but it was waaaaaaaaay too cold for it. I was very bundled up and much happier that way. 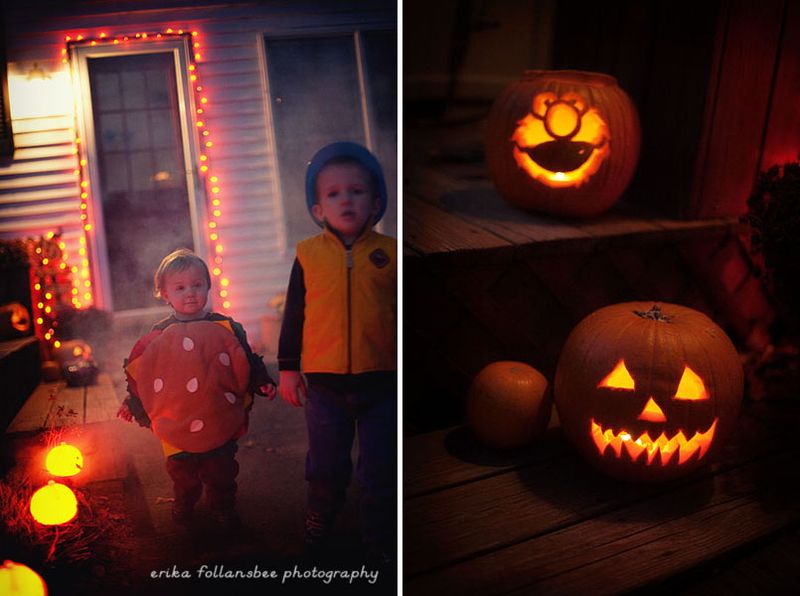 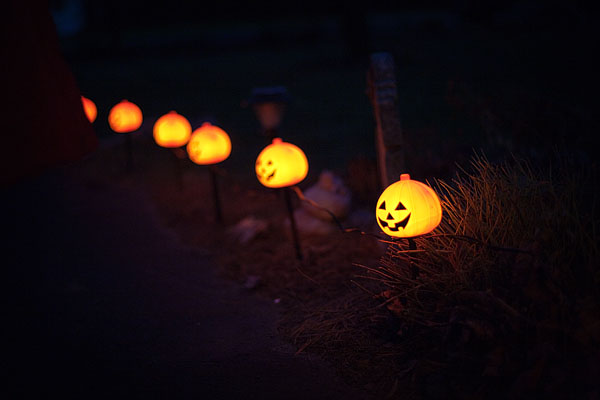 Our neighbors across the street do a really fun graveyard scene every year which gets bigger and bigger each year.  He has lots of the animatronic zombies and mummies, and a big grim reaper, and graveyard spooks. He loves it. And the kids love it too. Drew was all running around in the graveyard and setting off all the spooks jumping out of the coffins. Parker was also whizzing around, high on all the social interaction and things going on. He got a little scared when the things were howling, but he'd just go hang on to somebody's leg until it was over. So cute. He was nice and toasty in his hamburger suit. 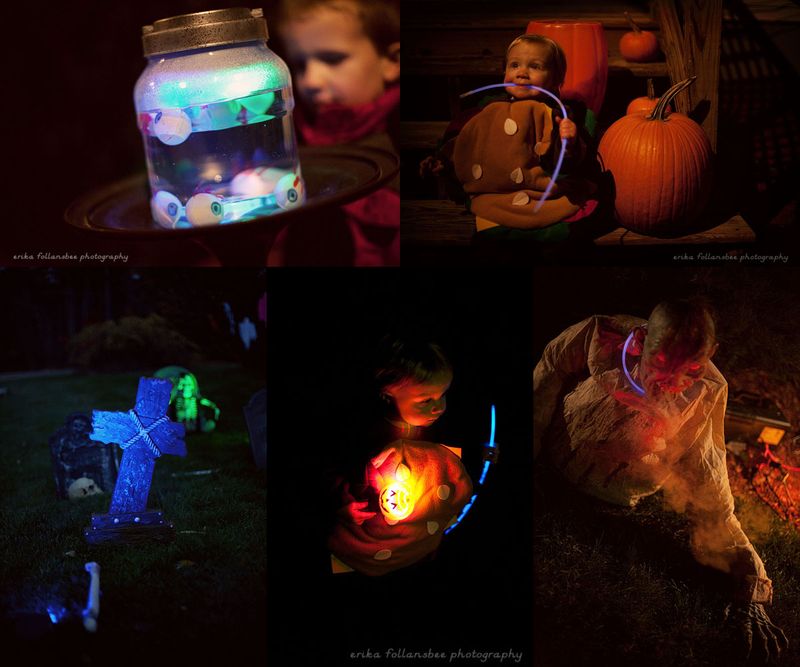 The marjority of the neighborhood trick or treaters come on this vehicle each year: somebody hooks up a trailer to their lawn mower and it's all decorated. It holds like 10 kids, if not more! 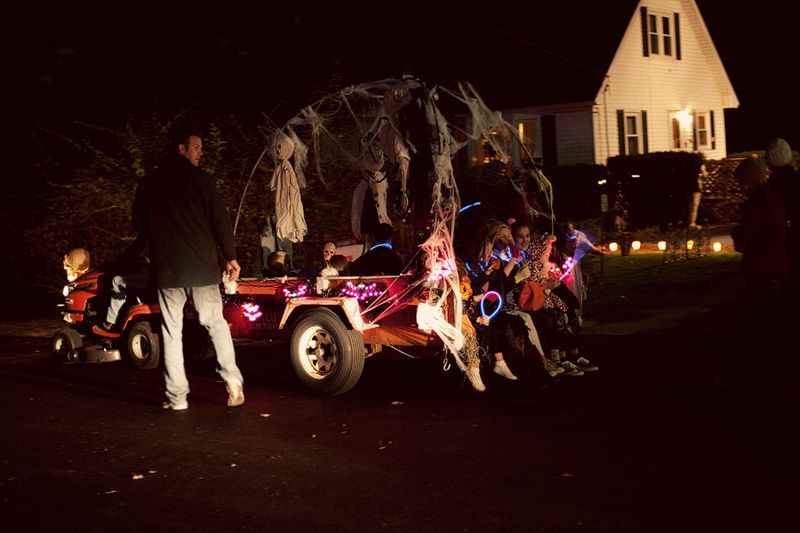 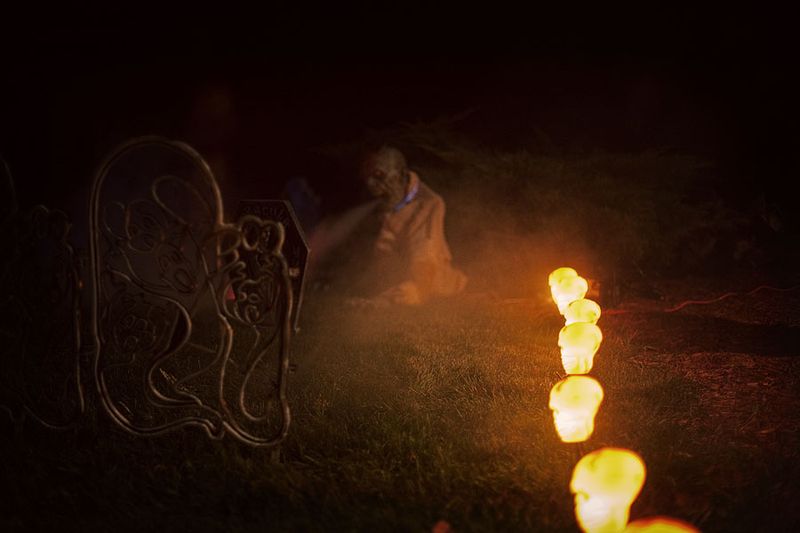 The fun gets bigger every year!