So much has been going on lately and I just haven't had time to blog it. Poor Parker, he turned two and if I don't get his 24 month update done soon, it will be forgotten forever. And he's way too cute to let it get forgotten.

I miss blogging because it's just what I do. For as long as I can remember now, I write and I take pictures. That's what I do. It's what makes me feel centered.  Which is probably why Erika Follansbee Photography will never go anywhere significant because all I ever want to do is shoot, edit, and blog it. :) The rest of it (like pricing, scheduling, billing, marketing, and business plans) I consider a HUGE pain in the ass and never feel like doing it. I should probably find somebody to work for where I could solely do those things........ but, oh wait. I am a terrible employee and I have a problem with authority. :) And no time, also. I think it's safe to say that I work best alone, and doing my own thing (which is sadly my very detriment). 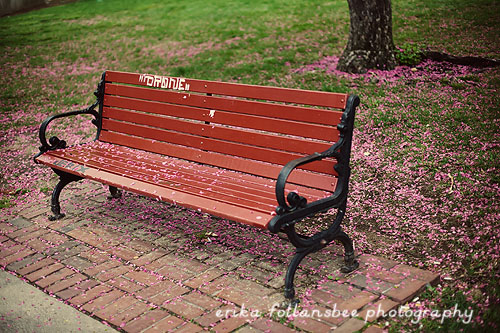 Anyway, my point is that I need to MAKE LISTS!!  I do enjoy making lists and I find it helps me to be more focused and productive. So first I need to make the lists, and then I need to find the time to be organized enough to do the things on the list. And then we'll be good.  Many things need to be blogged. Stay tuned.

Or as Clinton Kelly "CK" says, Freakin' fabulous.  During my visit to NC a few weeks ago (yes, I'm still not done with that topic yet) my best girlfriends and I all met up for a girls' night in Chapel Hill. Except for Shelly, she couldn't make it--missed you girl!!  I love these girls and I can't think of too many other human beings on this earth outside of this small circle that I feel as 100% comfortable with.  It's an amazing thing, especially as I get older, to have a group of friends like this that I've known for so long that I can't really ever remember NOT knowing them.  It's liberating to know people like this who have known you since before you became the person that you are today, who have seen you at your absolute worst, and celebrated you at your best, and laughed and cried together the whole way.  And I have to admit that I like the way I feel when I'm with them, because I feel like we're 20 years old again, the way we giggle cackle and carry on. Yeah, we're not the giggling type. We guffaw.

Here we are at some timeless UNC landmarks. We marveled at how much has changed, and how much stays the same.  Browsing through souveniers at Student Stores, we decided that those prices were geared towards alumni who had majored in things other than Religious Studies or other somesuch nonsense. Ahem. ;)  Who the hell would do that?

I love Jenny. She will bust out the irreverence anywhere. Any place. Any time. 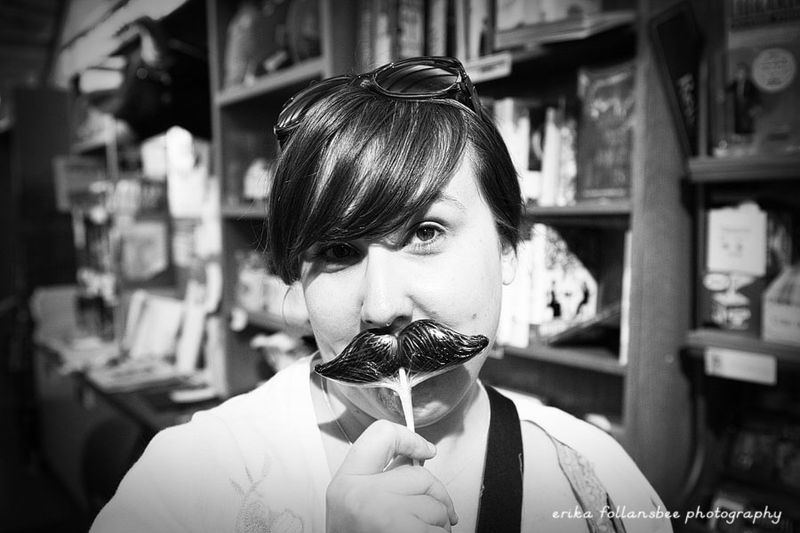 Bandido's was great as usual (after a quick table change from a lame location to a much better one). A pitcher of margaritas got the party started and we laughed the time away. Who knows how many meals we had spent down in that little basement restaurant 10-15 years ago.

After Bandidos..... cupcakes from Sugarland in the street lights of Franklin Street. My 50mm lens allows me to take photos practically in the dark.

Looking suspiciously like a mug shot of some kind..... 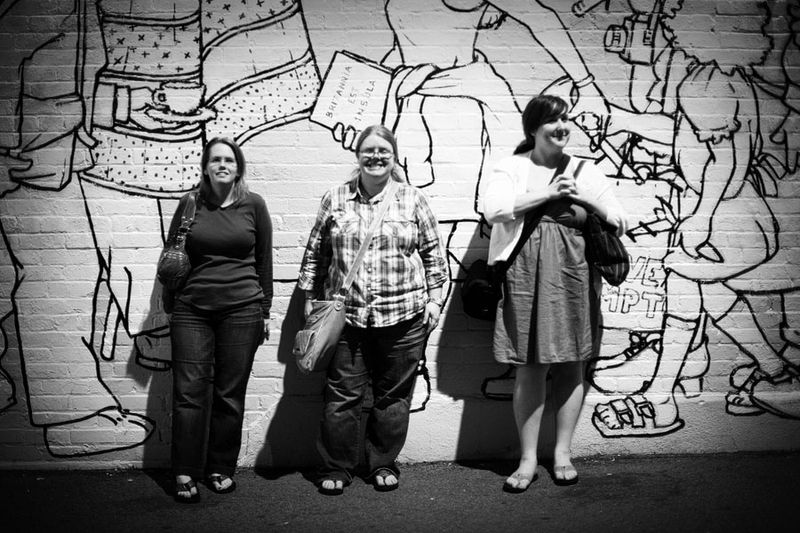 Parker's 2nd birthday was yesterday! Until I get time to do his 2 year update, this video will have to do. I took it less than a week ago, and it's 4 minutes of typical Parkerness. (somebody please take the time to watch it, because it took me 20 minutes to upload it to You Tube). LOL

It always amazes me when one of my kids reaches another birthday, somehow convincing me that we're doing something right. I'm so clueless as a parent, and boy does it make me happy to have another child, another year, reached in a healthy status. Parker isn't brilliant or advanced or anything, but he's bright and happy and funny, and he's a good eater and a great sleeper so we're thrilled! 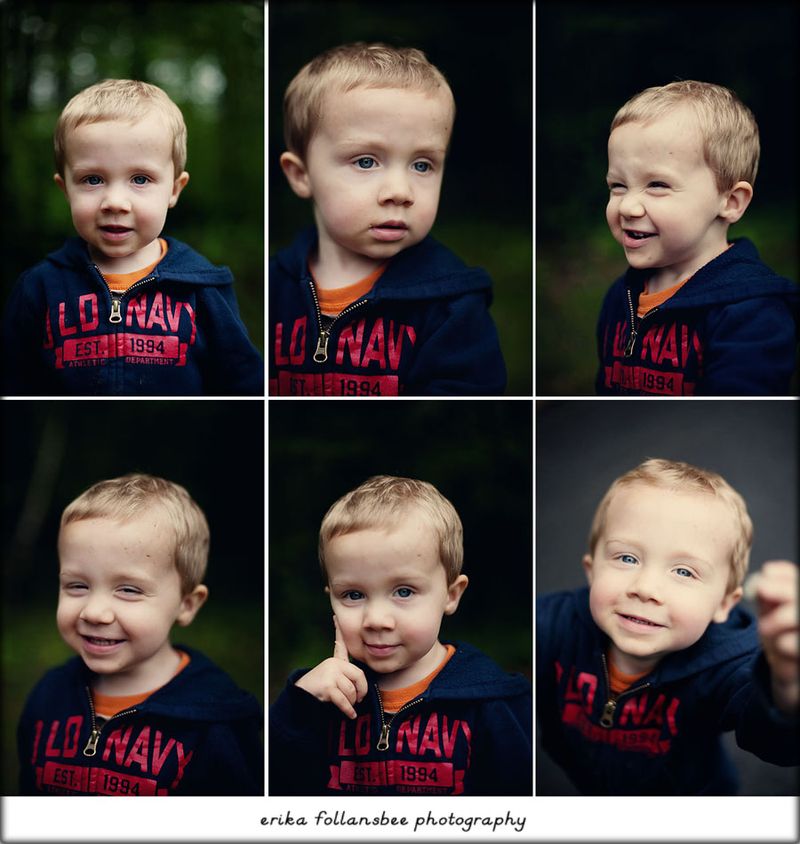 I hate those milestone charts. They make me feel bad. For not being some kind of amazing teacher/therapist. I just do what I do, and I'm lucky to get 3 meals on the table each day (and often times I don't without a lot of help from Dave), and laundry done, and basic needs met.  We used to study those milestone charts when Drew was young, because that's what first-time parents do..... and then we gave up after Drew stopped meeting so many of those things. And I never went back to them, even with another newborn to start over fresh with. And now, with the regular milestones to partially obsess about, and also having a sibling diagnosed with autism and therefore so many "warning signs" to watch out for, there are so many things that we could potentially spend all our time worrying about with Parker. But in our heart of hearts, we've never had any of the concerns that we had all along with Drew. He's been a blessing, and we never had to worry about him for anything. He's TOO easy, really. He makes me feel like I'm forgetting something important.

He has over 60 words, at least (and over 35 signs). By the age of TWO. I'm so amazed by that. But it's normal. Drew had zero words at this stage. That's my measurement of "normal." It's weird having a second child pull up the rear in such a different way. It takes everything I learned as a parent with the first child and makes me start over like I know nothing at all. (which is true actually..... in my case, the more kids I have the less I know.....)

Parker is funny, silly, high spirited, passionate, curious, as adorable as they come, and always eager to get right in the middle of whatever is going on. Never met a stranger. When we go to the child watch room at the YMCA when I go work out, whereas Drew used to have to be bodily carried in there at age 2, and left in a sobbing heap, Parker marches in there and throws the door open so hard it bangs against the wall. He pauses long enough to allow me to remove his coat before he runs off to whatever activity he's into that day.

I wish I had more time to spend one-on-one with him. He's such a neat kid. I'm always amazed at how he is, and I'm always thinking, "OH, so this is the kind of experience that other people have with their typically-developing kids. Pretty cool."

Which is NOT to say that he's not a two-year-old. THAT kind of two year old. Wink, wink. Oh yes, he's high strung and very spirited and is always TESTING me to see how much he can get away with. He's quick to throw things and sometimes hit, and he's very familiar with time out as a result.

His 2nd birthday party was a small and low-key event. But my mom was up from NC visiting us, and Dave's parents came over and we had pizza and some cake. Parker's favorite part was the BALLOONS!! 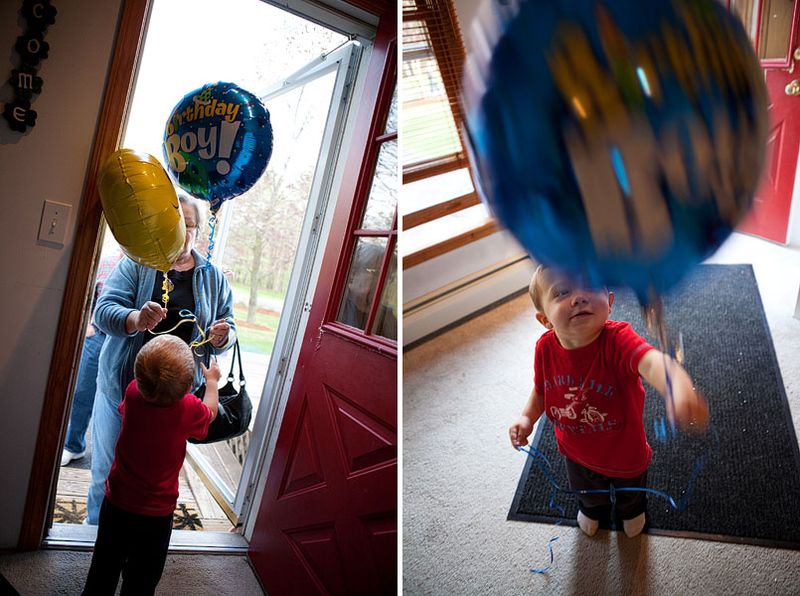 He's really into airplanes and he's always talking about AIR-PANES! and looking for them in the sky and listening to them go over.  So I got him an airplane themed caked from Just Like Mom's Pastries in Weare and it was so good as usual (we've used her bakery for a couple of Drew's birthdays in the past). 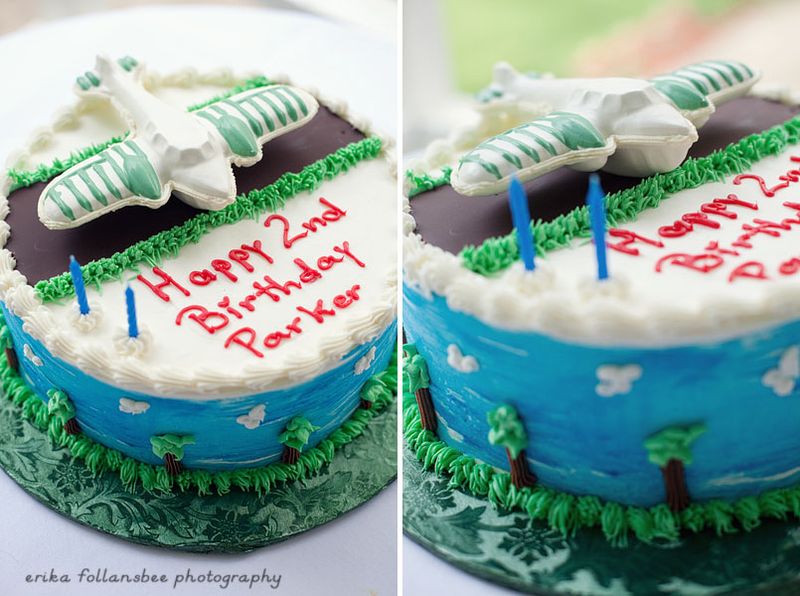 When we sang "Happy Birthday" to him, he actually reached out and grabbed one of the lit candles. YIKES. We all kind of stopped singing and waited to see if he was burned or not...... but he was fine, so Game On!!!!

Looking forward to seeing what the Year of the 2s will bring us!  He's so much fun and he makes us laugh.