So I've kind of created a monster lately with providing desserts and treats to the kids after supper..... but trust me, ONLY if they've eaten their supper (this is only really an issue with Drew) and only in small amounts. Parker always eats his supper, but with Drew it's more of a challenge. Anyway, oftentimes we buy the nasty cupcakes at Hannaford for an after-dinner treat when we're doing our grocery shopping. Parker easily knows the word "cake."

So for Drew's birthday I thought about getting him a special treat and my first thought was to take him to the grocery store to let him pick out a specially decorated giant cupcake that they sell. But then I was like, "UGH. Nasty. Who wants that for their birthday?" And just wait!!!!!  Here in Manchester we NOW have our own NEW cupcake boutique bakery!!! WE'RE IN THE BIG TIME NOW!!!  Apparently every town in the world has a cupcake bakery, and finally New Hampshire has caught up to the trend (I think 10 years late is pretty average for this area, given Olive Garden, Target, Kohls, Hobby Lobby, Chipotle, Ulta, etc)

I thought, let's take Drew to Queen City Cupcakes!  I've been following them on Facebook since they opened on Cinco de Mayo but because they sell out every single day, I can never get over there in time each day. However, on Drew's birthday we had the time to make the nearby mother-son trip over to Elm St. to visit the cupcake store that we've heard so much about. I do live in Goffstown, but downtown Manchester is only 10 minutes away. Nice!

We got there around 1:45 and time was on my mind, because I knew they could seriously be sold out at any moment. They had FIVE flavors left for the day. And after going inside and seeing the shop, I am not surprised! It is SO SMALL in there. It's quite amazing, really, how such a great buzz has been created from within such a tiny, nondescript shop. But I won't lie: These cupcakes are FANTASTIC. There is no display case, no interior decorating, no design, just a few tables and a kitchen. But clearly they have put substance before form because these are great recipes they have. No doubt about it. 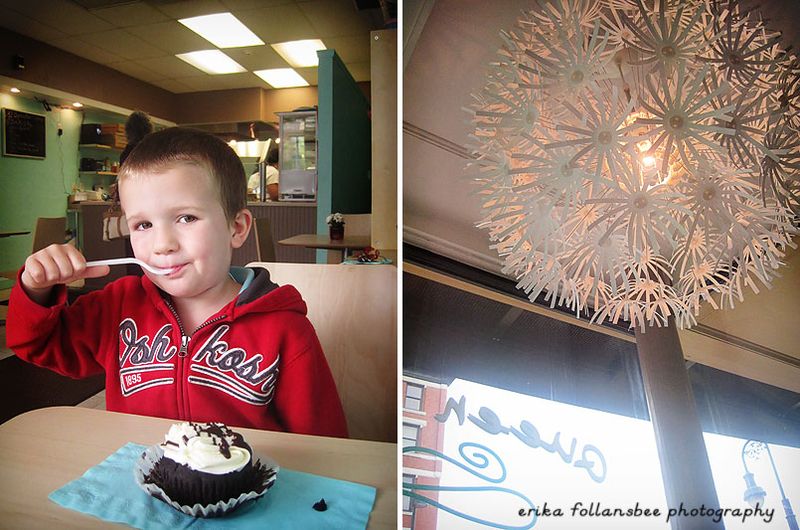 These cute white paper floral chandeliers are adorable and not the first time I've seen them in a cupcake bakery! They must be a trendy thing in the cupcake community. They're from IKEA and I saw them at Delicious in Greensboro when I was there in April. They sure are beautiful.

I bought a six-pack of cupcakes of the flavors they had left for the day: carrot, red velvet, hawaiian, almond joy, and two peppermint--one of which we ate there in the shop. It was fantastic!!!  I have never tasted a more moist chocolate cake, and the peppermint flavor was really high quality, being both light and long-lasting. It hit high up in the nose rather than coating the tongue with some cheap breathmint-like flavor. 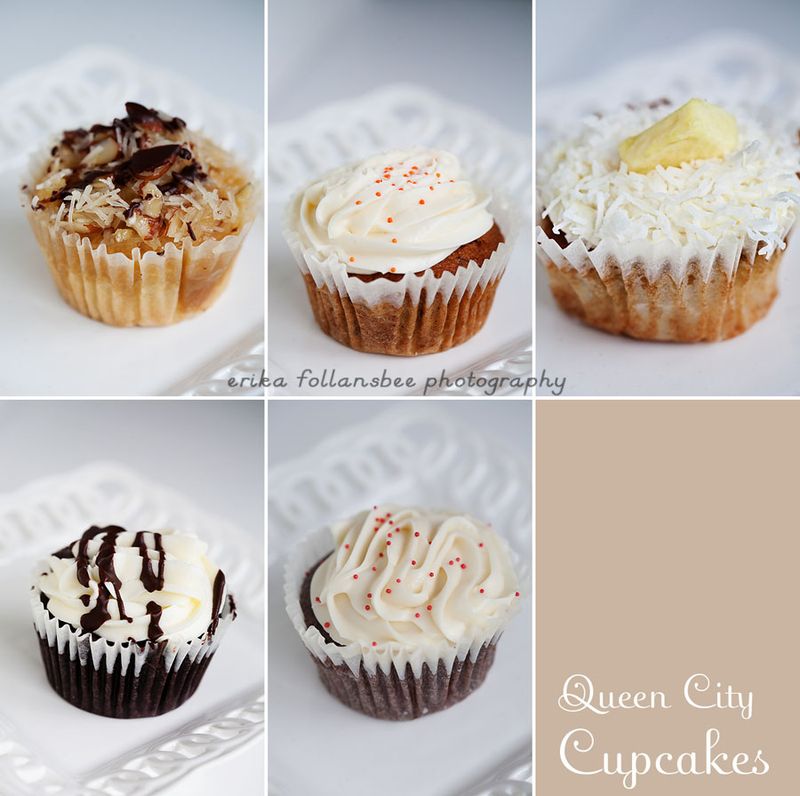 Good stuff.... and the Hawaiian was my absolute favorite!!!!  I'm kind of a sucker for ANYTHING with coconut in it. These aren't fancy-decorated cupcakes but more of the homestyle variety....... but the ingredients and taste are so obviously high quality. Fantastic!!!

Posted at 10:28 PM in Birthdays, Drew, Food and Drink | Permalink

There's an asian restaurant here in Raleigh with that same chandelier! And glad to hear you guys are on the cupcake world map!

Mom-no, not that often. They're more than $3 per cupcake! Ouch! But definitely for special treats.

I guess you'll be keeping the road hot to over there....