We had Drew's birthday party on July 3rd, which if you do the math is more than 2 weeks after his actual birthday. One, he didn't know the difference and he didn't notice, and two: we wanted to wait until his cousins and Aunt Dawn and Uncle Doug were all in town for our annual Week of Fun. And fun we had!   It was worth it to wait so long for his party. 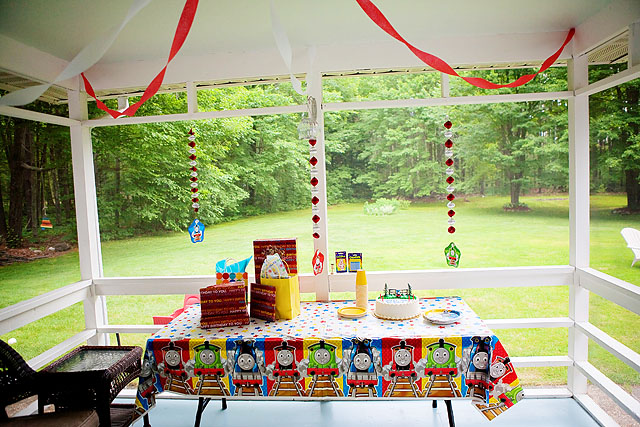 The theme this year was Thomas the Train. I guess it never gets old. And now Parker is really into it too. So we have 2 kids all about trains at the moment.  Some time in June I took Drew to iParty and let him look around and see what he might want for his party. He had no idea what I was asking him to pick out, so he was all grabbing Minnie Mouse plates, football cups, hawaiian leis, and all kinds of stuff. Finally I just said, "what about Thomas? Isn't that nice?" And of course he said yes (he would have said yes to anything) so I made the executive decision.  He was excited. 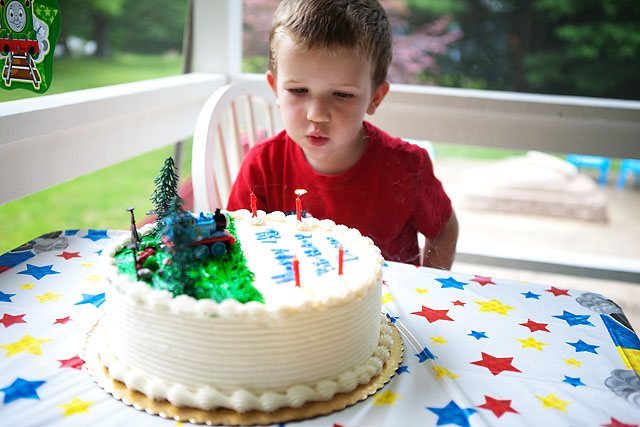 We did a pinata this year for the party! It was fun although nobody wanted to take a whack at it except for Drew (and Parker got in a few licks too). Finally it broke open and everybody helped pick up the shower of candy (I don't remember if it was the plastic bat or the golf club that got it open). 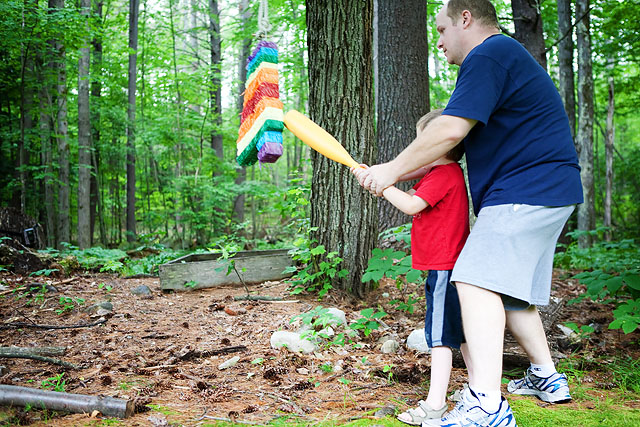 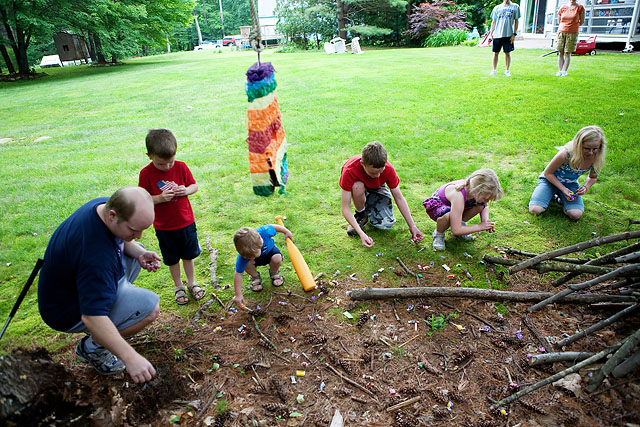 Drew secured the loot and ran it back to safety. 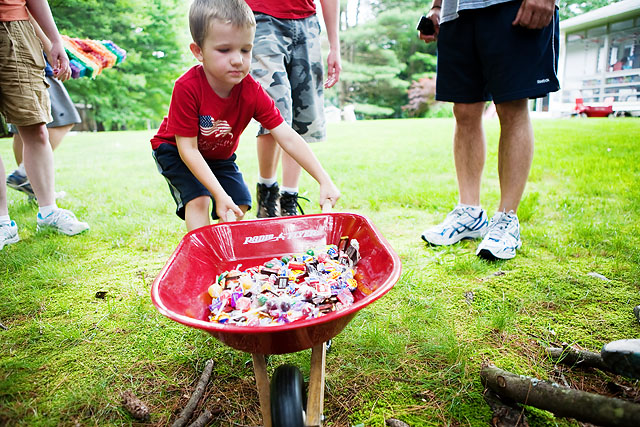 I like this shot of him blowing out the candles. 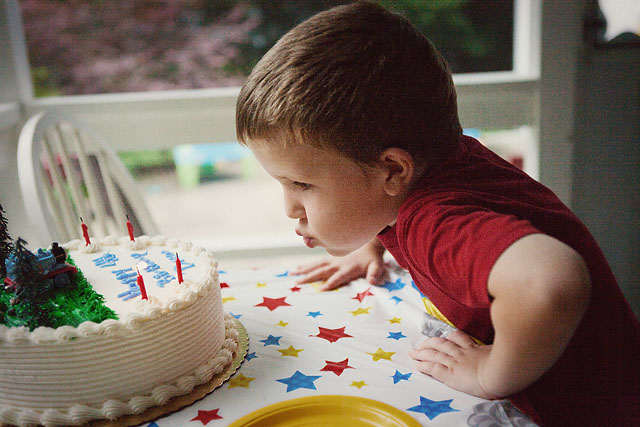 A cool gift from Uncle Doug was this bubble gun.... it makes a HUGE cloud of bubbles! 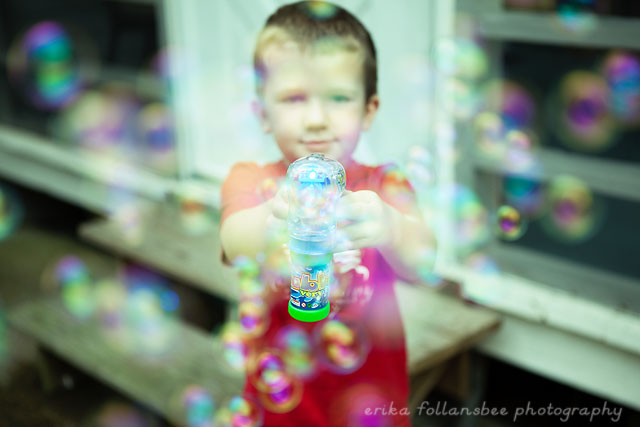 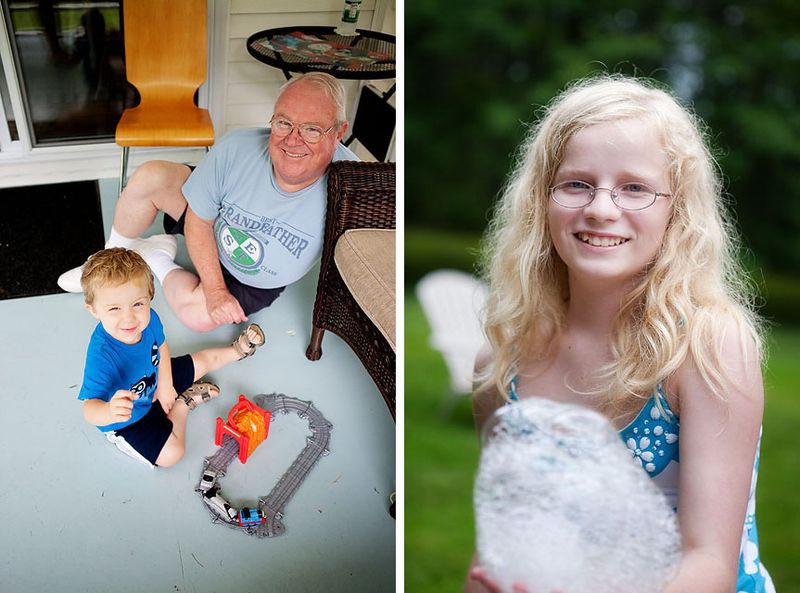 And lastly, one of Drew's presents was a big boy bike!  I didn't think it would be possible, but as it turns out you CAN make my child's head look even BIGGER with the addition of a helmet. And that would be an Age 14+ size helmet.  He's so sweet on his bike, he's still very cautious about it and is kind of afraid to ride it because he's afraid he'll get going too fast. But he's practicing on it a little at a time and seems to like it. Just needs to get used to it. Happy Belated Birthday Drew. Love the bike! We had a Thomas party this year too, oddly enough the day before you had Drew's. I'm hoping Simon will take up the love of Thomas too as I have party decoration left overs.

How cute is he? What did we get him?