Tonight Halloween was redeemed!  We had a great time trick-or-treating and the kids had fun, so I've made my peace with Halloween this year for the most part and had decent closure. Oh well. October was kind of messed up and disjointed and out of control, except for the first week during which I was having an awesomely fun week at home in North Carolina!  Back in NH, from a job perspective I shot some of my very best work of the year this month, and was so happy with the photos. On a personal level it was a little too chaotic and disappointing with not being able to go to Spookyworld or out to dinner for our anniversary, and having Halloween snowed out. And not to mention probably the worst thing overall is that our neighbor across the street who created such fantastic graveyard scenes for Halloween  the past few years passed away about six weeks ago so he was really, really missed this year. So sad that he went before he could see his favorite holiday one more time. So it wasn't the greatest Halloween year ever but everybody had fun (eventually) and it wasn't completely cancelled, only postponed, so I guess we'll take it.

Turns out, our "new" day for Halloween was beautiful and 55 degrees (not bad for this time of year!) so it was pretty nice. We managed to get all our leaves in the yard all cleaned up, which is a month-long HUGE process, and hopefully it is mostly taken care of. The leaves seem to really be holding onto the leaves late this year.

So Parker wouldn't wear his monkey costume tonight as expected so I pulled out his hamburger suit from last year. It still fit pretty well, although snug in the arms, and he was fine with it. I don't really know what the difference was, but he was pretty opinionated about it, so I let him have it.  They were so excited about candy, trick or treating, the lights we put outside, the candle in the (mostly furry moldy) jack-o-lantern,and everything else. AMAZING how Drew and Parker both arrived at an understanding of the holiday at the same time. 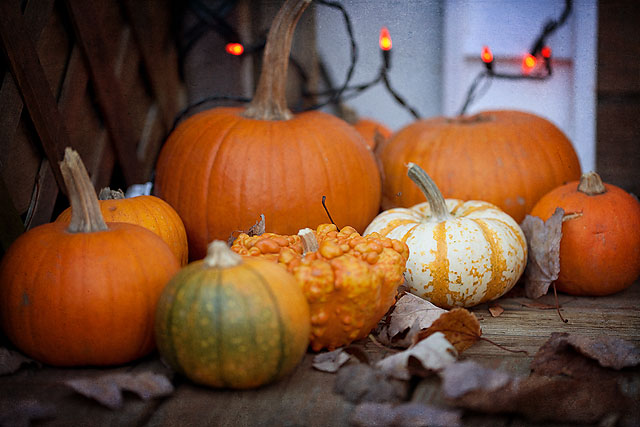 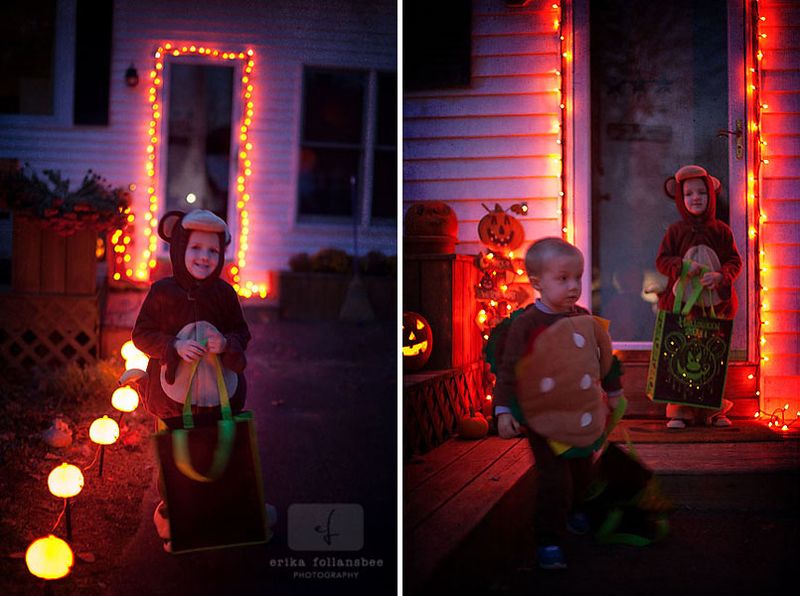 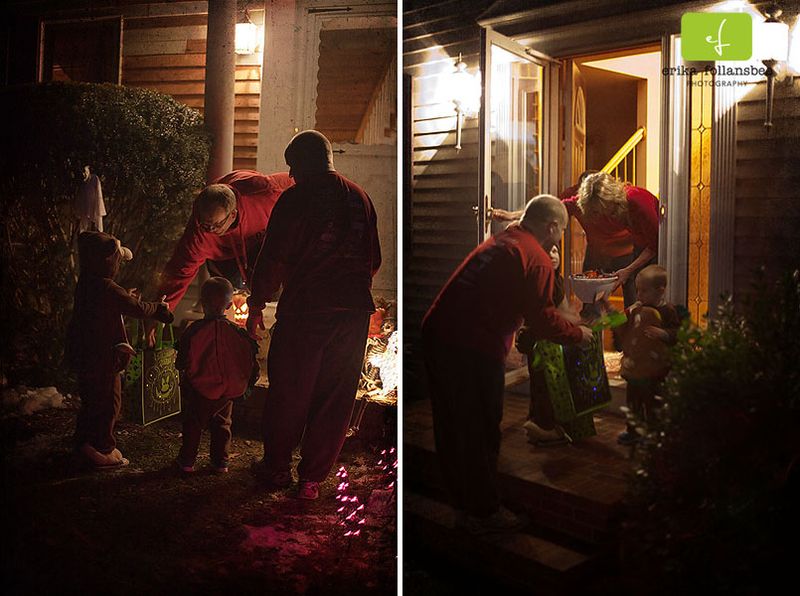 Very happy that you got your Halloween in the end. Sorry to hear about your neighbour, bet he was watching though.

We still have snow... We are hoping with the warmer weather we can take care of the leaves this weekend.

So glad it turned out well!