The Year that Halloween Got Cancelled

I had this nightmare...... that 2 days before Halloween there was a crazy blizzard and it dropped more than a foot of snow on New England, and the damage was so bad that they had to cancel Halloween.

Hmmmm...... not a dream. Very much a reality. I CANNOT believe this happened. I don't think I ever imagined in my wildest dreams that something so unthinkable could happen, but it did. 8 million people without power for days on end. What the HELL just happened, was all I could think. Bitter much? I'll tell you who was bitter--ME. The damndest thing I ever saw. Ridiculous. We lost power Saturday night and got it back just today, Wednesday, around noon. They had to cancel Halloween because nobody had power, so no lights =  no trick or treating. Unreal.

Anyway, the first day of the power outage was the regularly scheduled trick or treating at the mall. I took Drew knowing this could very well be the one and only Halloween activity he would get to participate in. Meanwhile I  think I would rather have stabbed hot needles into my eyes, than fight the crowds at the mall for this joke of an activity. UGH. Heinous. I LOVE Halloween, you know this, but I swear this is truly one thing that is so incredibly painful that I hope to never go again. The stores run out of candy within the first 45 minutes so it's just a madhouse trying to throw elbows and get around. But Drew has a great time and doesn't know that this is NOT how it's supposed to be. He's so shy and doesn't want to merge to the front of the crowd so I have to chuck him up there just to procure one little Now & Later for his candy bucket (which he can't even really eat). so it's just lame. But he still loves it, so that's what matters. Here are a few of my really bad photos which ironically look like a pretty tame experience. I don't know how I manged to make it look peaceful and fun in the photos. :) It was NOT, believe me. 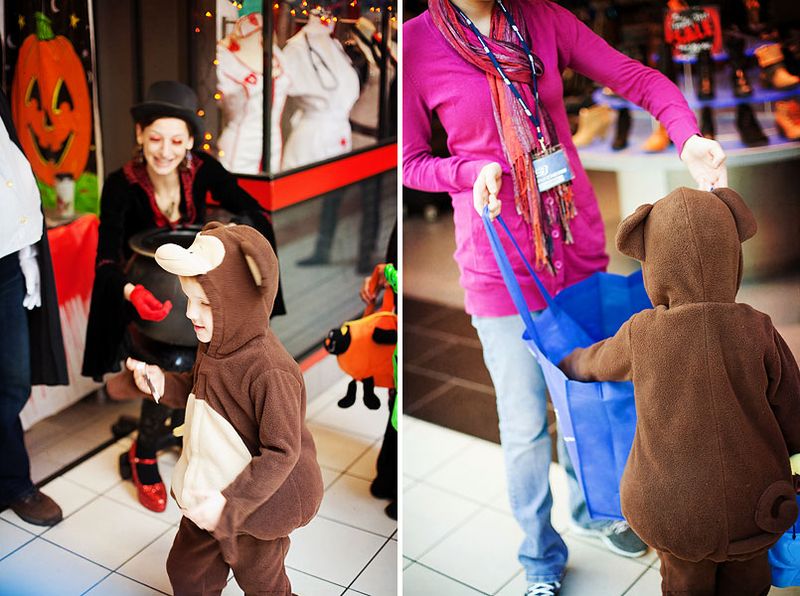 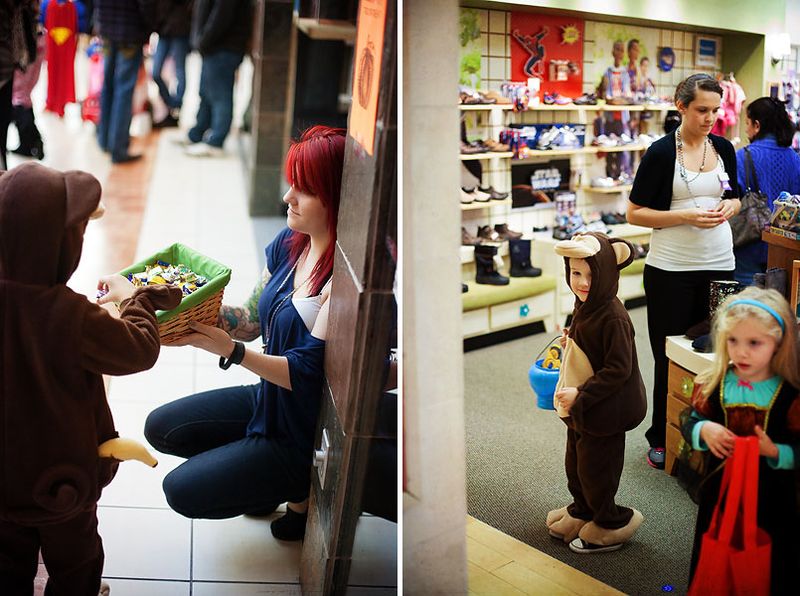 Anyway, I'm not done with this topic but they're planning on rescheduling trick-or-treating for this weekend. Hopefully the jack-o-lantern that we carved on Saturday night before the power went out willl not rot before then. :) 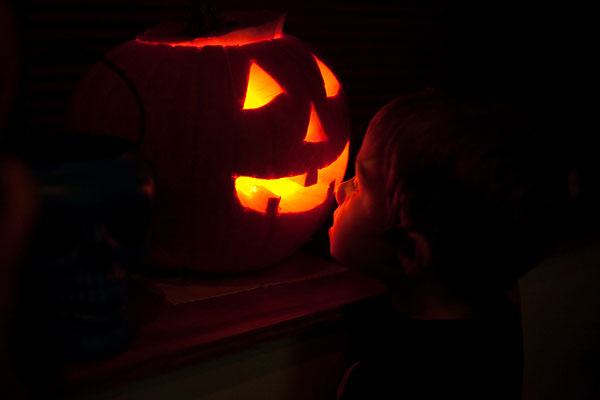 I love the picture of his little face next to the pumpkin all aglow. I feel for you because I know how bummed I was to have the 4 day stomach flu on Christmas which I love as much as you love Halloween. I felt Christmas was canceled. However, I am still broken up with Halloween and blame it's tricks for all the snow so I am also bitter...but for a different reason!

Sooo hope that you got your perfect Halloween. I know how much you love this season and that snow would have sucked!! We never have to deal with that here - but what do you do, how do you cope? Did you lose a freezer full of food?