Parker in the Field

Today Parker didn't take his nap. Which is not all that unusual. Most days he does, but sometimes (increasingly so) he opts out of it, and on days like today I go in there after listening to ignoring him jumping around and squealing for over 35 minutes, I find him naked from the neck down, diaper flung across the room, and one arm stuck out of the neckhole of his shirt. He says "Good morning! I'm wake up!"

So apparently he has some energy to burn so I bundle us up and we go for a walk in the pumpkin field. I cannot stand to look at him for ONE MORE MINUTE in that green coat he's been wearing for two years, so I find another coat in the closet which I thought was too big but actually wasn't so bad. It was very cold today, but still such a pretty day and I've been enjoying the winter landscape so much this winter (because there's no snow yet!) I do love a snowless winter because it reminds me of home and it FEELS like a proper winter to me. I rather like it. The pumpkin field is vast and stark and empty. We saw one lone turkey who looked like it had one leg hopping around in the lower part. Then he flew away. 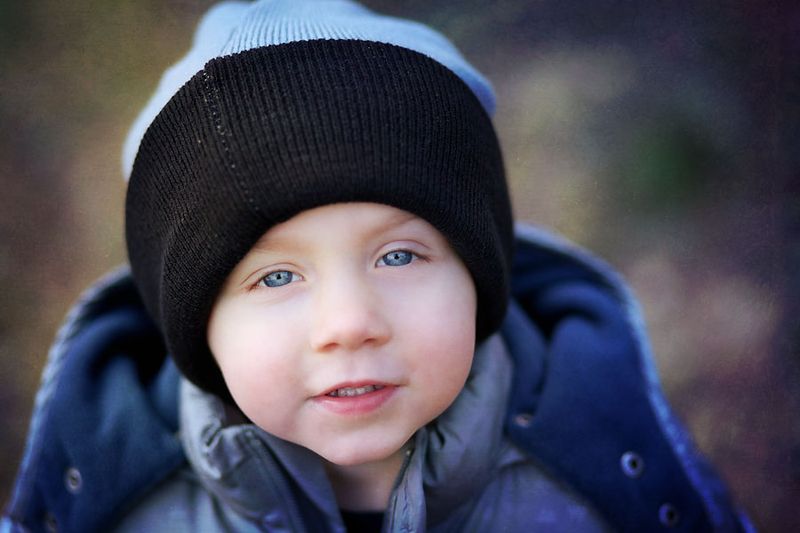 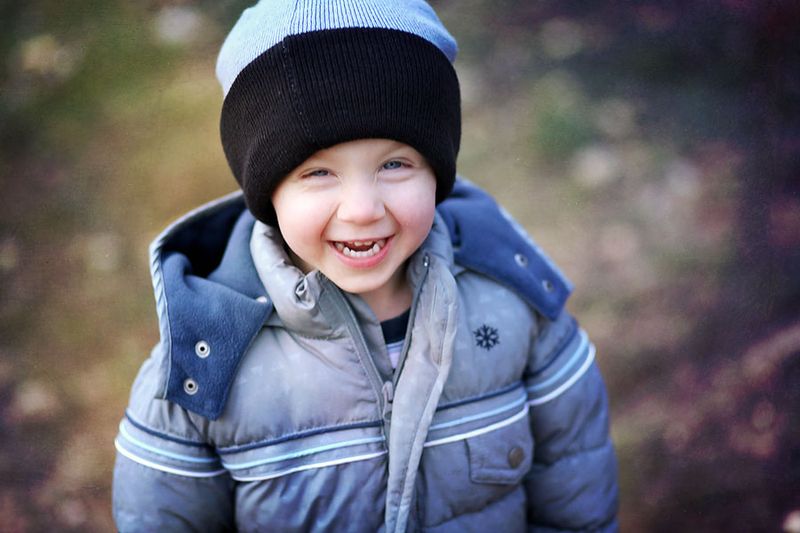 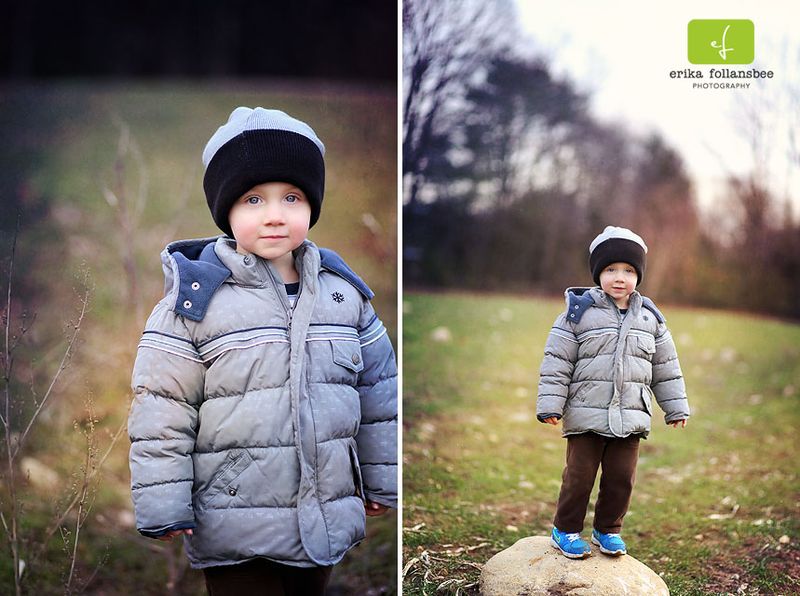 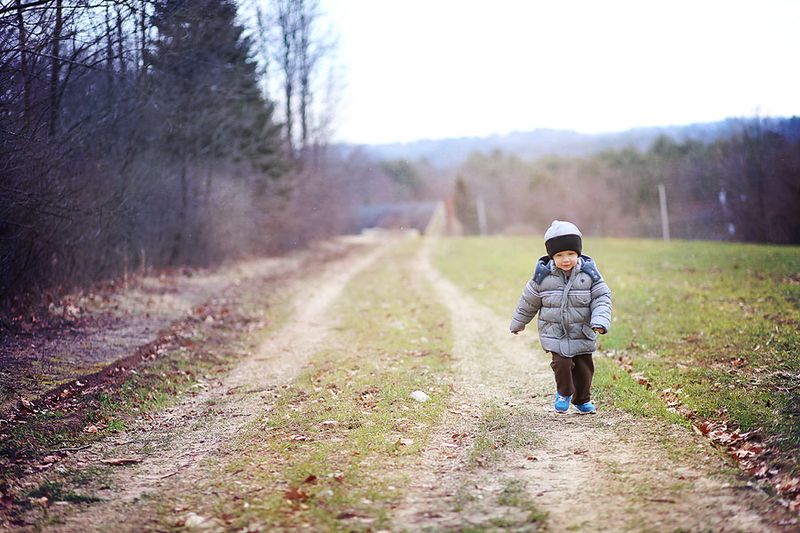 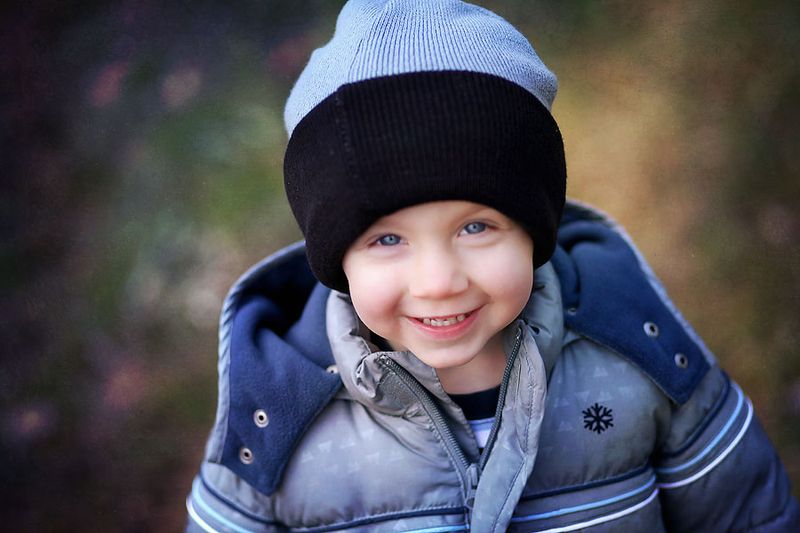 He found a golf ball in the field, and asked me to take a picture of it. :) 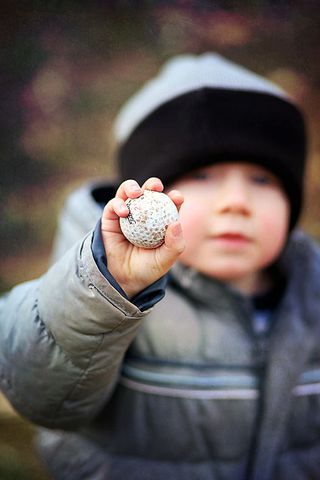 It was a much better way to spend an afternoon than sleeping, I think. Parker likes these pictures, he looks at them and talks about his gray coat, blue shoes, hat, and his teeth. :) And he likes the walk in the field.

Lovely post- I love the way it is written! And I'm thrilled to hear that you guys don't have snow!