It was right at the end of January that we started to become aware of some neat abilities that Drew has with regard to memorization of small details. Like the vast majority of autistic kids, he's a highly visual learner. Because his receptive and expressive language skills are a little bit lacking, when he hears things being told to him, it's hard for him to process right away. But if he can SEE something written down, or shown to him in pictures, it becomes ironclad in his brain and locked away forever. He's always been so observant, and notices such tiny little details and differences. Classic autism.

So we have this wipe-board calendar on the wall in the kitchen that we scribble all our appointments, therapists, events, etc on throughout the month, like any normal family.  As Drew became increasingly aware of months, dates, days of the week, time, clocks, etc.... he became sort of obsessed with the calendar too. It was like he would constantly study it and soak it all up, trying to find reason and predictability about it. Every morning he would get out of bed and fly to the kitchen to stand in front of the calendar and see what was going to happen that day, what happened yesterday, what was now coming up sooner than it was the day before.  He loved the fact that he could SEE it, and the great thing about it is that now he can read so we don't have to depend on his picture schedule so much. He can look at a calendar or day planner like any other person and just READ it.

He loves his routine, depends on it, and loves a schedule. His whole day and demeanor gets thrown off if he doesn't have his schedule outlined. Something visual that he can look at and know it's predictable and know what's coming next.

So I have a point...... I'm getting to it...... the calendar. We began to notice that he was memorizing the whole thing. He knew exactly which dates he did not have school that month, and could rattle them all off. When asked what days he saw Cass in January, he thought for a second and said, "6, 13, and 20." Which was correct. All 4 of us plus our cats had dentist appointments in January, and he could recall the dates and times for all of those appointments.  Obviously he had been staring at that calendar for the whole month so maybe it wasn't that impressive that someone witha  good memory could remember all that (although I know I sure couldn't!). So then Dave erased the whole board and started to write up everything for February. Drew was standing there watching in mind-blown fascination, and you could tell he was excited to see what he was going to write down. So Dave wrote down everything that we knew of at that point, and as soon as he got done, turned Drew around and started quizzing him about what he saw. And he got all of it right. Immediately.

Now I can't remember a damned thing from one moment to the next; that's why I write it all down. But Drew actually looked at it, and filed it away in his brain. Crazy.

So then we started testing him some more. We wrote down our address, and it was instantly memorized. Dave wrote down his cell phone number and after looking at it and repeating it a few times, it was memorized. He can even recall this stuff the next day without looking at anything.  It doesn't matter that he doesn't really know what the heck a phone number or an address IS, but he can memorize anything. He can barely even pronounce Goffstown, but he knows that's what he's supposed to say.

One day in the car I verbally told him my cell phone number. And he was able to repeat it back to me like one time, but couldn't remember after that. It wasn't until I actually wrote it down for him that BOOM it was memorized. So he really does have to see it and lock it away. (it took me probably a good year to learn my own cell phone number, just for comparison...... sad, but true).

So finally we were joking about it with his therapists, and Dave said jokingly he was going to teach him Pi. And that night, he did. He wrote out Pi to eight decimal places and it was memorized. Here's Drew reciting it the next morning without having looked at anything since the night before:

I'm not convinced yet that he has a photographic memory, but I do know he has an extremely good memory from visual cues, so we will see. I think it's neat how his autistic superpowers are developing!

I was so flattered when a longtime faraway blog reader in Australia asked me to do a guest post for her blog! Brooke from Brisbane put together a series of 5 guest posts and asked me to contribute tips for food photography. I was so happy to do it, and thrilled that someone thinks I know something about something (anything!)! :D Ha! I'm pretty sure it's the first time anybody has ever done that.

Without further ado, please visit Brooke way down under and say hello! 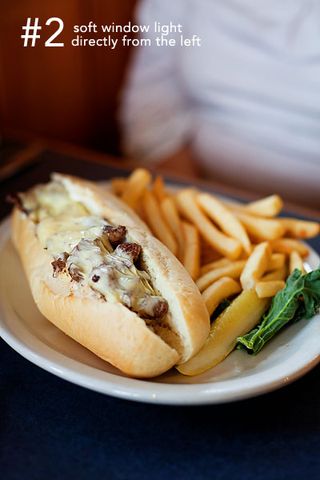 (also--yikes--I didn't realize it has been a month since I blogged!!)