This year for Christmas I was not feeling all into the baking thing (a pity, really....) so for Christmas cookies I bought those horrible pre-made cookie squares that you just break off, place on the cookie sheet, and bake. Drew was sooooo excited about making cookies for Santa, and that was what I ended up doing? I fail as a mom.

So that package of cookie dough sat in the fridge for a bit, and finally Christmas Eve rolls around and we had a very nice evening of Uncle Doug being there, and then Dave's parents came over and we all had Pizza Hut for supper. So after we ate, I baked the cookies, and then had Drew come in and shake sprinkles all over them. I should have known something was wrong from the way they SMELLED. Sugar cookies should not smell like ass, but these did. They were rotten from the start. They smelled weird, they did not even flatten out much, they were a gross color, and they were kind of hard yet chewy in a really gross way. It was a total and absolute FAIL. They tasted so bad. 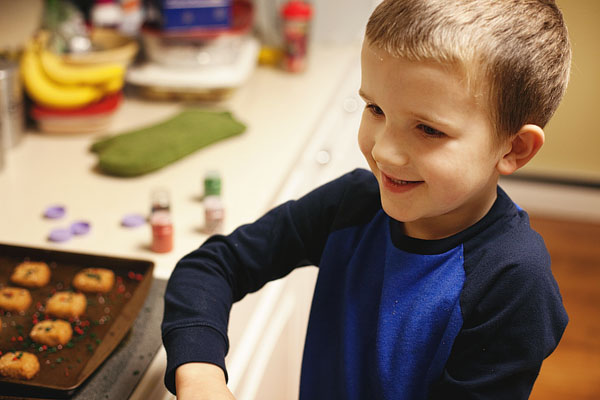 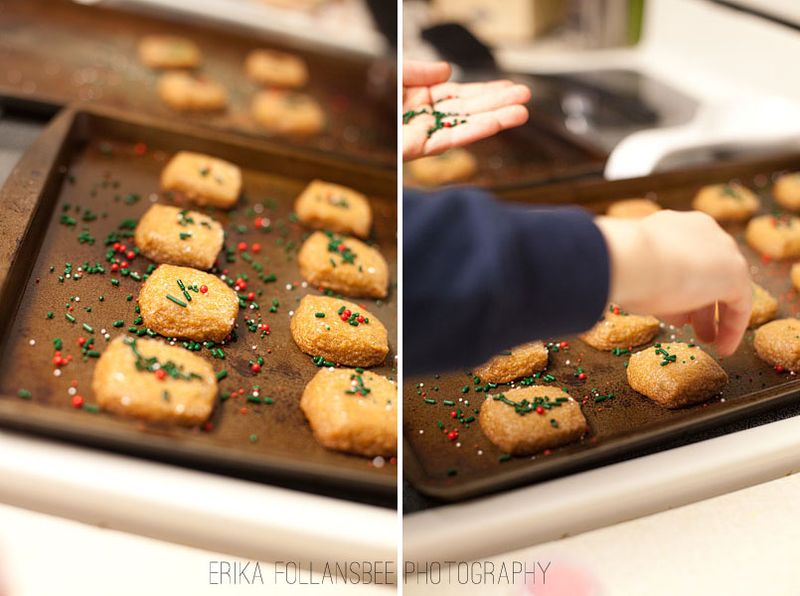 Sweet little Drew had the biggest time ever shaking on his sprinkles, and was SO proud of himself. Just tickled to death. He was making cookies for SANTA, and that was all that mattered. He even tried one, and the poor child, filled with the spirit of Christmas, actually ate it. But I noticed he didn't ask for another one.  Meanwhile, Grammie and Grampie sitting at the table watching this whole debaucle, are in tears and laughing so hard at this whole thing. It was too funny. Dave and I were trying to be all excited for Drew and telling him he was doing a good job, but the cookies were just SO bad. We were all dying. 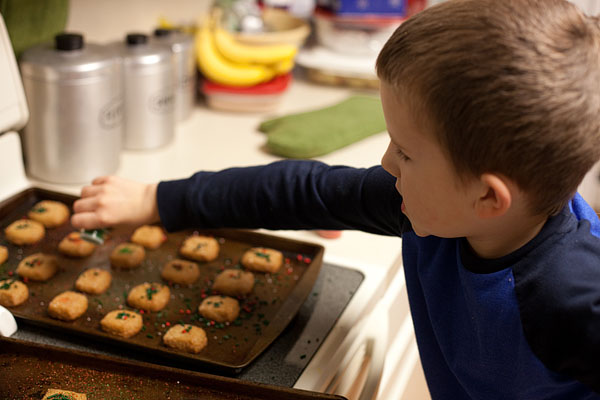 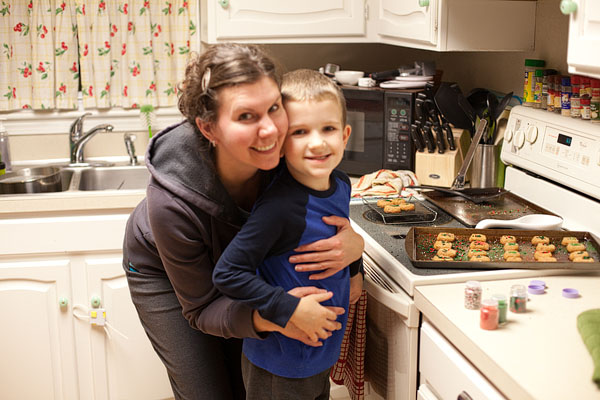 I do know one thing for sure. Next year I had better come up with the BEST darn Christmas cookies ever or I will never live this one down. :) Looks like I'll be baking from scratch.

Before I finished reading this one, I thought why was Drew sprinkling on the cookies before they were baked. I thought they were the chocolate chip cookies that started off as squares and then you baked them. LOL