Drew hates haircuts. I may have mentioned this. Like, we have to shut the window in the bathroom (in the summer) so the neighbors won't hear his shrieks and howls and think we're abusing him. It has gotten a bit better since he's gotten older, but not much. He freaks out about the feeling of hair on his skin, and the sound of the clippers in his ear. Probably an autistic nightmare in all ways imaginable. But at any rate, it has to be done, and we usually wait until he's homeless looking before we break down and acknowledge that we have to do it.

This time, he had mentioned interest in a mohawk, at least to the extent of what he thinks one is. He just wanted spiky hair of some kind, I think, so we thought we'd entertain him and let him have his little "mohawk" for a day or two.

He howled while we cut his hair, but smiled when it was over. For some reason, I happened to have a sample-sized tube of hair gel tucked in the way back of my bathroom drawer, which he happily let me apply. "Do I look like a punk??" he asked. 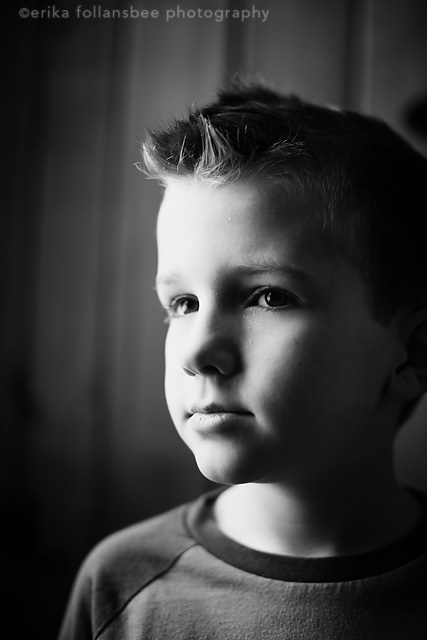 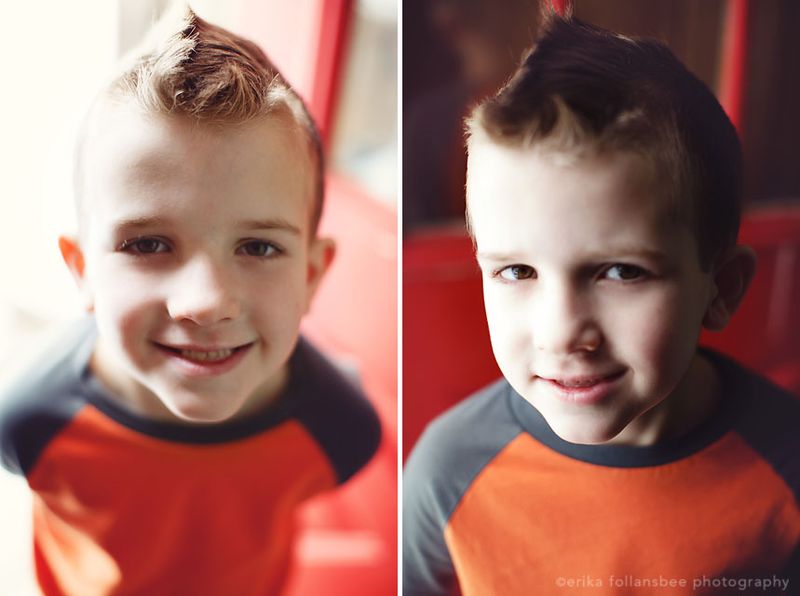 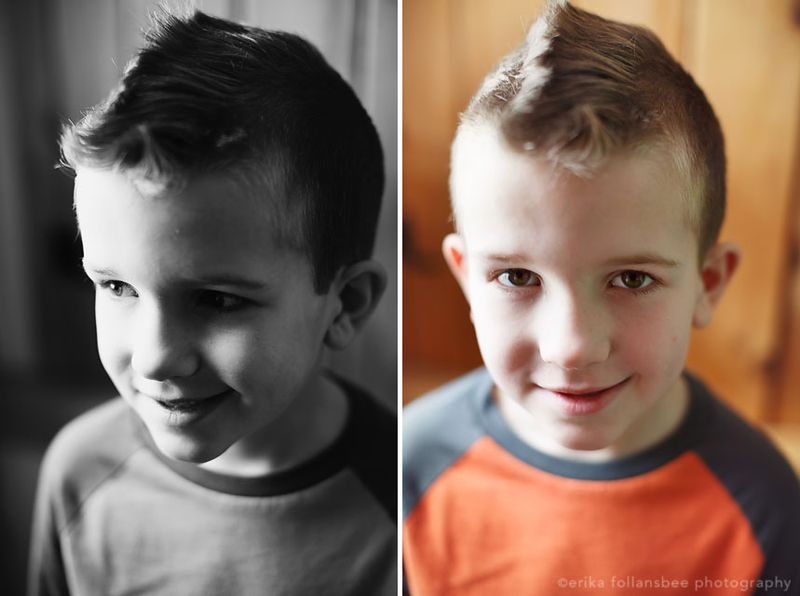 I think he was a little bummed that there was no school today, to show off his "hoo-hawk," as Parker called it. But there's always tomorrow.

So grown up!! I'm not sure if this would work with Drew but once I bribed Brian - told him we would have a horrible lunch if he wasn't good, a yummy lunch if he sat and let them cut his hair. It worked and we had a fancy lunch. He's been good ever since.

Looks great! He looks so grown up!