This year we did exactly what we did last year for Feb vacation, which was to head up to North Conway and stay at the Red Jacket Mountainview Resort so we could play in the indoor waterpark, Kahuna Laguna. Another great time!  Even though we were gone just one day, it felt like a whole week. We drove up Monday morning, had lunch at Delaney's Hole in the Wall again, which we really liked last year. 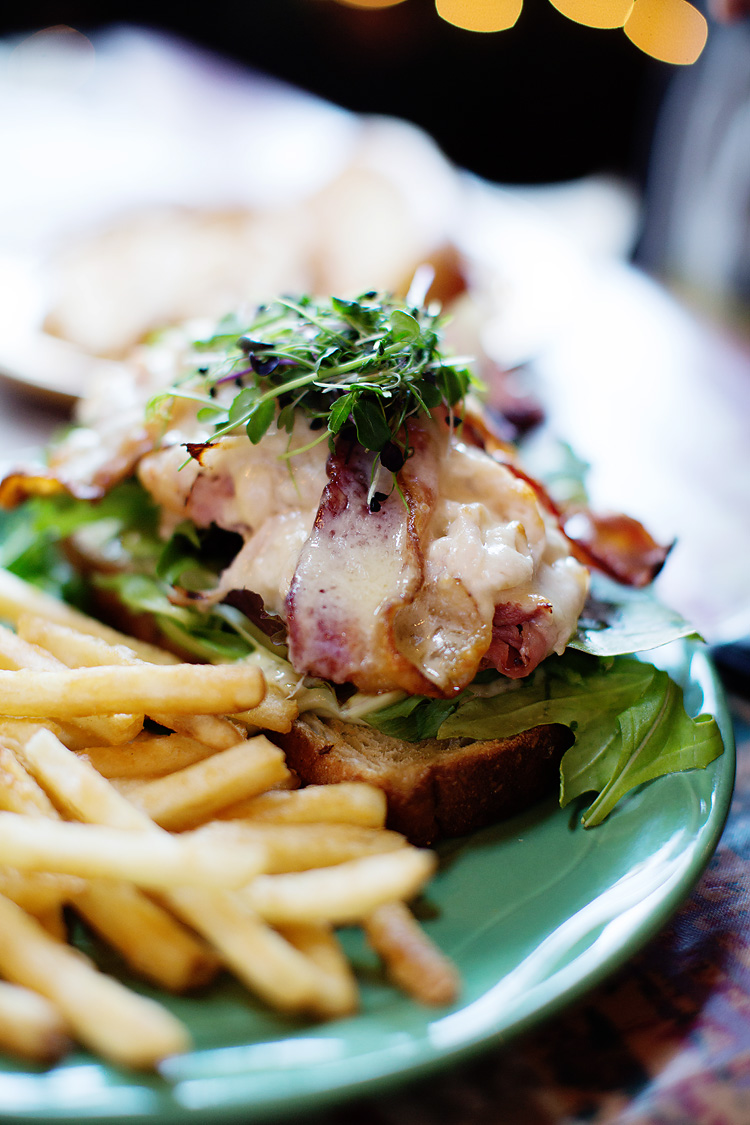 Full from lunch, we checked into our hotel and got settled in our room. Which we loved. I splurged and got us a loft room which was cool because there were four beds, and the kids' beds were upstairs in a private loft with their own tv. They thought it was so cool to have a little room of their own, although they spent all the time looking down at us. I'm sure it was weird to be a little separated. 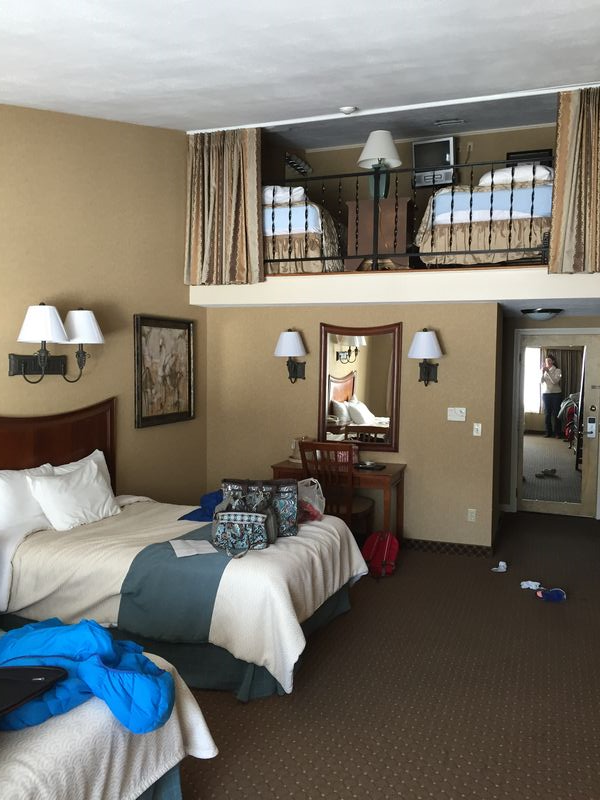 Off to the waterpark!  In the middle of the worst, snowiest, coldest winter anybody can remember, it is so nice to see water in liquid form, and bask in the hot and humid indoors where they keep it 80 degrees. The boys love the waterslides (there are 4 of them) and the wave pool, where the tidal wave comes through every 20 minutes or so. 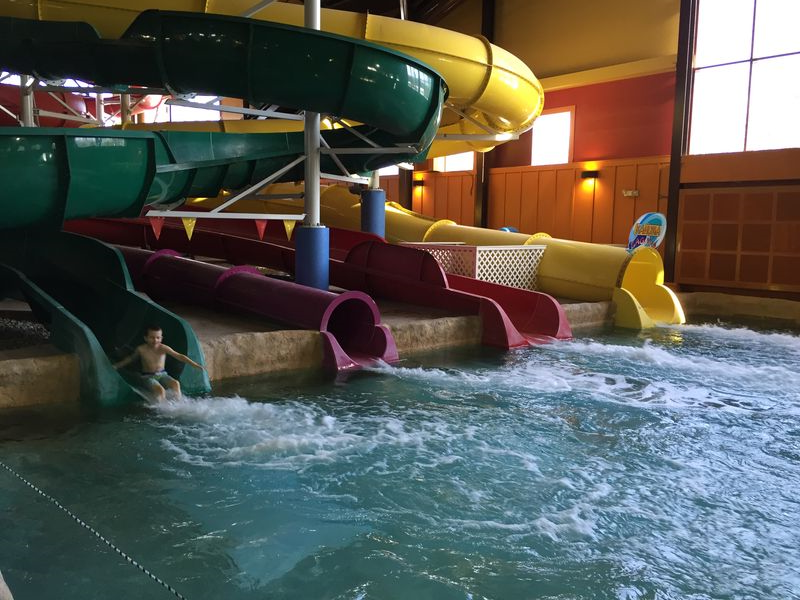 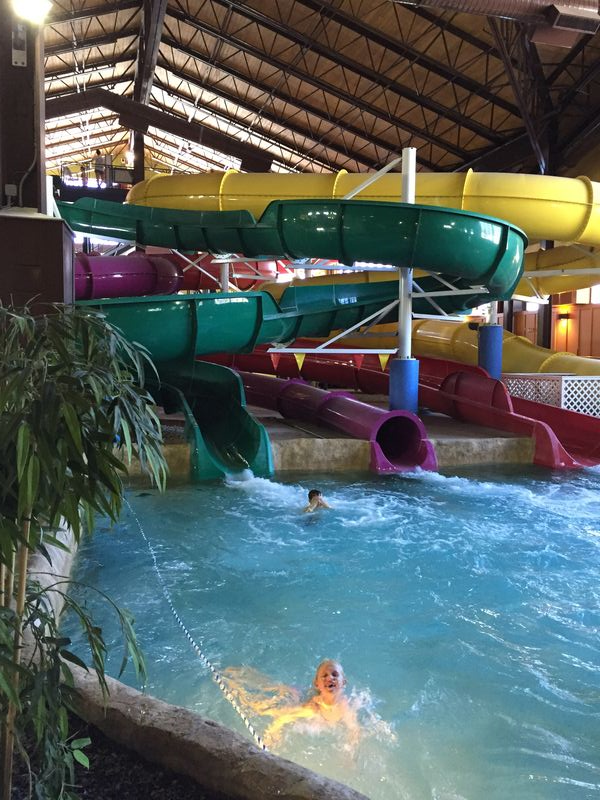 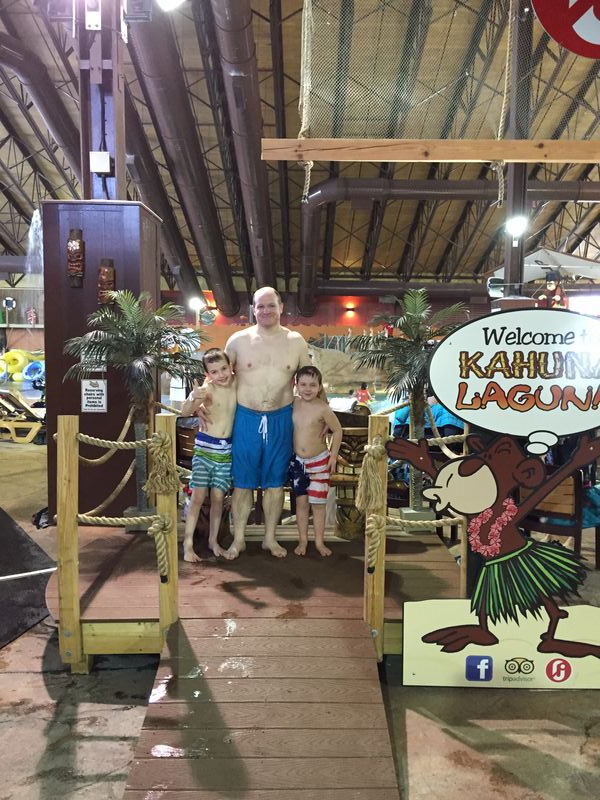 Later that night we went out in the freezing cold to eat supper at Moat Mountain Smokehouse which was very very popular and pretty good. I had a fantastic beer sampler which had 7 different beers in not so tiny glasses. It was a great deal at $8.75! 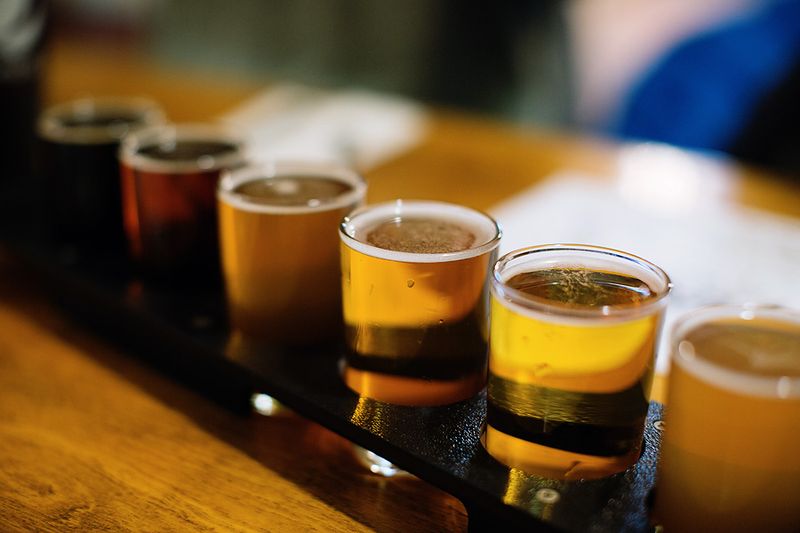 Parker and Drew were very very tired at this point and could barely function. So we gave them our iphones to play with until the food came, and that kept everything peaceful. 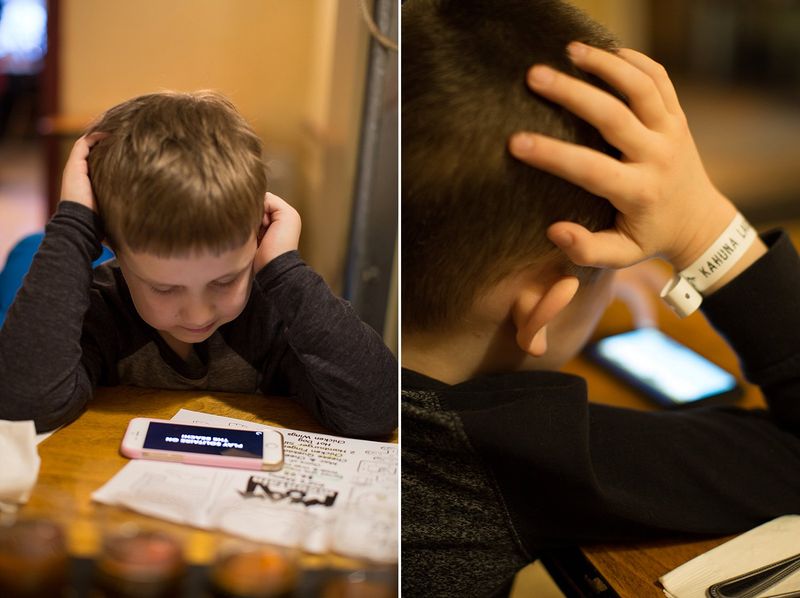 I had a big rack of St. Louis style ribs with mashed potatoes and slaw. Yum! 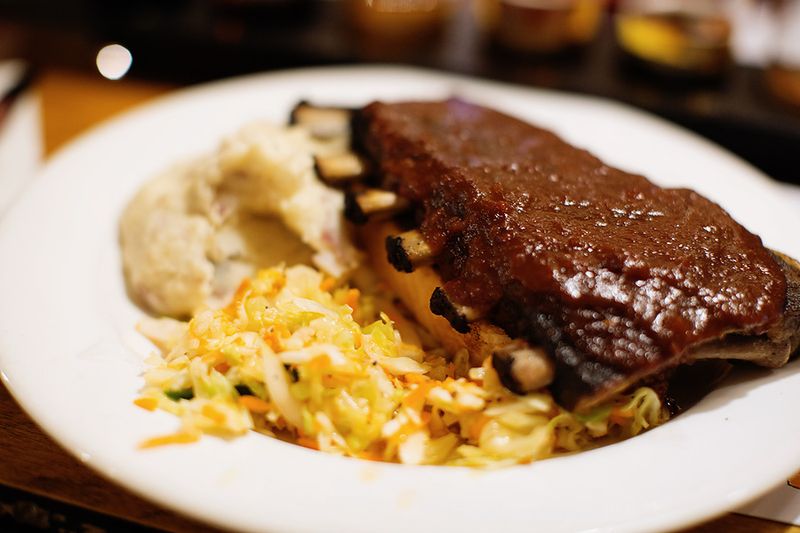 That night we all crashed and were in the bed literally at 7:53pm. Dave and I had a hard time sleeping with all the families crashing down the hallway until all hours, being SO loud, and not making any effort whatsoever to keep quiet. Really?? How can people be so rude, and let their kids go apeshit in the hotel hallways late at night? Drew was up at 3:56am and didn't really fall back asleep and I kind of never did either, just sort of dozing in and out of sleep. Still, as always, we are glad for whatever sleep any of us get in a hotel with the kids so we just press on.

We had breakfast in our room, because I made carrot-banana muffins and brought them along. I found some free coffee in the hotel lobby which helped immensely. Wish I had known about this last year! Then, back to the water park again from 8:30-10:00!  More waterslides, hot tub, and wave pool. 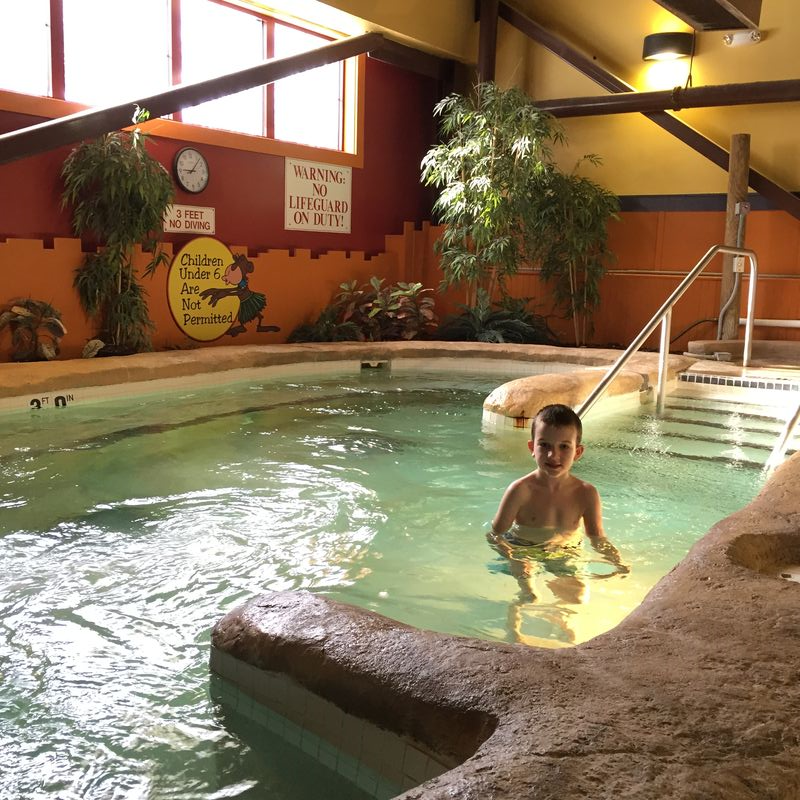 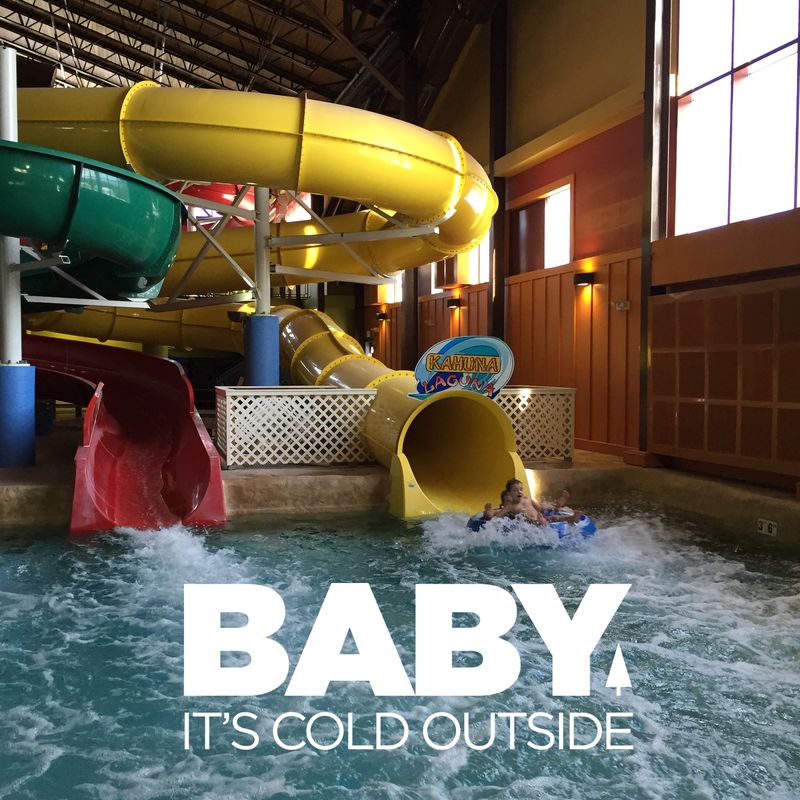 Finally it was time to check out, so we packed our stuff and headed back out into the cold. We had some time to kill before the lunch spot opened, so we went to White Mountain Cupcakery and got a few cupcakes. I had never been to this little bakery even though we've been to North Conway several times. They were actually on Cupcake Wars a couple of years ago and won! So they're a little famous. Oddly enough I did not take any pics of our cupcakes which is very weird for me. (I had the Almond Joy, it was very good)

Lunch was at the Muddy Moose, right across from the Red Jacket Resort (not to be confused with the Red Parka Steakhouse up the road in Glen, which we have been to several times). The kids were again beyond tired and Parker especially was in full on evil mode, so he got a big talking-to about behavior and stuff. Once he was fed and watered, he perked up a little but was never completely right. A little pineapple juice (his choice) spiked his blood sugar and his attitude. 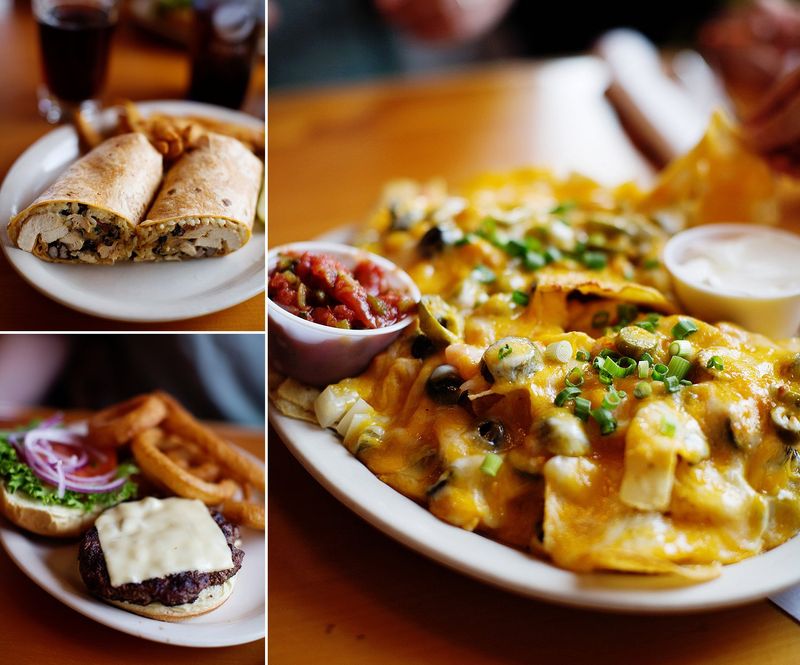 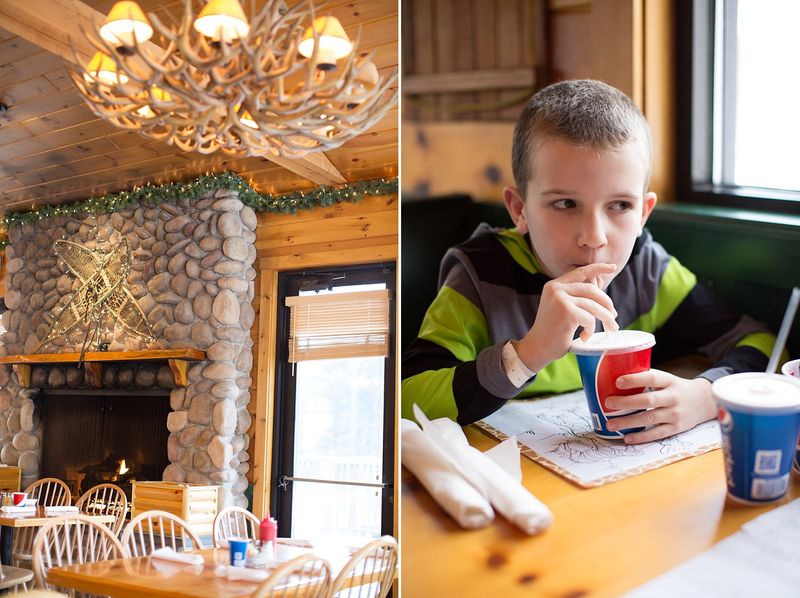 With full bellies, we were off to our final stop which was the Ice Castles over in Lincoln. Read about that next!