My resolution to blog more in 2015 is not going so well. As it turns out, March has been a complete wash out. Mostly because all of us were sick in March, so everything became a blur. In the beginning of the month, Dave came down with a horrible cold, which hit me a week later, just in time for my first wedding of the season. That cold lasted a good 14 days, complete with exhaustion, sinus pain, teeth pain, ear pain, at least 2 whole tissue boxes annihilated, nasal membranes that fizzled out and left me with nosebleeds every day, and hacking up gross things from my lungs.

In the middle of all that, Parker first came down with a stomach bug. On Friday the 13th, he was very whiny in the morning and said he was too tired when I took him to the grocery store in the morning. He really did seem exhausted. Then, as it got closer and closer to time to take him to school at noon, he could barely get off the couch and cried pitifully, so I didn't make him go to school. He even asked to go to bed, so I tucked him in and left him to it. After a while, he called me in there and he was throwing up. Not just in the bed, but he leaned over, and chucked it right into his bookshelf which is very close to his bed, destroying everything. He said, "I told you I was sick!!"  I believed him then, as I mopped up the carpet, and took out all his books and wiped them all down with Clorox wipes.

For the next 8 hours he was throwing up, and then until Sunday he had a fever, and was very uncomfortable. Poor guy was burning up. We have NO working thermometers in the house for some reason, even though I kept buying them, none of them will work right, although I did get a reading of 100.6 out of one of them. He laid on the couch and binge watched AFV. He went back to school on Monday, although it took him several days afterwards to start eating normally, and to stop being completely exhausted. It really wiped him out.

Then on Monday night, right at bedtime, Drew said his stomach felt weird and proceeded to puke all over the kitchen floor. So we started all over with him, and poor Drew was dry heaving all the way until Thursday morning. He was so pale and tired, and dehydrated.  He lost 7 lbs over the course of his sickness, and when you only weigh 64 lbs, that's a lot. Finally he was able to keep a little water down at a time, so I kept pushing the fluids and by Thursday afternoon he was nibbling toast and I saw a spark of life come back in his eyes. He wanted to look at books, which he hadn't done in days. He went back to school on Friday, although he was very tired, and seemed fine until he threw up again Saturday afternoon, took an hour long nap afterwards, and then has been fine ever since.

Miraculously, Dave and I escaped that stomach bug.

Which was a great thing for me, because now it's Restaurant Week NH and I've been trying to hit up as many participating restaurants as time and funds will allow. I think by the time the week is up, I will have gone to 3 lunches and 2 dinners, so that's pretty awesome, and more dining out than I usually do in an entire year. Woohoo! 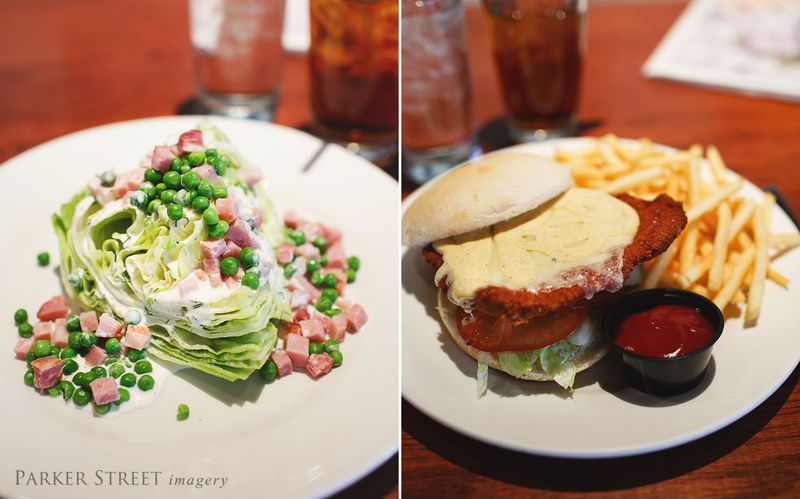