Day 4 started out with a trip to the Mall of New Hampshire, and a first visit to Build a Bear Workshop. With both Parker and Drew loving stuffed animals, we decided to treat them to their first Build a Bear so they can experience choosing a new lovey from start to finish. Drew immediately knew he wanted the little golden retriever dog, and Parker quickly gravitated toward the hulk bear (because it had built in muscles), but he also wavered between a couple of different ones before firmly deciding on Hulk.

They loved the process of stuffing, fluffing, naming, and choosing outfits for them. Although Parker didn't end up wanting any accessories for his Hulk, Drew found the perfect cowboy hat for his dog.

Packed in their houses, the new stuffed animals were ready to roll: 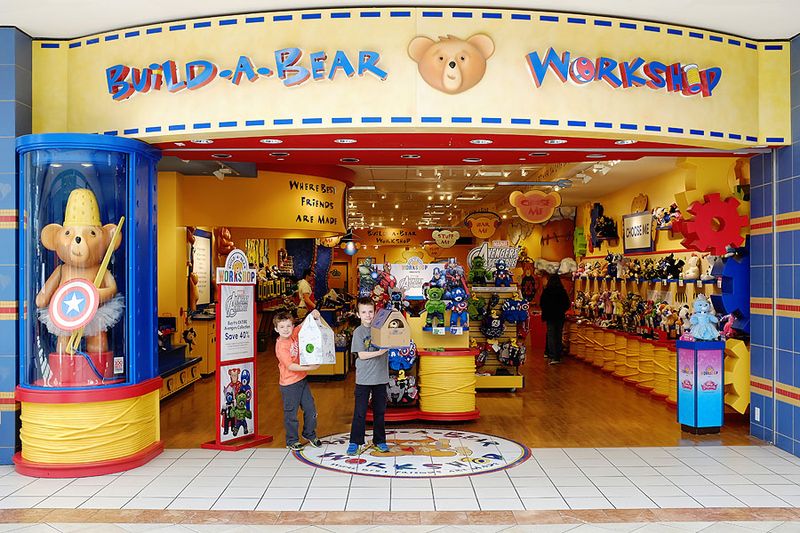 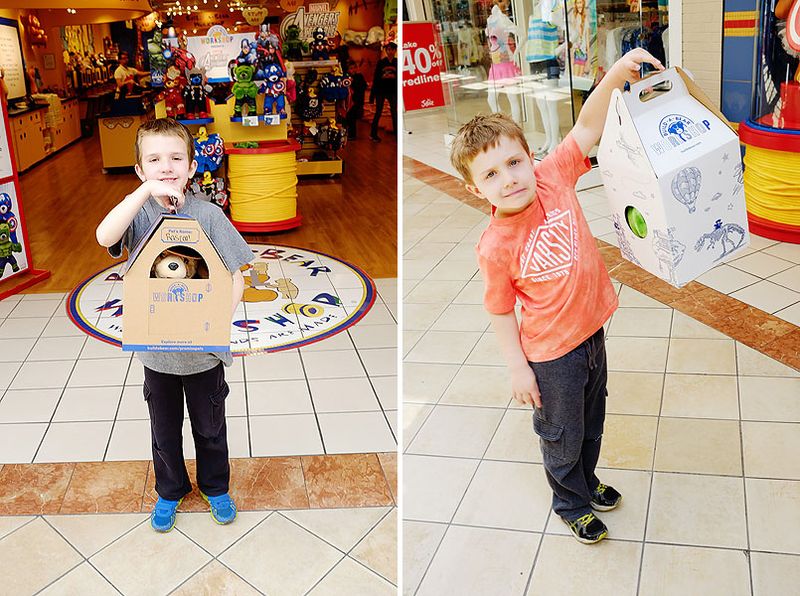 From the Mall, we drove straight over to Cactus Jack's, where we were meeting Dad for lunch. This week they offered Kids Eat Free, so we knew we wanted to take advantage of that! We had a great lunch and everybody got something that they wanted. Drew ordered chicken fingers, and I was glad to see that little bit of expansion (he usually gets a burger). 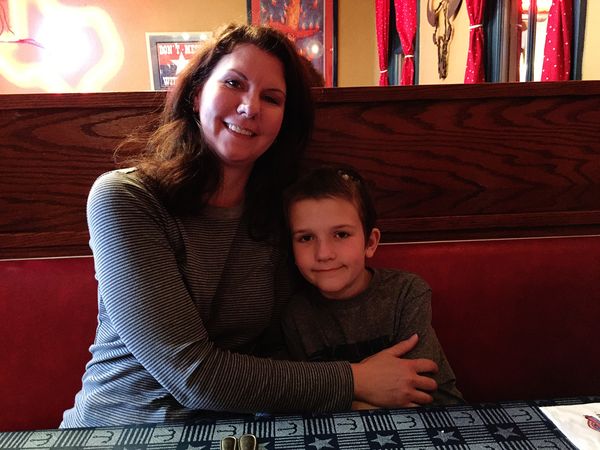 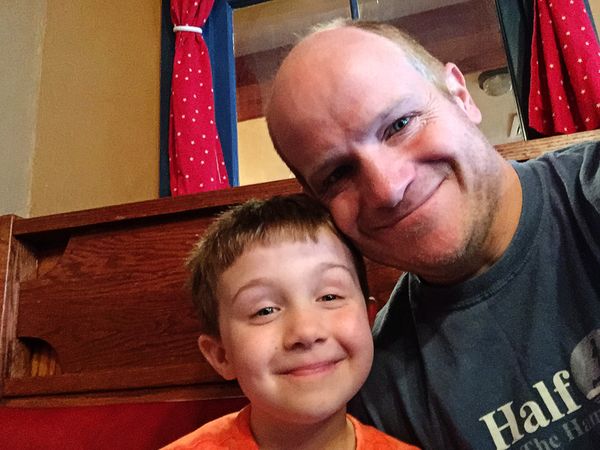 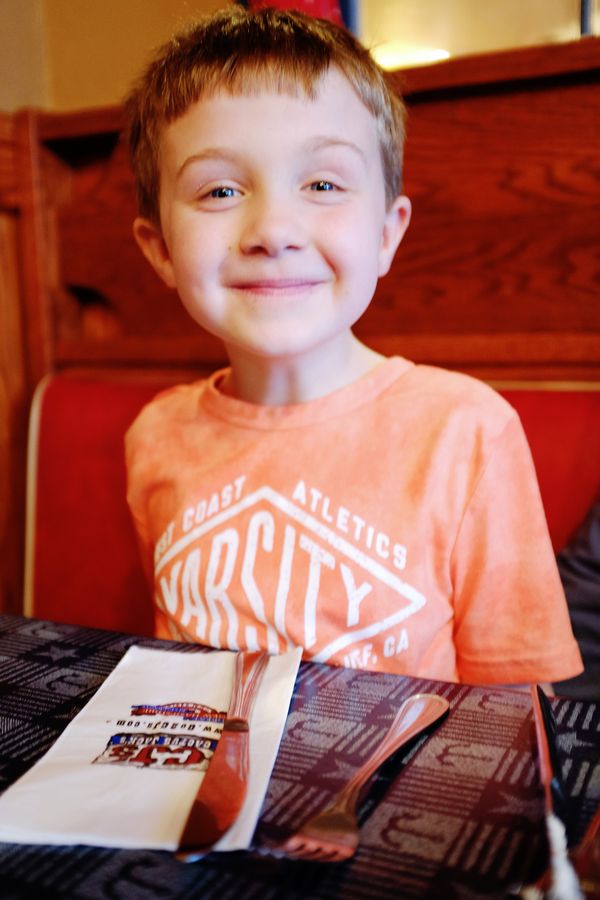 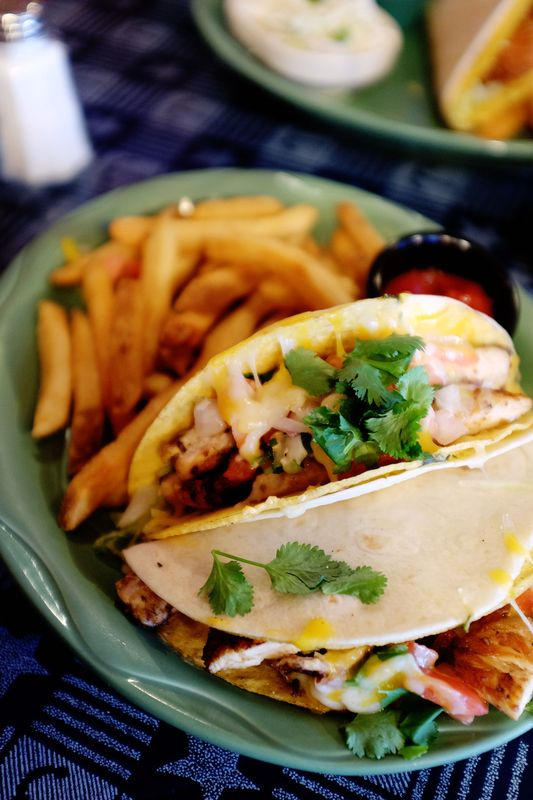 A little later that afternoon we went bowling at King's Lanes in Goffstown, which is something they always want to do.  Parker was in a really foul mood, and hated everything. He was listed 2nd in the game, and that infuriated him because he wasn't first. I had to listen to him complaining about how much he hated bowling for 2 whole games. 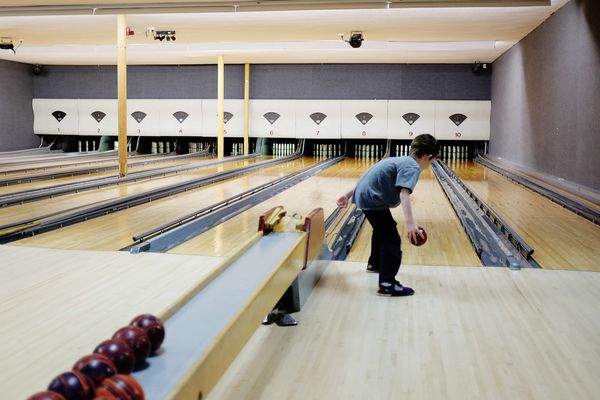 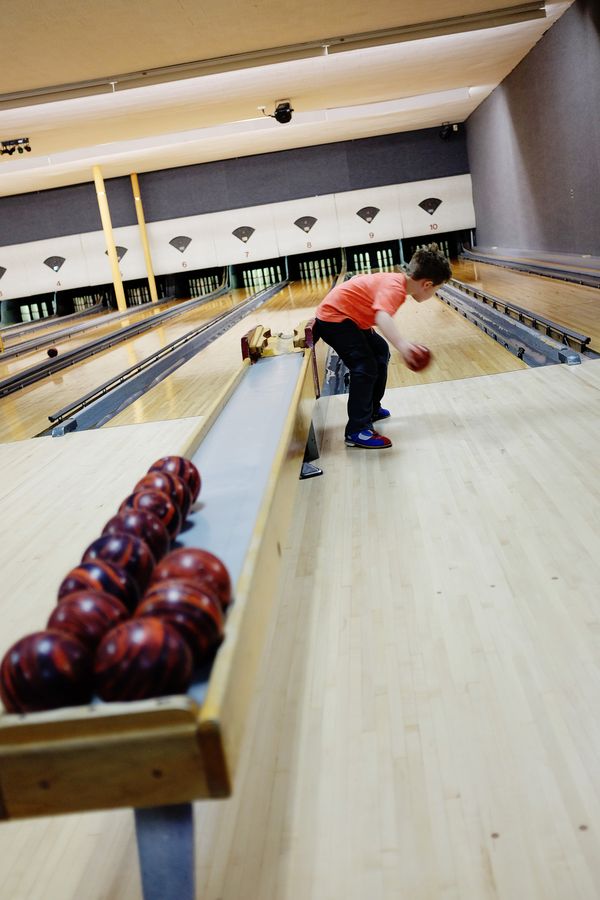