The fun continues during April Vacation week......  On Wednesday we headed down to Billerica, MA (a 1 hour drive) to meet up with Dave at the Cheesecake Factory at 11:30. He works about 15 minutes away, so it's easy for him to head over and have lunch with us there.

Dave and I have eaten at the Cheesecake Factory before, in a previous lifetime. I swear we can't even remember when it was, but it would have to be a minimum of 10 years ago. We barely remember it. What we DID remember is that Dave got this GIGANTIC grilled cheese sandwich which was unbelievable in size. It is no longer on the menu, to his chagrin.

We had a nice meal, and Dave got a big "glamburger", Drew had pizza, and Parker ordered pasta off the kids' menu with alfredo sauce which was the weirdest request ever because that's just not something he would normally want. I didn't think he would like it, and I was right. Although it was plain, it was pretty good.

I had no idea what to order, because the menu is like a catalog, and everything sounds so good. I ended up choosing something completely arbitrarily because I couldn't decide, and ordered CHICKEN BELLAGIO:  Crispy Coated Chicken Breast over Basil Pasta and Parmesan Cream Sauce Topped with Prosciutto and Arugula Salad.  It was delicious, but very salty. 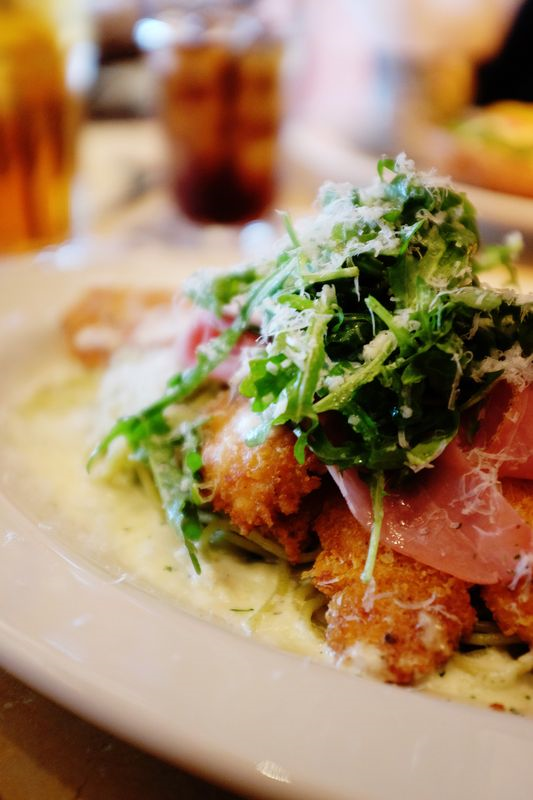 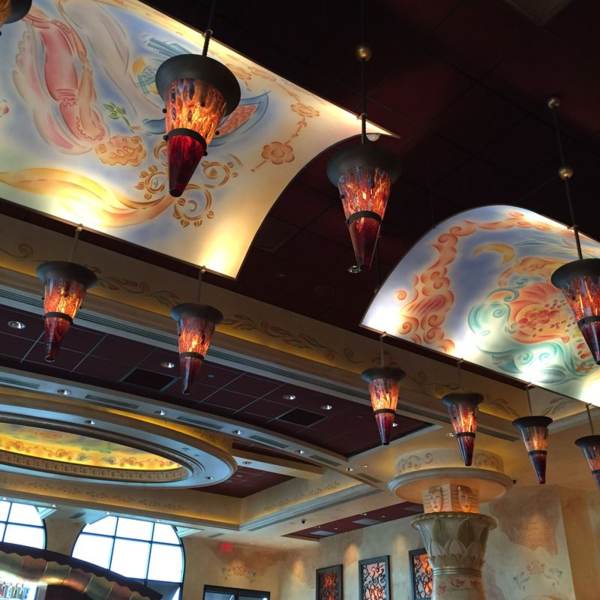 So after saying goodbye to Dad to return to work, we headed back up north home, and conveniently on the way was a new trampoline park that I wanted to visit that recently opened in Nashua. Originally I wasn't going to travel that far, but since we were already in MA it made since to stop on the way back home. It was fun!  It was also very crowded, since it was April vacation week, but Drew and Parker were so excited and had a really fun time. We'd definitely go back again. 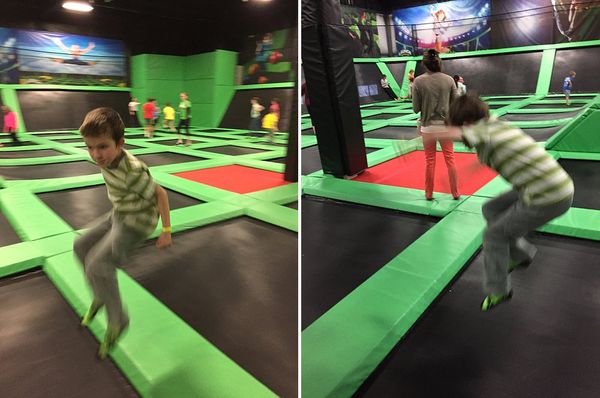 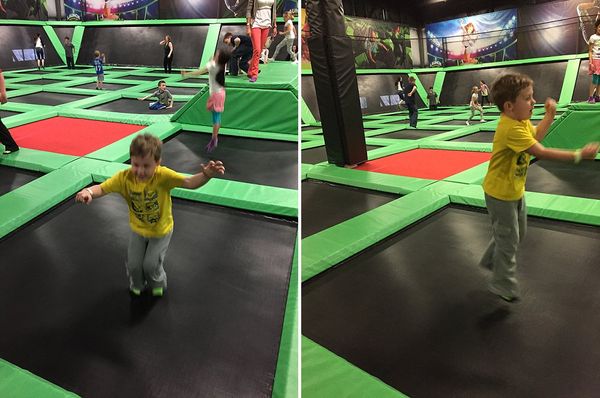