Early in the morning we were awake and ready to go! Ready to hit the airport and get on our way to North Carolina! Wow, Parker and Drew look completely homeless in these pictures: 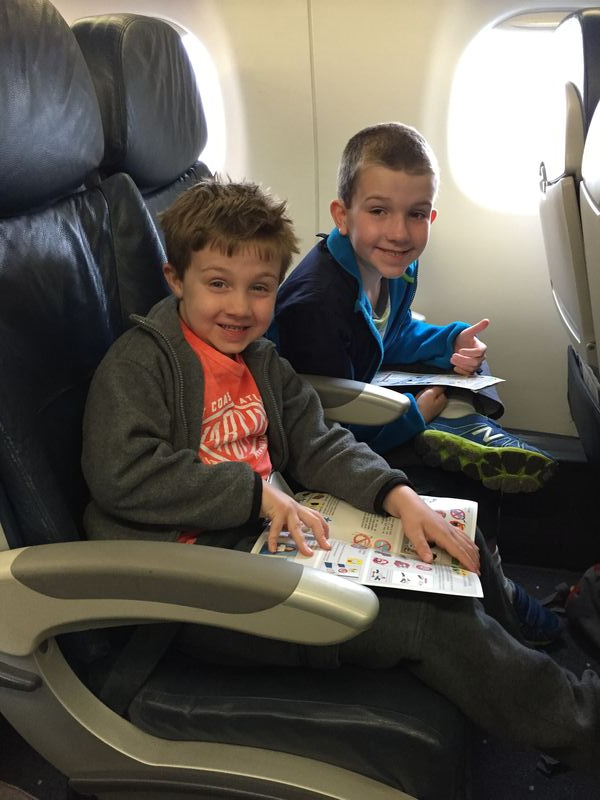 We had a 2 hour flight to Charlotte, which was an eternity to Parker and he kept incessantly asking if we were there yet and it was SOOOOOOOO LOOOOOOOOONG. They played iPad as much as they could, and I played Bejeweled on my phone. After we landed we had a decent layover which enabled us to have time for a nice lunch. I had carnitas tacos from Tequileria in the atrium, and it was quite good! We got Burger King for the boys (with chicken fries, of course) and they were kept happy with that. Afterwards, we caught our short 21 minute flight to Greensboro! 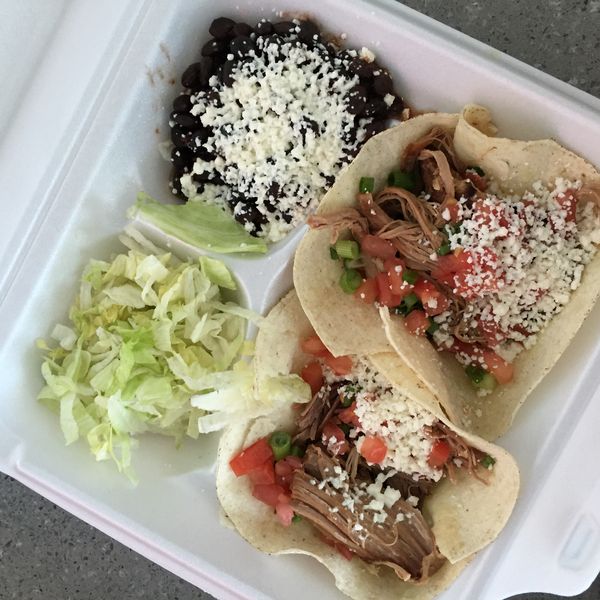 We arrived on a beautiful & warm afternoon, and took in all the pretty sights, most notably that they have leaves on the trees!! It was such a sight for sore eyes. We haven't seen leaves since last October. Just beautiful. 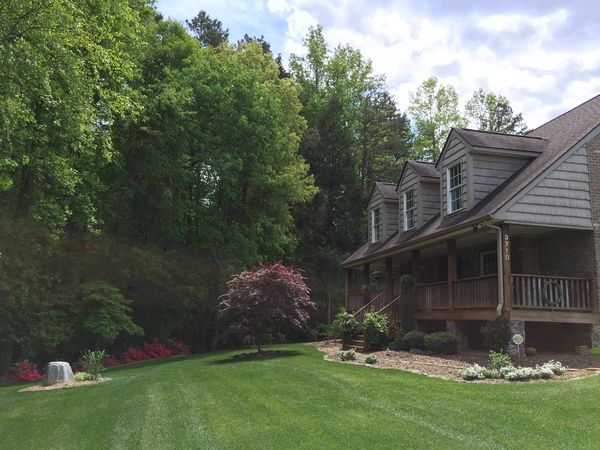 We found the perfect USA map at Beth Schmidt park to illustrate our journey: We flew from NH to NC

We had a good time at the playground and let the boys blow off some steam, and then we went to Cookout for our first meal and had a huge blowout $42 Cookout supper! I was dying for a Cookout style burger with chili, slaw, onions, and mustard.  Drew had chicken tenders which he said were "delicious" which is saying a lot for him. Must have been those big ranch cups! 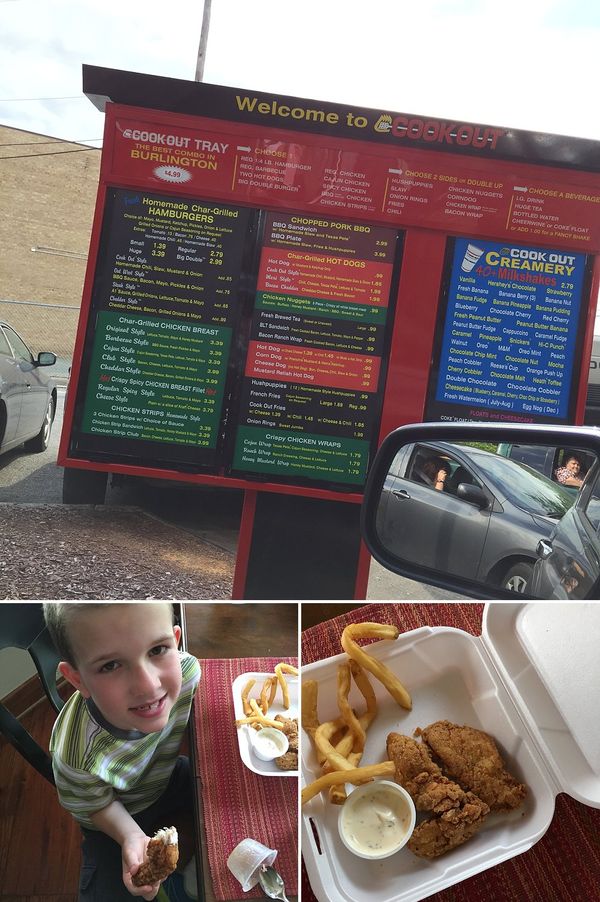 Parker of course had been talking about the milkshakes pretty much ever since we landed, and he let us know in NO UNCERTAIN TERMS that he wanted a milkshake. He chose peanut butter for his flavor today. I had banana pudding. 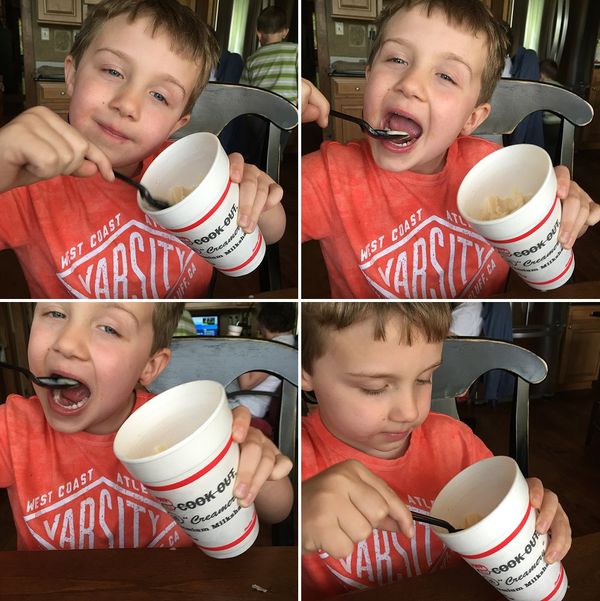 The day wrapped up with a fancy bath in a fancy tub. They love this, and apparently still not too old to bathe together. 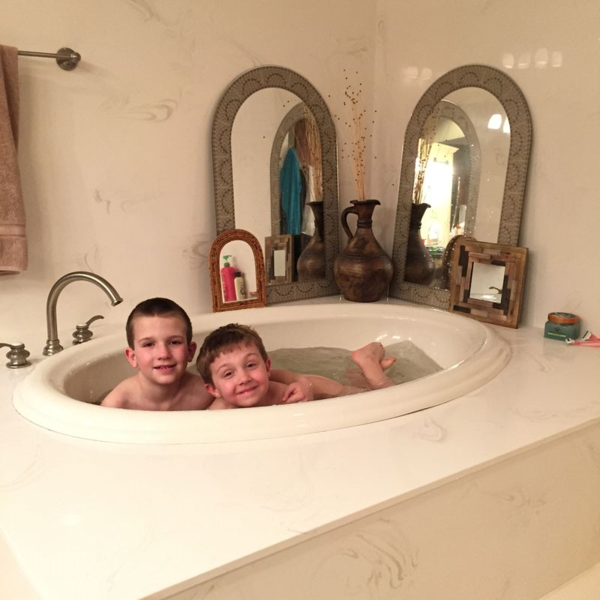