What an amazing day! Waking up in North Carolina to Parker's 6th birthday was lovely, and he was very excited although his understanding of what would happen was a little cloudy. He was asking about cake, and presents, and having us sing to him. We explained we'd be getting a cupcake later on, and that presents would come on a different day. But today, we were going to the Downtown Raleigh Food Truck Rodeo!

This was a great idea that Sara had, because it was the only day we could get together, and she knew that the rodeo was happening on that day. It was absolutely perfect, because I have never eaten anything from a food truck before! It features heavily on my bucket list, and has been something I was dying to do. In New Hampshire there just aren't that many food trucks, and they almost certainly are not where I ever am. So I'm way behind the times! The rest of the country has been consumed with the food truck trend, but of course things are slow to come to New England.  And how hard could it be?? REALLY?  You don't even need a building! Lame. 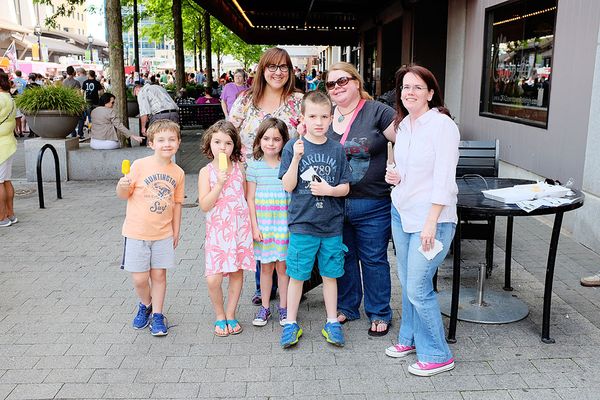 What a journey to get there! Kelly picked us up at the house, and then we drove to Sara's house, and from there we drove again to Raleigh where we parked nearby in the Marriott underground parking garage. By the time we finally got there (around 2:00), the kids were starving in a bad way. I felt bad because it had been a legitimately long time since breakfast, and they were fading fast.

We meandered through the masses of people trying to look at the food trucks to decide what lengthy line to get in, and they sprawled along a half-mile stretch of road. As we passed truck after truck, the kids were getting frantic, and Drew was in tears and he goes, "Can we start ordering food now????" So we found the Master Bacon truck which they liked the sound of, and we got in line, and split up with the rest of the group who all mostly went back to the start of the line. And we waited and waited and waited as they fought over the one and only pair of sunglasses we had. Finally we were up and I ordered 3 different things because I knew we'd never be able to wait in another line at another truck. This would have to be our only order! Luckily the food was great and HUGE. 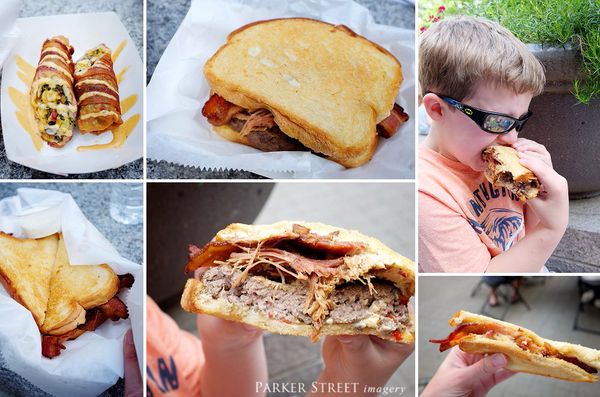 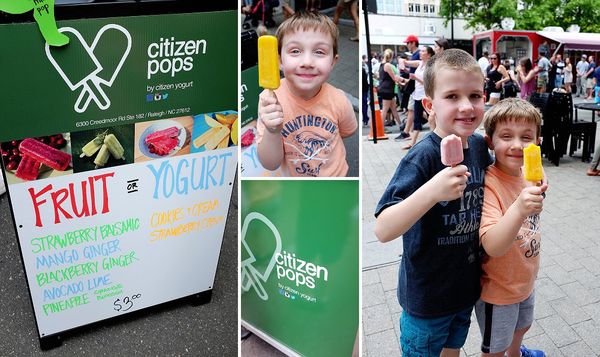 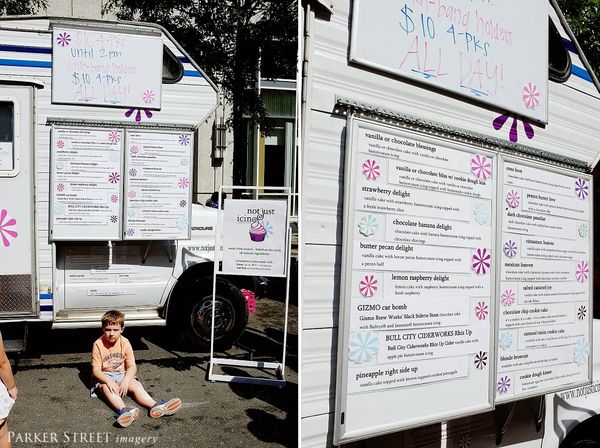 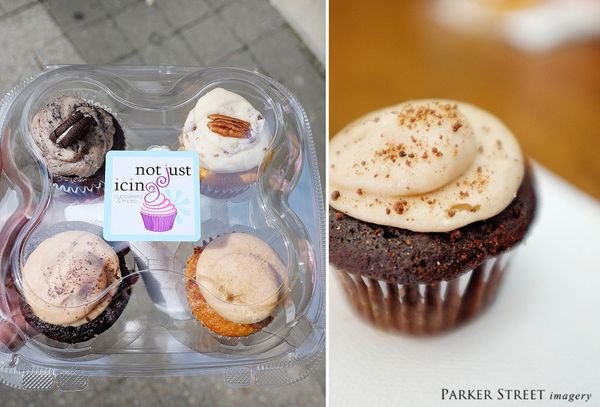