Looking back in posts from years past, some of the ones I love the most are about the freaking awful experience of doing the Christmas card photos each year. Since I haven't blogged in four years now, I'm here to tell you that IT HAS NOT GOTTEN ANY BETTER. My family is the freaking worst.

The day before Halloween, there were still a few trees left with some pretty color, well, I exaggerate....... maybe one, and the weather was pretty decent so I kind of impulsively thought that I'd snag everybody right after school and we'd get it done. Like if I sprang it on them fast enough they wouldn't have time to stew about it and we could just avoid drama and do it. Nice thought, momma, but that's now how these people think.

I told Dave, "After school. Pictures. Backyard." and he starts arguing, and moaning and whining. I go to pick the kids up and as we pull into the driveway, I said, "Get dressed, we're doing pictures." Same reaction as Dave (where do they get this from?) Parker was salty as hell. He wasn't eating enough at lunch at that time, only salads, so he was generally a train wreck by the time I picked him up from school daily anyway. (We later had a talk about eating MORE at lunch and now he's in a much better mood at the end of the day)

Literally all I ask of these people is to sit on a log and look at the camera. To be honest I wasn't thrilled with it either. I'm fat, my stupid hair was a mess, and I later realized my leggings were entirely covered in cat hair and fuzz. Parker was in tears with red eyes. Drew just sat there being the Very Good Boy that he is, following directions (burst into tears just right after this photo). 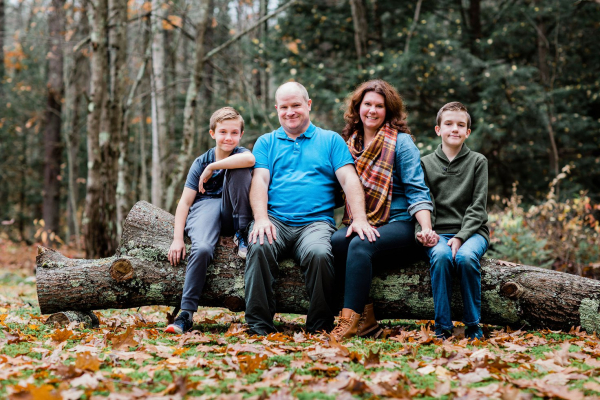 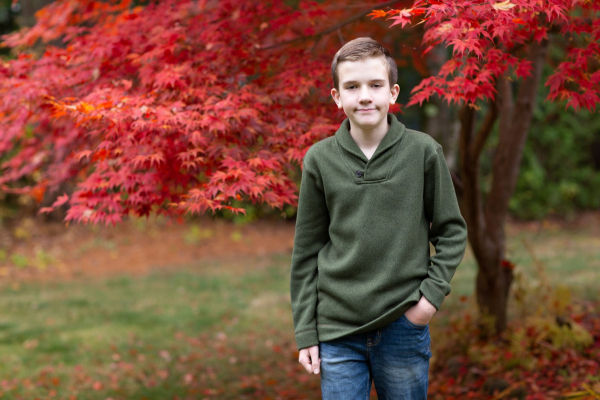 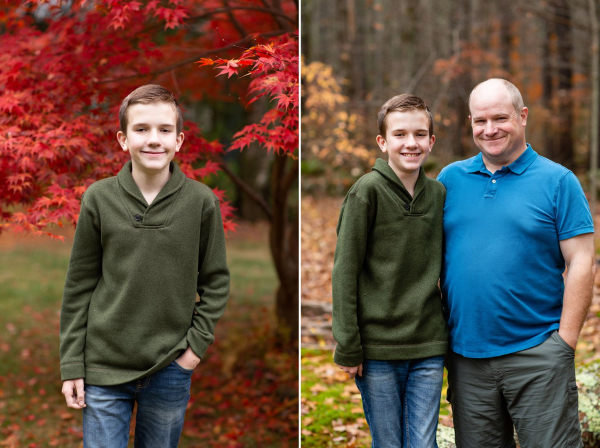 After I dismissed Parker and Dave, I was still able to get a few good ones of Drew in front of that gorgeous Japanese maple tree which was so incredibly vibrant. Little did anyone know Drew had also been crying just minutes before. I mean, these people are impossible.

So a couple of weeks later I knew I had to do a re-take because it made me sad to think about sending out cards where where everybody was crying (not that it hasn't been done before!) and thank goodness for this blog to remind me of that fact. I took note of the things that I had possibly done wrong the previous time, which were:

So for the re-takes I scheduled it in advance for 3:15 on a Saturday where everybody had time to prepare, and could have lots of snacks (God knows.......). I'd been watching the exact timing of the sun in the field next to our house, waiting for it to come down to the right place to backlight the tall dried grasses. Anyway, this one went much better. Still lots of griping but nobody cried. 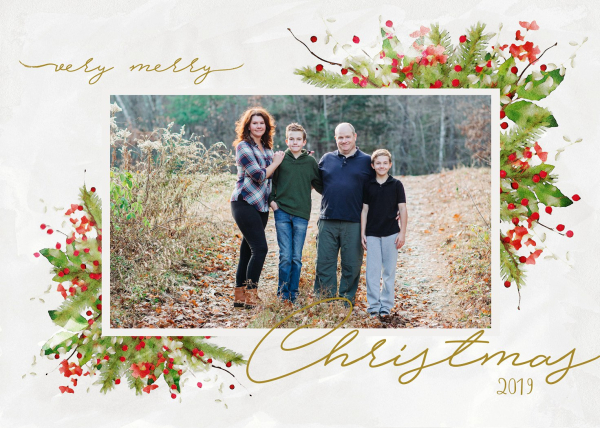 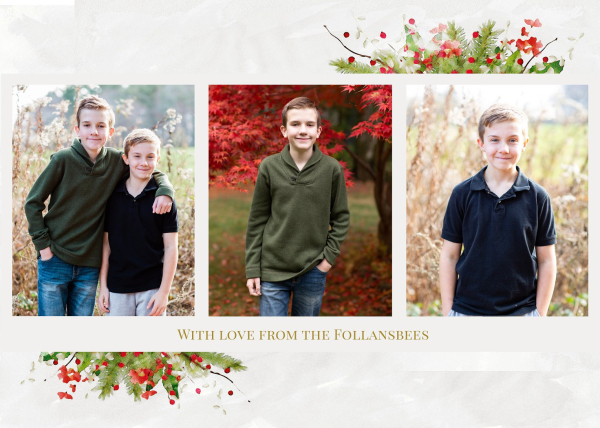