Today was Drew's first day of kindergarten! What a big boy. He was actually excited about it, and was very cooperative this morning, except for his new shoes.  Said they were too tight. All right, I'm not fighting him over shoes on the first day of school.  He endured my picture taking on this very soggy and disgustingly muggy morning. My camera was completely fogged over and would not clear up, it was so humid.

I made him pose with this little chalkboard for a while, and he was fine with it, except he's all into doing the super exaggerated smile. 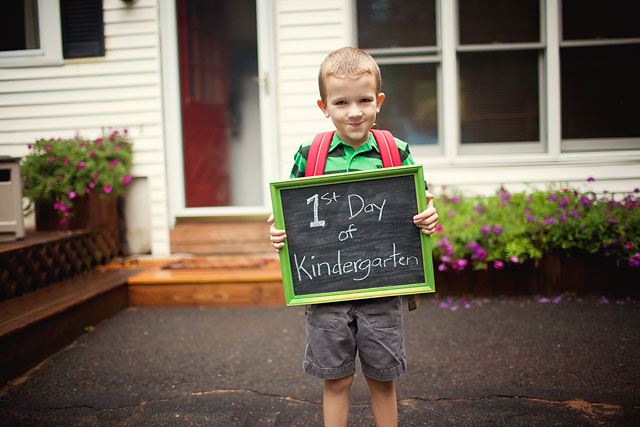 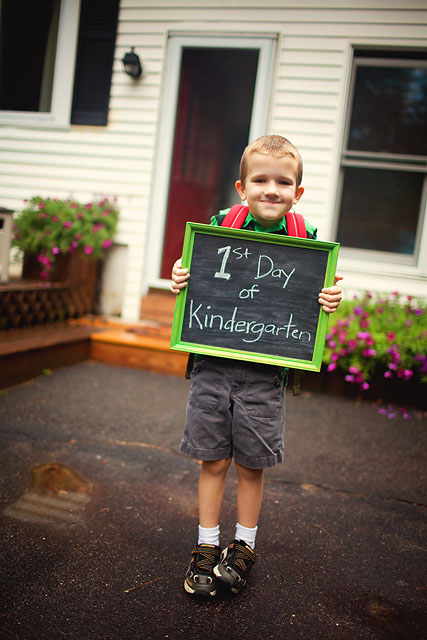 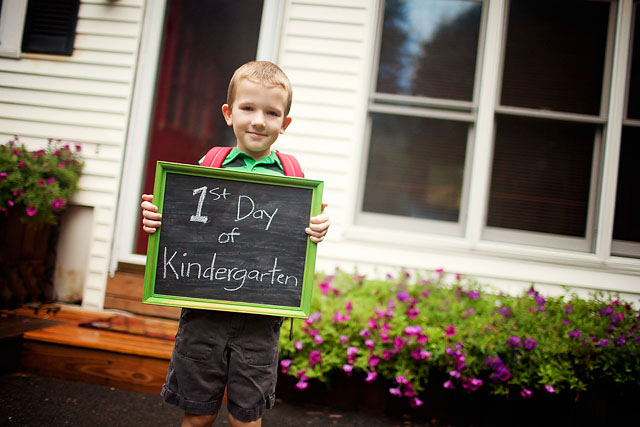 So then we got to school and I had him hold the sign again (because he doesn't know enough to be mortified by that yet ;) in front of the rock sign. It was hard to get a good picture because Parker was all in the way, Drew wasn't focused (not that I blame him), blah blah, finally I gave up and turned around and there was a CROWD behind me waiting to take pictures in that same spot. Way to piss off the other parents on the very first day. Embarrassed, I got back to the car and checked my time stamps on the pictures and was relieved to see it was only 30 seconds for that series of photos. It sure felt like four minutes. So that's not too indulgent; they can get over it. 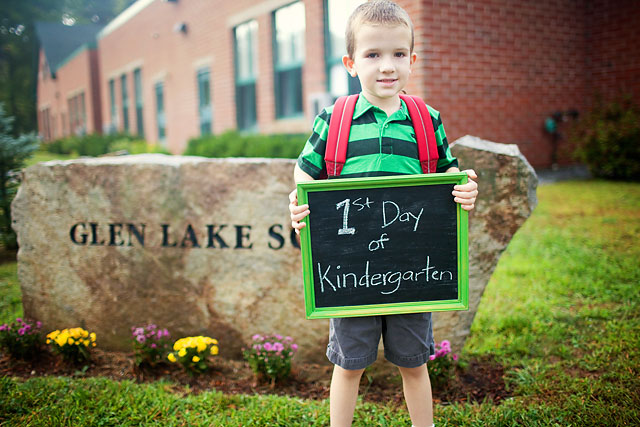 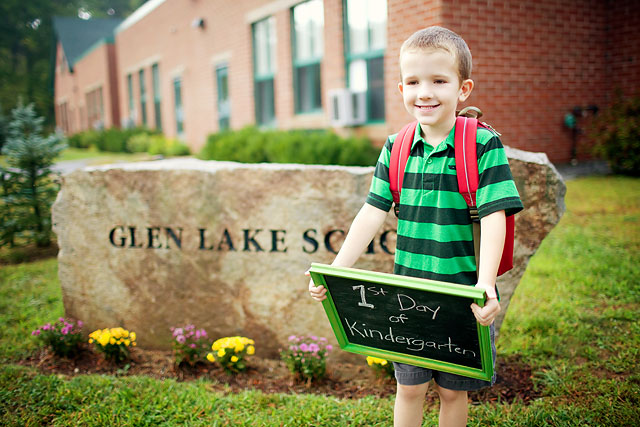 Must have been a pretty tiring day, since he went to sleep right away and didn't even wake up when the earth-shattering blasts from the pumpkin field rattled the walls of the house.  Normally that kind of thing sends him into hysterics but he didn't even budge through it!