how do you work this thing?

It's finally happened. I have become a technology old fogie. I never thought I'd see the day!  I just sat down to watch Prison Break (convinced myself I was gonna watch both episodes tonight and pay the consequences tomorrow) and realized I couldn't turn on the dang TV. Dave has gone through 2 hi-def TVs in the past week and seeing as how I could not even recognize his LAST remote, well.....  I could not even turn the TV ON.....   yes, I watch so little TV that I don't even know how to turn the things on. 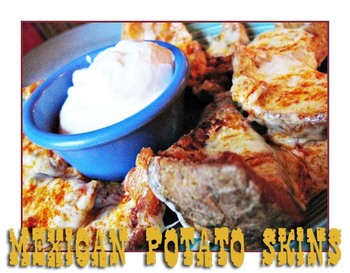 Supper tonight was at Tortilla Flat---delicious!!  It was us and 2 other tables. Then they both left and we were alone as the sun went down. Gotta love little places for that privacy.

never been the TV watching sort....

So I have a new favorite commerical..... the one for PetSmart with the little datchund and his toy ooooohhhhhhhhhhhhhmigod. Makes me want to run out and get one this very day so I can just eat him up.  Soooo unbelievably cute, they should make that illegal. GOD that is just the cutest thing ever.....

What a day! I think I had loopy and unfit dreams from sleeping in a bedroom filled up with latex paint fumes.... I know they're nontoxic (I hope) but they sure do stink. I did in fact paint the ceiling yesterday (as my neck muscles will attest to) and it looks beautiful. I was able to wake up this morning and sleepily look at the ceiling and think to myself, "Dang that looks good."  I will not miss those random soot streaks, weirdness, and 30-year dingy discoloration.

I don't even KNOW what I wasted the day doing today but then I met all my work girlfriends for dinner at Cactus Jacks and got caught up on all the dirt that I missed this past week.  Even though I don't like my job, the fact that I've known these ladies for several years and pretty much live and breathe with them for 40 hours a week makes them feel more like family. It's a very comfortable thing.

It's Friday night... let's reflect back on all the great TV I watched this week while on vacation, shows I've never watched before because I'm not up at those hours during the work week..........  Monday was Prison Break--oh! DANG I wish I could stay up for that. I watched 2 back-to-back episodes and was completely hooked.  Then Tuesday is my current favorite Bones (is it a step forward or backward for Angel? --not like he had a choice-- I can't decide. Bones is definitely more commercial but I have to admit I miss the friendly esoterics of Angel, this role doesn't really capture all of David B's range)  which I can usually catch since it's at 8:00 and then after that I watched House. So good!  Wish I could watch it every week. And then Wednesday night--woohoo!!-- GHOST HUNTERS!  Man I could watch that all day. This week happened to be a marathon, I was holding my eyelids up with toothpicks.  Last night I watched National Treasure on DVD.... yeah!!!  Today I watched a few marathon episodes of Third Watch.... that is a very dramatic show.

So that's my indulgence in prime time TV.... I know those of you that know me are like, What the HECK have you done with Erika?? But yeah, I did get sucked into the boob toob this week.  TV seems to be better than it used to be. Or maybe I'm just less discerning than I used to be?? :)